Lawsuit city, loss of her job, and internet harassment/doxxing; I have no sympathy for this sad excuse for a woman who grievously overstepped her fucking bounds.

I wonder who she voted for…

An everyday occurrence in Catholic School during the 1960’s and 1970’s. I stood, but I did not fold my hands in prayer or say the prayers and did not say “under god” during the pledge. Plenty of nuns got their undies in a bunch about me, and a few lay teachers, too!

Parents really need to speak up about this crap and protect their kids from grown-up bullying.

Well my heart goes out to that poor kid for standing up for what they believe in and practicing civil disobedience. I grew up in a different time, and somehow despite being in a much more conservative place than present Colorado my omission of “under god” and eventual refusal to cooperate with the entire ritual was more or less tolerated. I either got very lucky 20-30ish years ago, or things are getting worse.

They’ll fire a teacher sure, but our government endorses violence against children every day. Assaulting a child to force their compliance is legal in every state as long as a so-called parent does it. And trust me, officials will allow it to go pretty damn far, like “sandpaper to remove scars from self-harm” far: Article In that case the child was not removed from the home.

I can’t discuss cases of children who have been in my home (I’m a foster parent), but if I could I would curl your hair. We don’t learn what happens to our kids once they return home or otherwise move on, but I have images in my head I’ll never forget.

Children are tortured every day in this country and the government won’t do a thing about it.

I assume that (unfortunately) goes for the kid, too. (Or maybe that’s who you meant?)

No, I meant the teacher.

I doubt the kid’s name will be released by the official news channels because he’s a minor… but I could easily be wrong about that; nothing makes much logical sense anymore.

I don’t know that I agree that political violence is worse than physical assault. If I were an administrator, I would discipline and make a plan with a teacher who verbally tried to force a child to stand for the pledge, I would dismiss for cause a teacher who assaulted a student no matter what circumstances.

My first political act was refusing to say or stand for the pledge of allegiance… first grade. Really glad I didn’t have to deal with this.

This, from Wiki. (We are behind in so many ways.) 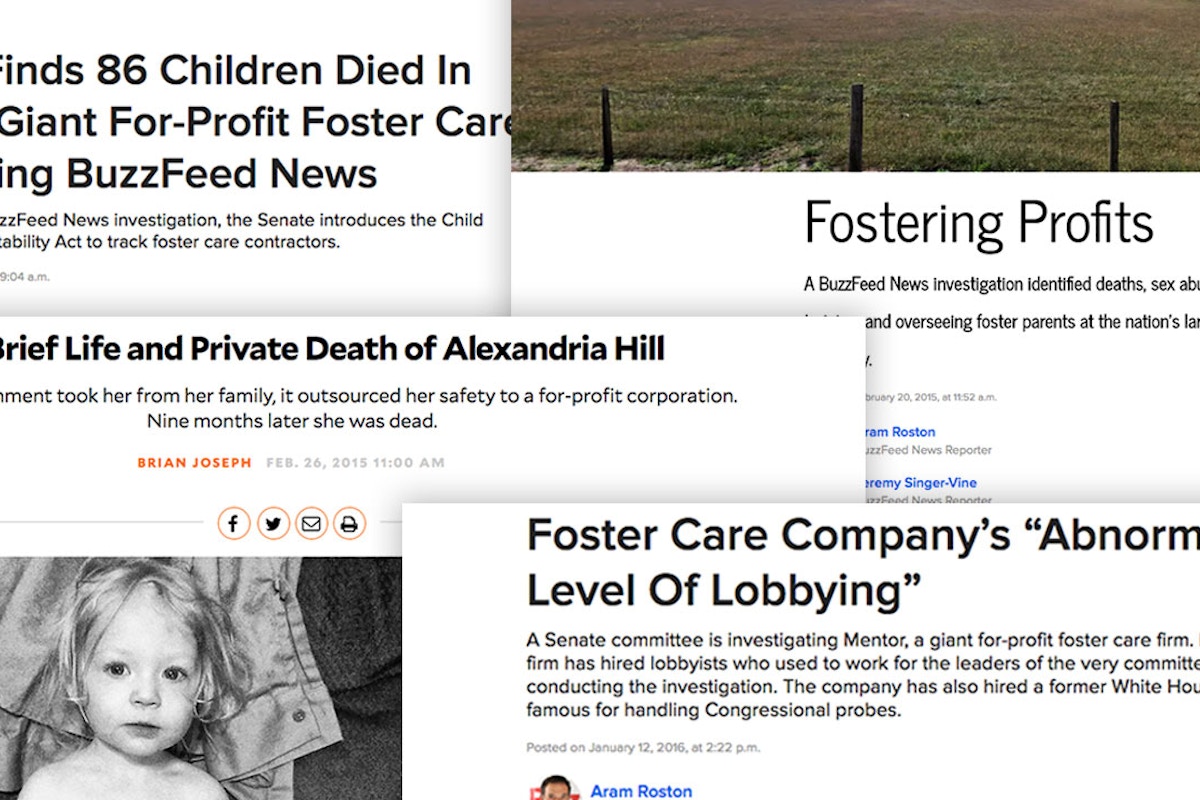 Children Are Dying at Alarming Rates in Foster Care, and Nobody Is Bothering to...

A two-year investigation finds shocking indifference to the fates of neglected children in for-profit group homes.

Better outcomes are not guaranteed by state intervention.

Better outcomes are not guaranteed by state intervention.

Sounds to me like more state intervention, regulation and especially oversight is needed in these cases.

We have another contestant for Douche Bag of the Year.

Lawsuit city, loss of her job, and internet harassment/doxxing; I have no sympathy for this sad excuse for a woman who grievously overstepped her fucking bounds.

I have no sympathy for her either. I nonetheless hope she isn’t subject to internet vigilantism. Advocating for her being fired and her and the district sued, yes please. But I don’t believe pseudonymous internet harassment ever stops at social justice. It usually includes rape and death threats, and often careless misidentification or collateral damage to neighbors and family members.

ETA: Just being clear. Obviously I know you too stand adamantly against physical threats and collateral harm.

We have another contestant for Douche Bag of the Year.

I’m pacing myself for the marathon that 2018 is shaping up to be, but it’s enough that she’s nominated.

How is this making international news, anyway? Someone must have smelled savory clickbait. “Several parents told CBS Denver they believe the story had been ‘blown out of proportion’.” No kidding.

I think it’s important. Fascism in the classroom is it’s most dangerous haunt. It’s a sign of the times. Ideally I’d like the school district to reform on its own by making it clear this sort of political violence won’t be tolerated by the kids in their charge. Unfortunately, in the US the prison-educational complex rarely reforms without being sued.

I also think it’s right and natural for parents to be especially disgusted by this. Often the hardest thing about loving someone is knowing how callous the world can be to them.

I find her tie-dye t-shirt disconcerting.

When not standing for the pledge is even considered civil disobedience or abnormal, we need to recognize how far we still have to go.