Cry my a fucking river.

Icahn can fuck right off. Hasn’t he got bored of destroying people’s livelihoods yet? Parasitic scumbag. 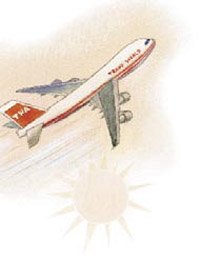 TWA - Death Of A Legend

Half a century ago, TWA was the airline of the stars. Controlled by one of the most glamorous figures in aviation history, offering the first nonstop transcontinental flights (not to mention freshly brewed inflight coffee), TWA embodied all the...

I’m no fan of Andreessen these days, but I guess Icahn is still smarting from losing his fight to ruin Apple.

“I dispute all accusations.”