Ted Cruz, Tom Cotton, and others are trying to censor a Netflix film they haven't seen

Cruz doesn’t even have his facts right (shocking, I know). The “minor’s bare breast” is in a video of the protagonist’s competitors, who are clearly stated to be the older competition. While it doesn’t say if those competitors are 18 or not there’s no evidence that they are minors- the entire point is that the “Cuties” are trying to act older to emulate the culture they see online and compete with more mature dancers (at one point they lie and try to pass for 14.)

And what is the movie about and why do they want to censor it? Also WHO wants to censor it and how much power do they have to do so as opposed to just not watching it. That matters. You are making an argument that ONLY functions to justify oppression and censorship by eliding these important distinctions whether you meant to do so or not. You drew a false equivalence and can’t accept it… It is no time to act smug dude.

This problem (blowing things out of proportion, making judgments without context, Orwellian tactics, Cancel culture) is on both sides of the aisle. Acting like anyone has the high ground in this behavior is unbecoming.

Democrats and liberals aren’t 100% innocent of this type of attempted censorship (Tipper Gore ca. 1985 comes to mind), but historically Republicans and conservatives have been more prone to it by a wide, wide margin. That’s especially true when GOP politicians see a cheap opportunity to pander to the Know-Nothing rubes, as is the case here.

If you can’t acknowledge that reality, you might also (for example) have trouble distinguishing between a person who fancies himself a iconoclastic and supremely neutral paragon of free speech and yet another privilege-blind bothsidesist edgelord.

But then Thomas made it partisan, when in fact everyone of all persuasions love to jump in with judgments without context or basic facts.

Thomas is writing about federal US politicians “jumping in with judgement.” You’re probably right that people on each side like to jump in, but it seems unfair to hold the actions of some soccer mom on Facebook up on the same level as a US senator. If you have examples of similar actions by D senators, you might be able to make a case. But I don’t think you do.
ETA: @gracchus provided an example. If you choose to accept the challenge, try to keep in within the last election cycle or so, to keep it timely.

I’m kind of glad that this film had so much controversy because it caused me to watch it.

You think the would be censors would have noticed this pattern by now.

But the outrage is the important part.

So, if they hate this - they are going to go all out against the creep who owned the Miss Universe contest and was caught bragging about how he enjoyed walking into the dressing rooms while the girls were changing, right?

Both sides of the aisle:

The right - politicians investigating and trying to ban media (aka, actual censorship)

The left - consumers banding together to boycott products that support views they don’t agree with (aka, not censorship and an actual fair use of free market tactics)

Remind me again how these are exactly the same? Because ummm… no. Cancel Culture is just the rebranding of “politically correct” insults which are designed to say “My right to be as racist and sexist as I like is more important than your right to tell me I’m wrong.”

Do they really not understand that trying to censor the film is going to quadruple the number of people who end up watching it? Or is that what they really want?

Cancel Culture is just the rebranding of “politically correct” insults which are designed to say “My right to be as racist and sexist as I like is more important than your right to tell me I’m wrong.”

FWIW, here is the Guardian’s review of the film: 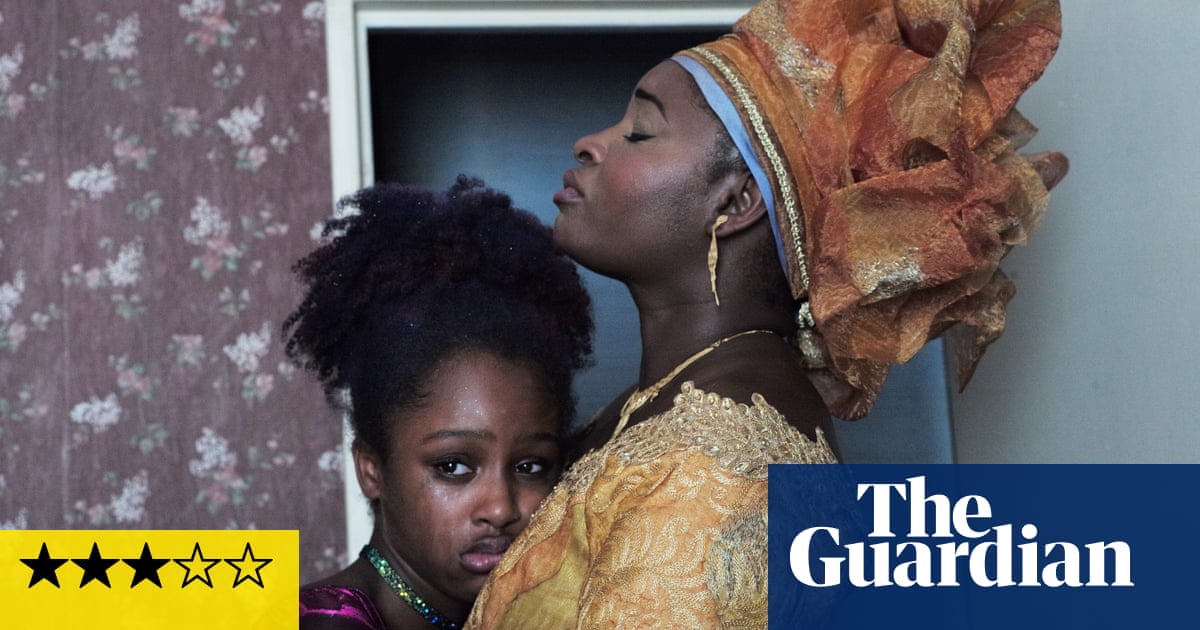 Despite the increasingly toxic debate, Maïmouna Doucouré’s film and its accusers are on the same side: attacking pornification and the false promise of liberation by sexualised display

I posted an article of David Shor being fired for (completely neutrally, because it was his literal job) reposting academic research that showed (shock!) rioting tends to lead to increased political support for “law and order” political parties.

People being fired (and therefore encouraging self-censorship) isn’t exactly “a soccer mom on Facebook” situation - although a brief run through Ronson’s So You’ve Been Shamed shows the power of crowdsourced outrage as well.

What rioting? The police riots that are being used by the right wing to attack people advocating for the right to exist without being shot by the police? Those “riots”?

The Shor case is literally the only one that bothsidesists ever bring up in these discussions. They ignore the fact that Shor apologised for the tweet in question being so badly written, and they ignore the fact that someone holding a job like the one Shor got fired from is expected by his employer (whose mission is to help “public and private sector organizations find, understand, and connect with the people they care about”) not to communicate so poorly that his words can be twisted by right-wingers to support their cause.

Plus blogs are kinda for making partisan comments if you feel like it surely?

Is not always a bad thing. Actions have consequences. Having to live with the consequences of one’s actions and/or speech does not make them an “innocent victim.”

@kthejoker: If you are going to cite Shor as “not the only case,” you really ought to cite those “other cases” instead of just mentioning Shor’s name as some political mantra.

Sitting US Senators calling to use the apparatus of the State to censor a film and economically destroy a company based on assumptions and without even seeing the film in question is very, very, very fucking different than a bunch of people on the Internet saying, “Hey, JK Rowling said some fucked up, hurtful shit, and as a result of that, we don’t want anything to do with her anymore.”

And as @Mindysan33 rightly points out: that’s still different from saying “Hey, the casting choices in this movie are lazy and reductive and reflect poor judgement and a disregard for peoples’ lived experiences, so we don’t want to see this movie, and we’re telling you why.”

So yes, @kthejoker, there is nothing partisan about people getting mad about things — for legitimate, and illegitimate reasons — and wanting those things changed or out of their lives. It’s a universal, human thing. This is what made the summer’s ridiculous Cancel Culture non-troversies so frustrating — the insistence that it was a “liberal” issue. No, all that changed is that strangers on the internet were able to come together and amplify their voices, when their complaints had been previously ignored. Do things go overboard sometimes? Sure; I’ve even been on the receiving end of that. But I’m also not going to crap on people who have legitimate grievances for not handling it “correctly” when the world is falling apart around them and everyone is on edge about everything anyway. I get it.

It’s telling that no one calls it “Cancel Culture” when someone gets abandoned by their family or community, or loses a job because of their gender or sexual orientation. It’s never “Cancel Culture” when a Black person faces retaliation for pointing out racism in the workplace. We don’t even call it “Cancel Culture” when it’s literally the government trying to weaponize the law to censor things they don’t like in theory but haven’t actually engaged with. “Cancel Culture” is what you call it when people step out of their place in the social hierarchy, and it makes people in power uncomfortable.

It’s telling that no one calls it “Cancel Culture” when someone gets abandoned by their family or community, or loses a job because of their gender or sexual orientation. It’s never “Cancel Culture” when a Black person faces retaliation for pointing out racism in the workplace. We don’t even call it “Cancel Culture” when it’s literally the government trying to weaponize the law to censor things they don’t like in theory but haven’t actually engaged with . “Cancel Culture” is what you call it when people step out of their place in the social hierarchy, and it makes people in power uncomfortable.

Dammit! I’m still one phrase short of my freeze peach absolutist bingo! Could you mention “slippery slope” or “Nazis” in your next post? Kthnx.

ETA: Thanks for mentioning “thought police” but that’s way off in the corner of my bingo card and doesn’t help.

I’m not sure if you meant to reply to me on this, but to be clear: I 100% agree with you and was trying to clarify the vast difference you so clearly state in the 1st paragraph here. And also:

“Cancel Culture” is what you call it when people step out of their place in the social hierarchy, and it makes people in power uncomfortable.

More on the controversy on the Guardian: 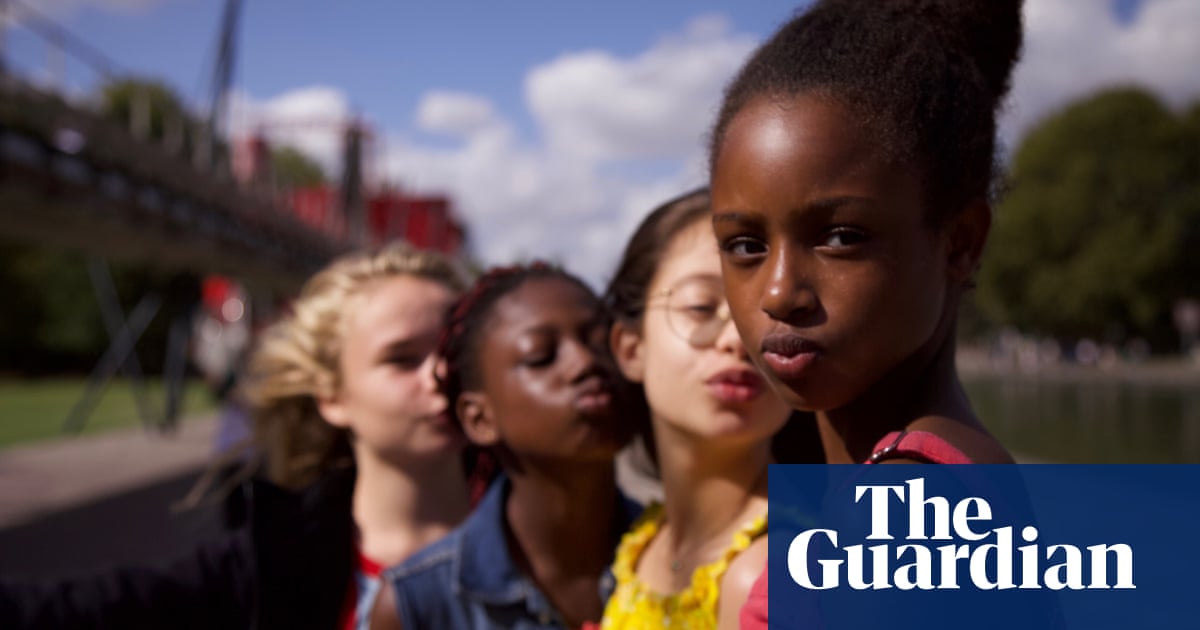