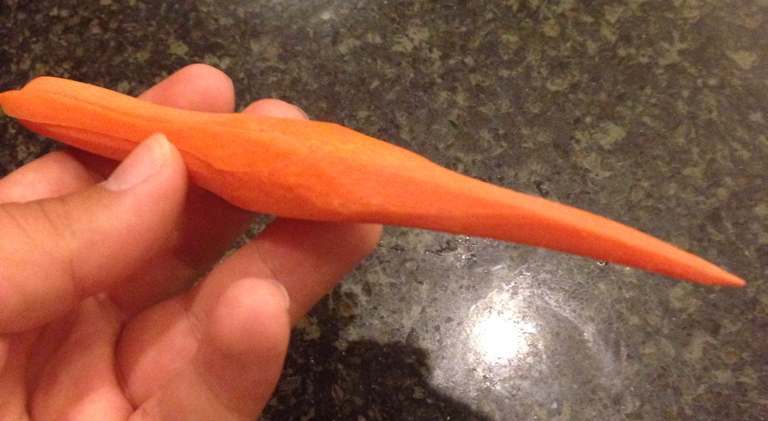 Some things like it when you toss a carrot their way.

Please tell me that this is Photoshop or a movie still or even that the person in this picture has really tiny hands. Seriously, that thing puts even large cave crickets to shame! 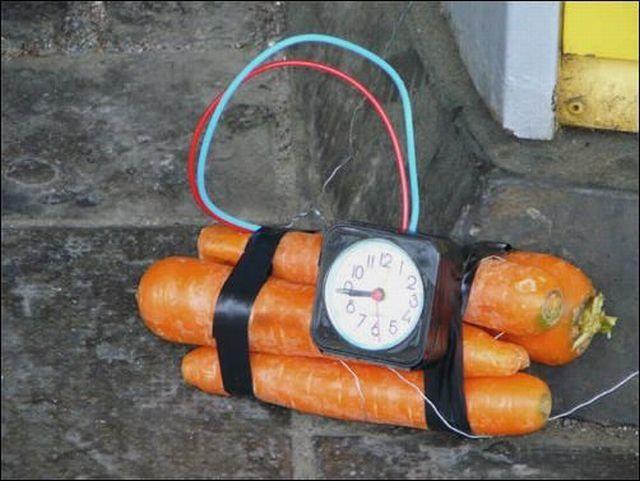 Beware of the clock!

via @milliefink in the gif thread

Seems to be legit.

Now if someone had thrown the giant weta at her, she might have a cause.

That is an honest-to-peter-jackson weta. Apparently not dangerous, but still huuuge.

Hey! You’re not allowed to steal my idea for a pancake house specializing in unique pickle varieties located cozily next to a courthouse. I’ll call it, “A Salt And Battery.”

Oh really? Would you be willing to stick your – never mind, not gonna go there, nope nope nope.

Well then. I’m not sleeping tonight.

Sorry, I know I’m suppose to be outraged, but I’m not. Throwing things at a teacher is assault, and if some of the bullies had been charged with assault when they beat my ass up as a teenager, maybe there wouldn’t have been so many bullies. I think it’s perfectly reasonable.

There are not enough jails. If there were, there would not be enough guards. If we automate the guards, we will still need far too many un-jailed for police & judiciary to enact your scenario. It just isn’t possible.

I don’t care that you’re not outraged, it’s far more puzzling to me how you find it reasonable when it isn’t even likely. Or how you are willing to criminalize children for behaving in a childish manner. Kinda sad.

I saw bullies when I was a kid too, but they bullied other kids, not teachers. And “assault,” or any other legal charge, for throwing a BABY CARROT? I can’t agree with such charges for such puny infractions because to me, they exemplify today’s heightened criminalization of youth, and the consequent and ridiculous overreaction of hammering them legally.

That a weta from New Zealand. That is not 'shopped; they really do get that large.

Good question. It’s a matter of definitions. If you can’t see the nuclear bomb, but your Geiger counter or your sudden hair loss tells you it’s there, is it concealed?

“Salt and Battery” is the name of my emergency road service supplies business.

When I was 18, I worked on a ship during dry dock; my job was to help replace some of the old sewage pipes. 60 hour weeks of 40 degree heat with high humidity (this was in Singapore), confined spaces, open sewage pipes and cockroaches big enough to feed carrots to (not quite as big as that weta, but the body was as big as the palm of your hand). On the positive side, nothing grosses me out any more. 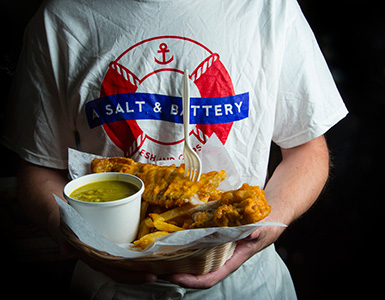 It could be as simple as grabbing somebody’s hand to shake it. Because, you know, a hypothetical “reasonable person” would have known that that was a threatening gesture…

Well, that’s why the “reasonable person” is in there. As long as everyone agrees that punching people in the face because they looked at you wrong is not acceptable, but handshakes and bat’leth duels to the death are an everyday part of our culture, this is an important safeguard.

You have to work on the assumption that most people do not know the letter of the law from the beginning to the end. They are more likely to know, and agree on, what is acceptable to “a reasonable person”. Next, every situation is different. You won’t find a one-size-fits-all definition.

Consider a law that’s supposed to bar teachers from personally insulting their students. Should the law enumerate a list of terms that teachers are not allowed to their students? Mean teachers will just make up new terms, friendly teachers will get in trouble for using one of those words jokingly or in an entirely harmless context. Do you prohibit anything that the student defines as hurtful Maths teacher: your result is wrong. Student: He insulted me!
A “reasonable person” will know the difference.

To me, assault charges for throwing a baby carrot at a teacher look like a failure to apply the “reasonable person” test at multiple levels.

That charge should have been thrown out of court within minutes and the teacher out of the school. Pressing ridiculously overblown charges against your own students is not appropriate behaviour for a teacher.