Lattin claimed that his truck, which was emblazoned with a pro-police message, was spray-painted by anti-police vandals with the words, “Black Lives Matter.” 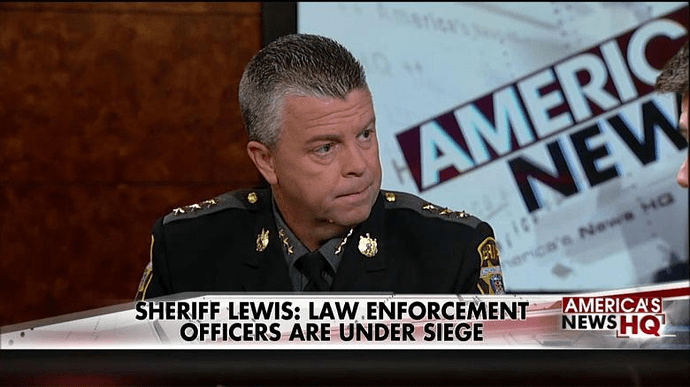 On August 21, 2014, during an interview with News21, Sheriff Lewis threatened to wage “all-out civil war” on our United States government if an attempt was made to enforce democratically-enacted gun laws in his jurisdiction.1 This was not an isolated comment, nor one made in error. Sheriff Lewis reiterated his “civil war” threat in interviews with Delmarva Now and Delaware television station WDRE.2,3 The sheriff is also an active member of the Constitutional Sheriffs and Peace Officers Association (CSPOA), a radical organization that embraces “Posse Comitatus” theory, which holds—in direct contradiction to our Constitution—that there is no legitimate form of government above the county level and no higher legal authority than the county sheriff.4 The conspiratorial Posse Comitatus movement has deeply anti-government and anti-Semitic roots.5

Conservative politicians and media/propaganda outlets have gotten SO GOOD at making perps seem like the “real victims.” And victims, no less, of the very people they victimize!

Proof of just how good they are at it is the many, many people who believe that shit.

This reminds me of the Ashley Todd hoax face carving and mugging incident before the 2008 election.

Reminds me even more of murder-mom Susan Smith, who drowned her own two toddlers and blamed it on, yep, a black man. They’re an ever-ready fictional criminal, those Scary Black People.

In addtion to spray-painting “Black Lives Matter” on his truck, he also wrote “[Fuck] Your Flag, Your Family, Your Feelings, Your Faith.” Because that’s totally the kind of thing that someone would spray-paint as vandalism, especially the Black Lives Matter movement. I guess when Fox “News” starts talking about BLM as a “hate” group, people are willing to believe anything…

Christ, what an arsehole.

There’s something quite symbolic about a right-winger self-victimizing. I mean, considering who they vote for.

Setting aside the ‘determined racists are determined’ angle, I’m wondering how he thought he was scamming his insurance? “Black people espousing the radical ideology that all citizens of this country should be treated equally under the law broke into my POS truck and slashed the seats. Because reasons”?

PS - That Fox 4 write up reads like a third grader wrote it.

What a remarkably detestable human being. First he decides to frame BLM, for something he did (in support of law enforcement ironically), Then he lies to the police (who he allegedly supports), and finally he tried to defraud his insurance company to pay for his idiocy. GOP all the way.

I wonder if he removes the pro-police message from his truck now.

Well it is a Fox station so it probably was a third grader that wrote it.

I can not seem to post this quote too many times this week: 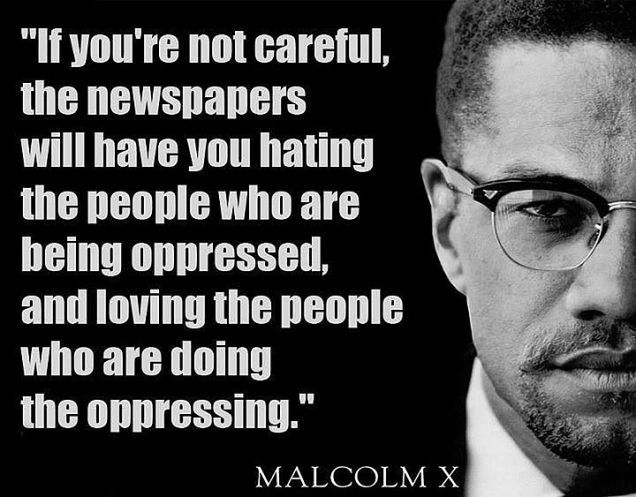 So, so many people these days who aren’t that kind of careful.

And so many schools and colleges are not giving kids a good, critical media education…

I was so happy when my daughter’s class did a project recently on looking at sexism in advertising and of course we talk to her about that at home, but shouldn’t all kids who are her age (12) be looking at the media critically, in terms of how it helps construct race and gender norms? Just that age is when they start to move away from consuming what the family does and to finding out their own interests. It’s not even that difficult to root out most of the time.

I can not seem to post this quote too many times this week:

Careful there; @codinghorror might start a thread about it if you keep it up

No surprise if a parent complains and next thing you know, the weight of the school board falls on what sounds like a great teacher.

Faced with this new evidence, Congressional republicans will no doubt demand a thorough investigation of Black Lives Matter.