Who hasn’t made a 27 year mistake or two on their resume? I always use the three decades rule. If it’s less than three decades, don’t split hairs.

And his “crime” happened in the last millenium! The statute of limitation is important in a constitutional democracy!

Fake intelligence agent scammers used to confine themselves to late night AM radio shows. Guess FOX isn’t far off them in terms of reliability.

I recently fell through the rabbit hole of watching Don Shipley out fake Navy SEALs for hours. I think I might subscribe to his new private videos where he actually confronts people face to face.

There are some total asshole liars out there…

Well he did say “paramilitary.” That pretty much means “not military,” right? Like how a paralegal is not a lawyer?

I thought “para” basically meant “sorta”. Or “wannabe”. Or “not quite as good as the real thing”.

On other threads you’ve mentioned your experience and fondness of guns (which is fine).

Are you a vet, perchance?

‘Para’ roughly means ‘for’ in Spanish

Well - I was a Member of Starfleet for awhile.

ETA - but people who are liars bug me, and people who lie about something so big just infuriate me.

Somebody get me a paramedic

If that doesn’t work get me a single medic

If that doesn’t work get me a paralegal

If that doesn’t work get me a single legal

‘Para’ roughly means ‘for’ in Spanish

You two are no fun.

Hmm… I couldn’t find anything on Fox “News” about this story.

Waaaiiiit, are you telling me someone on Fox News is a lying liar who lies about things? This upends my whole world view!

Waaaiiiit, are you telling me someone on Fox News is a lying liar who lies about things? This upends my whole world view!

This is why we don’t tell you things sometimes.

Can this really be true? I haven’t heard any mention of Mr. Simmons arrest on Fox News.

“Not really, I’m only paranoid.”

The question, then: exactly what is the great Mecium who has spread their microscopic minions all over this Earth? 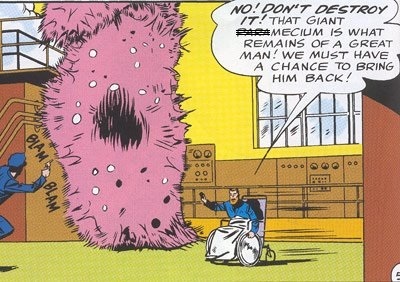 It looks like para means different things in many languages – steam in Bosnian, couple in Polish, day in Lithuanian, money in Turkish. As an English prefix it either comes from Italian for defending, like in parasol, or Greek for beside, beyond, or by extension, sorta.