I remember it having a more sedate color scheme on the outside.

The aerial view looks like an early Matt Groening drawing. The one eared rabbit perhaps?

The aerial view looks like an early Matt Groening drawing. The one eared rabbit perhaps?

$4.2 million? Must be in a sketchy neighborhood.

as always, i like the outside, i like the inside, but then the decor is what always kills the vibe for me, especially the color and design of the couches. blech.

I’ve been in lots of these houses in the north bay. I can never get over the wasted space inside from all the strange angles, but if you’ve got the bucks to waste space in the bay area then keep pimpin.

FWIW, when I saw this on “the back way” commutes from Belmont to SF, I thought of it as a Planet of the Apes house. (The original film.)

I’m not the only one who thought of The Neverhood, surely?

I had to look up what “gunite” was. Sounds like the sort of thing that would develop gaping holes if not regularly subjected to costly maintenance.

I think they can afford to pay for mantenance if they’re buying a $4mm house!

I’m not the only one who thought of The Neverhood, surely?

On point. Still waiting for that indie claymation game renaissance…and for that damn soundtrack to get out of my head…

99pi did a show on the history and construction of these sorts of houses. It seems as though they hold up fairly well, but have weird issues. 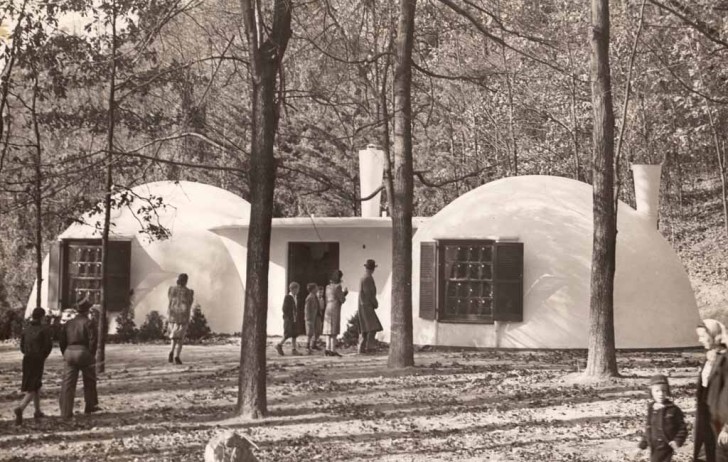 If you were a movie star in the market for a mansion in 1930s Los Angeles, there was a good chance you might call on Wallace Neff. Neff wasn’t just an architect  — he was a starchitect. One of his most famous projects was the renovation of Pickfair,...

How much will you make in commission for the free advertisement?

Yep. And if you’re going to tart it up, Googlize that thing. Cha-ching.

Can’t say I’m a fan, but then again I expect i’d like it better with different colors and decorations.

However I can’t say I like it 4.whatever million.