Watching The Batman, I realized I’m all Batman-ed out. I mean, I could recognize that scenes were very well done, but the whole thing felt extremely familiar and unnecessary. I may just be superhero-ed out in general. I suspect I would have enjoyed the movie a lot more if it hadn’t been tied to Batman. So hopefully this deal results in some things that aren’t Batman.

I hope he put in the contract for the studio to provide some lighting for the next film!

Watching The Batman, I realized I’m all Batman-ed out.

You mean you aren’t still hungry for more Batman movies after The Batman and Justice League and The Lego Batman Movie and Suicide Squad and Batman v. Superman and The Dark Knight trilogy and the Joel Schumacher films and the Tim Burton films and the 1966 movie and the 1940s movies and countless live-action television shows, animated television shows, straight-to-video animated movies, video games, spinoffs and parodies? 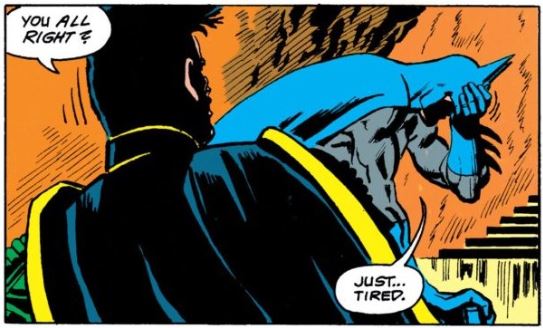 Not to mention the actual, you know, comics, where at least half of DC’s output seems to be Batman/Batman-related and there are, currently, at least a half-dozen lines of Batman comics (and what seems like dozens of different spin-offs), plus comics where Batman also appears. Or the multiple live-action spin-off Batman prequel shows that don’t actually have Batman in them.

The texts and subtexts of the material seem pretty explored by now (or beaten to death). It really doesn’t help that The Batman felt like it was at least in the same vicinity as a Nolan movie, and even re-treading some of the same material. And Batman really isn’t that interesting to begin with…