The complicated history of the Star Trek minidress

Originally published at: The complicated history of the Star Trek minidress | Boing Boing

They should have just made the minidress the standard uniform for everyone. Picard in a minidress? Yes please.

Really hard to argue with their takes. Especially agree with how J J Abrams did not understand what made Trek special at all, and cheapened the skant.

It also helps to see Trek fashion as falling into one of the following camps:

*Yes, I have opinions about J J Abrams, which basically boil down to him being so wrapped up in making cool scenes that everything, everything else goes out the window.

He apparently didn’t have the legs for it. 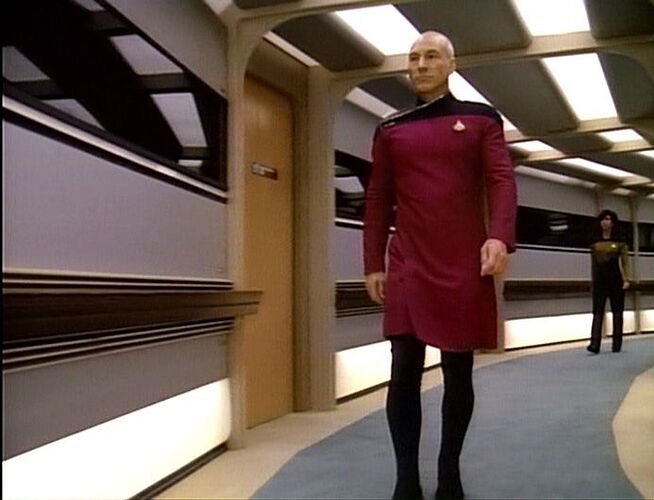 Yes, I have opinions about J J Abrams, which basically boil down to him being so wrapped up in making cool scenes that everything, everything else goes out the window.

While I agree in the most part, you have to admit the first reboot Star Trek was good. It was very much a modern of the TOS - cheese, camp, transparent plot, and shaky but fun writing. Of course, it was challenging to see that through LENS FLARES.

They did have the “skant” for the guys…

In the early 2350s, the Starfleet uniform was completely redesigned. Closer in appearance to those in service during the late 2260s, the new Starfleet uniform spawned several variants, most notably in 2366, and inspired versions yet to come. The next...

I think her point that in the '60s, the miniskirt was commonly perceived as a symbol of women’s independence from constraints on their sexuality rather than as kowtowing to the male gaze is important*. But I think that is is also important to see it as a reaction to the fear that the emotionless relatively asexual “Number One” (ISTR that she wore trousers) in the pilot would be perceived as a “dyke,” and that viewers would find that off-putting. So it was thought to be important that while you could show women as professional and capable, they also HAD to be shown to be feminine and cis-gendered.

*edited to add More “Fuck you and your rules of propriety, you can’t slut shame me because I’m owning my sexuality,” rather than "I’m forced to dress sexy because that is the only thing I am valued for.

And I agree with her on how fucked the Abrams movies lack of rank insignia on the women’s uniform is. Star Fleet may or may not be “military,” but it IS a uniformed service with ranks and an explicit. hierarchy. They may be more diplomats and scientists, but there have been times that diplomats wore uniforms.

The linked video does go into that. It also notes that it’s only ever seen on a small number of unnamed background characters.

And next season they added pants.

Futurama did a play on this: 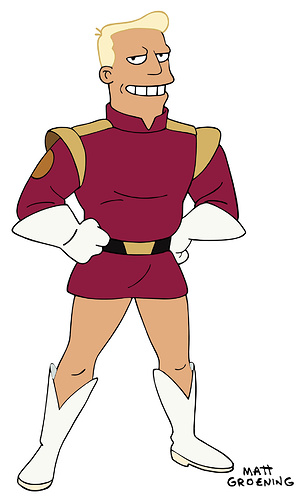 Was she an ensign at the time? Otherwise, collar insignia or shoulder boards.

A very good piece. There was an interesting point about how hair length is an important gender signifier.

As shown in the video, the uniforms in the reboot movies were reminiscent of the TOS unitorms, with the ranks shown by rings of braid of the cuffs. But on the women’s minidress uniforms were sleeveless, so no rank insignia.