Tom the Dancing Bug, IN WHICH Louis of Earth must think fast to keep secret the ways of the Star Wars

Use the force, Louis!

“These are not the action figures you’re looking for.”

I recall having IG-88 commandeered by a bully on the bus, when I was in first grade. I wish I’d had Louis’ quick-thinking skills then!

Some evil parents would tease their boys by calling them “Star Wars dollies”.

Well, finally a TDB I could really relate to…

Before the Star Wars era, “action figures” were really doll sized, though. I had a Six Million Dollar Man and some Star Trek figures in the mid 1970s – they were like a foot tall. As I recall, there were also some Star Wars figures that were made in that scale, but they weren’t as successful as the smaller ones.

Finally one that is just fun, not dripping of anger with the current US regime.

The original GI Joe dolls were full size as well, and were dressed like dolls in actual cloth. The concept of the all plastic mini-figures was something of a revolution in toy design and didn’t happen until later. 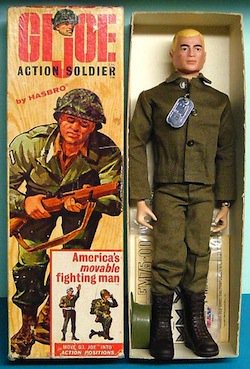 Adventure People was a toy series introduced by Fisher-Price in 1975. The line lasted through 1985 and was targeted towards 4-9 year olds. Although they served as an alternative to G.I. Joe and other, similarly themed action figures, they were the first figures to utilize the 3.75 inch size which was made famous by Kenner's Star Wars line. In fact, the designers of Star Wars figures used Adventure People to help conceptualize how the figures would look. The Adventure People line fea As both lin...

What, no love for the 6" Major Matt Mason line?

Mark Hamill had this same dilemma, I think.

Adventure People was a toy series introduced by Fisher-Price in 1975. The line lasted through 1985 and was targeted towards 4-9 year olds…

I had the whole set when I was a kid. I still have the pontoon boat that detaches from the convertible float plane.

I don’t say it doesn’t deserve it, just that those comics haven’t been very fun, just depressing.

That’s fair! My favorite by far are the fun-pak comics, but I don’t really get tired of the ‘smash Trump in the face’ ones…

I also like the fun-pak ones. I absolutely cannot get enough “Actually it’s Frankenstein’s monster” jokes.