I love this film!

First saw it in hospital recovering from a childhood operation. They showed in in the ward followed by The Neverending Story.

I loved that the copilot lizard guy had an Irish accent

As much as this film seemed like a transparent attempt to create a franchise my friends and I still cheered all the way through it, and talked about it and laughed and went back to see it again three or four times. Even now little details–Louis’s Playboy collection, the police officer’s radar gun reading 300+ MPH, and of course Centauri–every scene with Centauri!–make me smile.

I’ve always wished there had been at least one sequel, even though Robert Preston probably wouldn’t have been able to be part of it. It would be nice to know what Alex and Grig have been up to over the past thirty years.

Agreed. What a wonderful film. And so funny! The Lizard alien friend remind me of Enemy Mine, another great film and performance by Lou Gosset Jr.

I always loved this movie in spite of the special effects. I thought the effects looked pretty bad back in 1984 (when compared to how good the effects were in Star Wars - using models). It didn’t/still doesn’t matter to me though. What matters is the story, and how much I enjoy it. The movie really does hold up for me in this way.

I liked that it had Zoidberg

IIRC it was all Amiga generated?

Yes, awesome 80’s film. Right up there is “Battle Beyond the Stars” which is not CGI but still awesome.

I know Babylon 5 was Amiga produced at first, didn’t know about TLS.

No Amiga on this one! Cray X-MP. In 1984, you might be able to do standard television resolution on an Amiga, but movie-level resolution was still supercomputer territory.

I was always liked that at the end, he doesn’t come back to his girlfriend. He comes back to bring his girlfriend to space. And whether or not she comes along, he’s going.

(That’s also your Canadian tie-in. Although Alan Nursall - Science North, and Discovery Channel’s Daily Planet might sometimes talk about rockets and space, it looks like his sister has been to space.)

He comes back to bring his girlfriend to space.

As much as I love this movie, I want to see the alternate reality version in which she’s the one who scores high in the game and ends up saving the galaxy.

Nobody has mentioned Craig Safan’s score for this movie. The main theme is one of my favorite pieces of uplifting movie music!

The Last Starfigher, OR: Ender’s Game! 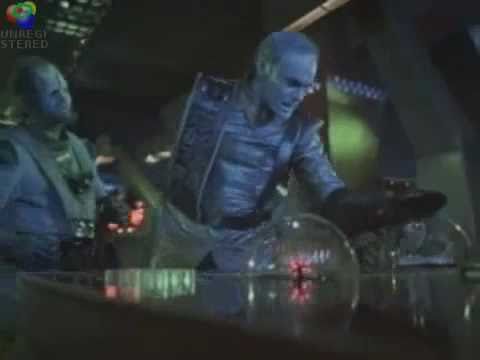 Battle Beyond the Stars

Battle Beyond the Stars

I’d rather watch theLast Starfighter. Same story, minus the pretentiousness.