The life of Coast to Coast AM's Art Bell

I used to love falling asleep to Art Bell. I’ve always been a skeptic regarding most of the material he would discuss, but it was entertaining none the less. I guess you could say I’m a Scully, but want to believe like Mulder. Art definitely had a way of fascinating his listeners and while I do enjoy George Noory, he could never live up to Art’s legendary status.

You and me both. Likewise, I am a skeptic on all this but I love the peculiar American Mythology of UFOs and Area 51 and what not.

talking to Dear Brother last week, we were discussing the Graham Hancock bullshit and i broight up Coast to Coast AM as an example of conspiracy theory programming. i was working nights at a letterpress shop in Phoenix in the 00s and we listened to C2C every night. i was saying to DB that it seemed like kooky fun almost and that conspiracy theories got wierder and more dangerous as time - and the internet went on. what used to be a strangely entertaining became more and more disturbing. i don’t for a second believe Bell had anything to do with the current tide of CT’s and their decidedly troubling turn in, what? the last 10 years, bringing us to qanon, covid skepticism, election denial and open fascism.

he regarded Coast’s subject matter as “absolute entertainment” that was broadcast for one reason: business.

there is nothing entertaining left, Mr. Bell, only the business and that business is graft.

Sure, Alex Jones grifted harder, but spouting bullshit for dollars was both of their game.

I’ve always loved the High Weirdness side of things, but the last few years have certainly shown the pitch-black darker side of things.

I’ve thought more than once that I’m glad people like Art Bell and Robert Anton Wilson died when they did, because I could very easily see them falling into the Qanon/Alex Jones/Donald Trump traps…

this, exactly. i never saw the appeal of Art Bell.

Seems I remember first hearing about that story on Art Bell or an interview with Larry.

I remember listening to his show when I was driving late somewhere back when I still listened to AM radio. There was also CBS Radio Mystery Theater on late night with EG Marshall. I actually have most of those on mp3. 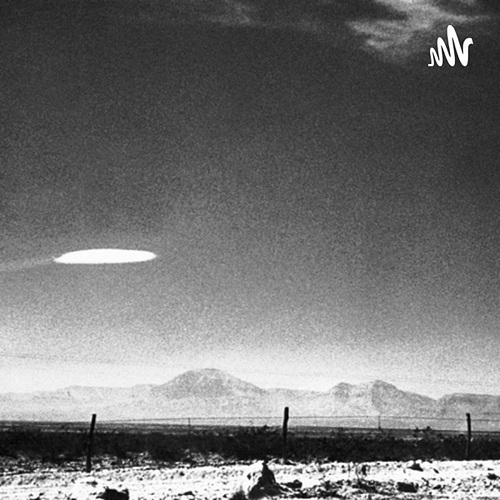 the best of the kingdom of nye 🛸 https://linktr.ee/artbelltapevault - links, playlists, tip jar

I was late to the Art Bell party, but my AM radio and I enjoyed many a long nighttime drive or car camping insomnia session with C2C.

Recognizing that the world remains a mystery and we truly understand very little, I like to hear new ideas and welcome updating my model of the world when appropriate.
Most of the ideas on C2C went in the toilet by the next morning, but I appreciated the reminder to not become a closed-minded know it all and lose my sense of wonder and discovery about the world.

Art Bell did a fantastic job of letting the audience know when a guest was beyond the very loose bounds of what C2C considered “reasonable” without saying it directly. His dry humor mocked many a wacko while s/he continued rambling, unaware of this.

Ah, yes. Back in the day when conspiracy theories were fun. Plenty of entertainment on all night drives back in my touring days.

For a decade, Art Bell had the ears and minds of late night AM radio with Coast to Coast, his talk show exploring high weirdness of all kinds—from extraterrestrial conspiracies to doomsday scenarios, remote viewing, and Bigfoot.

One interesting thing about that show it that they mixed it up a bit with real, legit scientific discussions as well. 15 years ago my wife was a guest on the show to talk about some earthquake research that she was involved with at the US Geological Survey. My wife didn’t know anything about the show when she agreed to go on and I was expecting some silliness, but it ended up being a perfectly respectable and intelligent discussion about earthquake preparedness. The host (who may or may not have been Art that day) did get off one geological joke at the end about “the subduction zone” and how my wife must know all about that because she had just become a mother.

As soon as that discussion was over the host proceeded to talk to the next guest about ghosts.

Guess I need to tighten up. 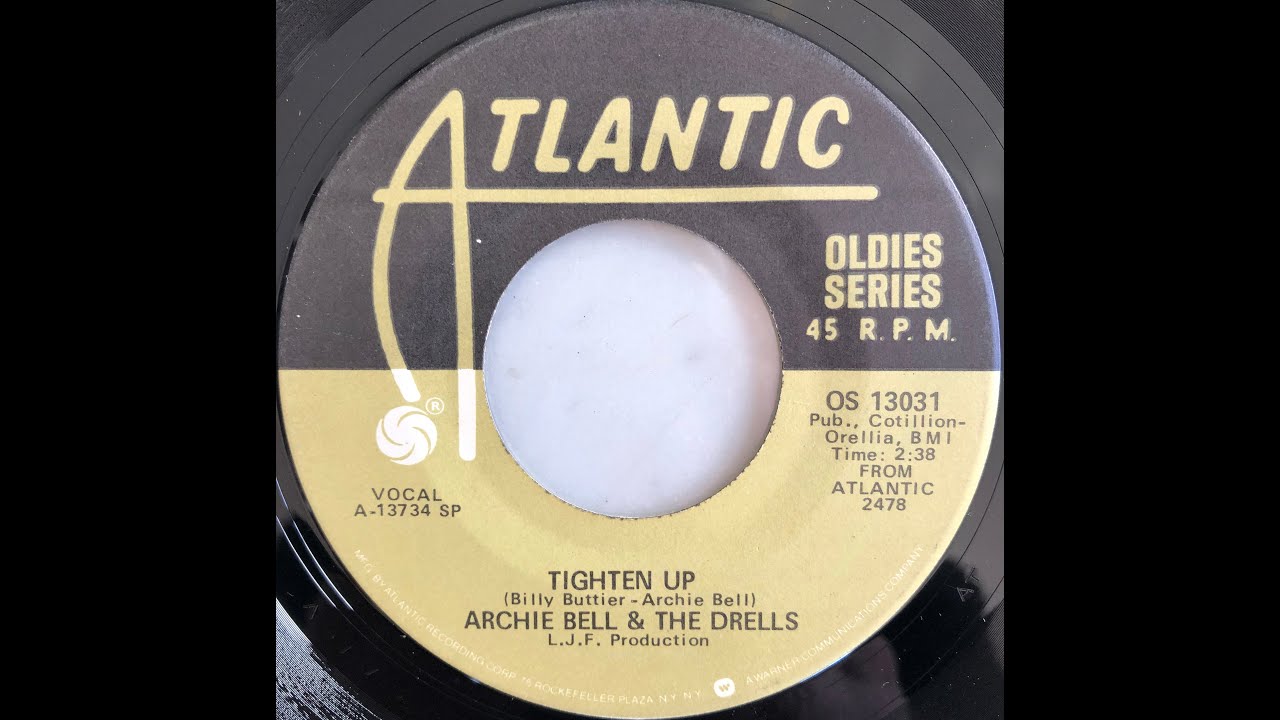 UFO’s, dubious supernatural claims, and conspiracies seemed so benign back then. Sadly it appears to become segway into the conspiracy-laden great derangement we live in today.

Ah, yes. Back in the day when conspiracy theories were fun. Plenty of entertainment on all night drives back in my touring days.

I used to work with a guy who liked listening to Bell and was into all kinds of that stuff. He also smoked a LOT of weed. I don’t know that he actually thought that Elvis or Jim Morrison were alive or that aliens really are being held at Area 51, but it was certainly part of his personality to an extent.
He told me one time on a first date that he started in with some conspiracy theory things that held his interest. He wasn’t able to get a second date. I said that he might want to probably hold off on that stuff till getting to know someone better… Good looking guy, super smart. But, yea. Don’t spring chemtrails on the first date, that’s my advice.

My old friends Art and Ramona were really genuinely nice folks in person. Both were highly intelligent top notch talent and business owners. They were not wackos. I was so sad to see them leave this mortal earth so early. The fond memories will remain. 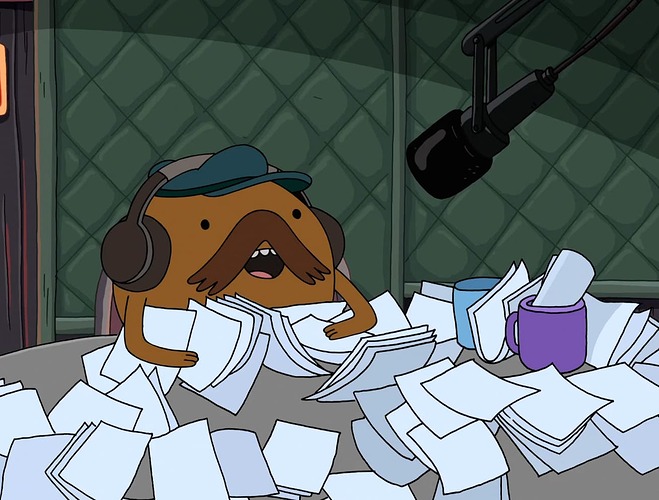 I’ve thought more than once that I’m glad people like Art Bell and Robert Anton Wilson died when they did, because I could very easily see them falling into the Qanon/Alex Jones/Donald Trump traps…

i don’t remember hearing anyone call them out for racism, homophobia, or anti-semitism. ( granted im no expert on either man. ) and those seem to be the gateway into ■■■■■ anon world, even more than conspiracy and odd ball “theories”

they both, in different ways, managed to walk the tightrope of weird without falling into the abyss, so i think they were probably already immune

i don’t remember hearing anyone call them out for racism, homophobia, or anti-semitism. ( granted im no expert on either man. ) and those seem to be the gateway into ■■■■■ anon world, even more than conspiracy and odd ball “theories”

There was no need to call Art out for that kind of bigotry, because he didn’t engage in it, ever.