The Lincoln Project's "digital footprint has flatlined" after Trump and scandals

Originally published at: The Lincoln Project's "digital footprint has flatlined" after Trump and scandals | Boing Boing

They were never going to have any reason to exist after November, were they?

People espoused this and other opinions about them in this very forum.

And yet, here they are, still trying to exist in spite of having no reason to, like a common MTV. 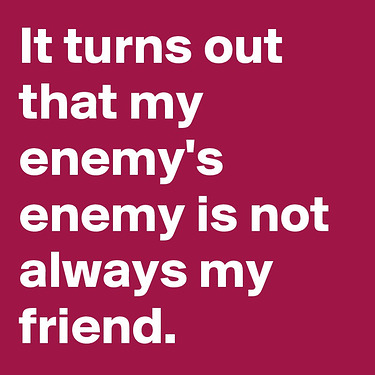 It’s almost as if with the King Grifter gone the minor grifters are slinking back into the shadows.

Their anti-Biff ads were clever and vicious, but any liberals who donated money to this pack of corrupt neoCon grifters were severely deluding themselves.

I was worried that TLP would turn their guns on Biden after he won. However, it looks like the rot and greed typical of any conservative organisation was so deep that it’s collapsed in on itself like a Halloween pumpkin still on the porch in December.

This was always how it was going to go. They were opportunists the whole time, and about as put together as any other conservative organization, which is not much. They were never allies. My only worry was that they’d take any support they got from people who couldn’t see what they were, and spin that into supporting someone even worse than Trump. I’m glad they’re just evaporating.

I’m not familiar with either the background on malfeasance by the Lincoln Project’s personnel or with the Washington Free Beacon. And I certainly do share the general mistrust for the Lincoln Project. That said, a quick look at the top headlines on the Free Beacon suggest a clear right-wing slant,* suggesting that they have a partisan vested interest in discrediting anti-Trump organizations of any kind. I don’t think this would be my preferred source of information on whatever misdeeds the Lincoln Project’s people may have committed or be committing.

*examples: focus on discrediting “woke education,” “woke activists”; reference to a “softball interview” re NPR; centering of alleged “open door to abortion funding” by Biden admin; attempt to tie a DOJ appointee to anti-Semitism; and perhaps my favorite: “Workers’ Health Care Restored After Union Bosses Back Down”

They could have had more success after the election during other election cycles, hammering on pro Trump candidates. But really, their usefulness for some decent propaganda is over now.

Lincoln Project’s founders were, by and large, a bunch of corrupt rightwing creeps and sex predators.

And no one here is surprised. At. All. Consistently my fellow happy mutants have pointed out that Lincoln Project is run by the same cabal of jack booted rich loyalists the GOP has relied on for decades. Getting Trump out was done to save their greased pigs, nothing more, and any usefulness they had is over and accomplished.

Note: the paper of record here is branding them as a “liberal super-pac.” Which, well… that stretches things pretty far, don’t it.

As I always stated:

Is this for the best? I think so. My worry was always that their clout would be weaponized to weaken or sabotage progressive initiatives, so I guess that won’t happen any time soon.

Also, live by social media, die by social media. No person or organization whose primary platform for their views is social media is going to last long, because digital consumers move on to the next meal before too long. In 5 years time clickbait websites will be doing listicles summarizing what the 5 best Lincoln Project ads were and those of a certain vintage will say “Oh yeah, I forgot about that one”.

Some might argue that the Lincoln Project was a refuge for more middle of the road Republicans, and without that there is no way to get them into an electoral coalition. But the truth is there aren’t that many of those folks left.

A better version is Maxim 29: “The enemy of my enemy is my enemy’s enemy. No more. No less.”

Trump may be gone (MAY), but Trumpism is not, and so no, they still do very much have a reason to exist.

Good. After all the concern that they would immediately turn on Biden (and there was a lot more of that than the comments here would lead one to believe), it’s great that instead they simply imploded. They served their purpose, no need to continue.

You beat me to it! The Habits of Highly Effective Pirates (I still call them by their original name, screw you Frankin Covey) are applicable in any situation.

The Lincoln Project is still actively going after Hawley, McCarthy, Cruz and their ilk. grifters or not, they’re doing what they said they would do after the election and combating all the Trumpers.

“The enemy of my enemy is my enemy” 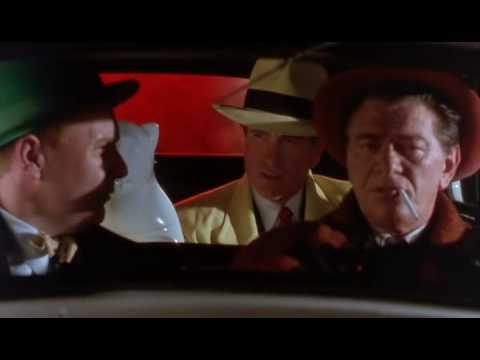