The most misogynistic Governmental Official in the Western World

Glenn Greenwald reports from his adopted country about a particularly vile example. 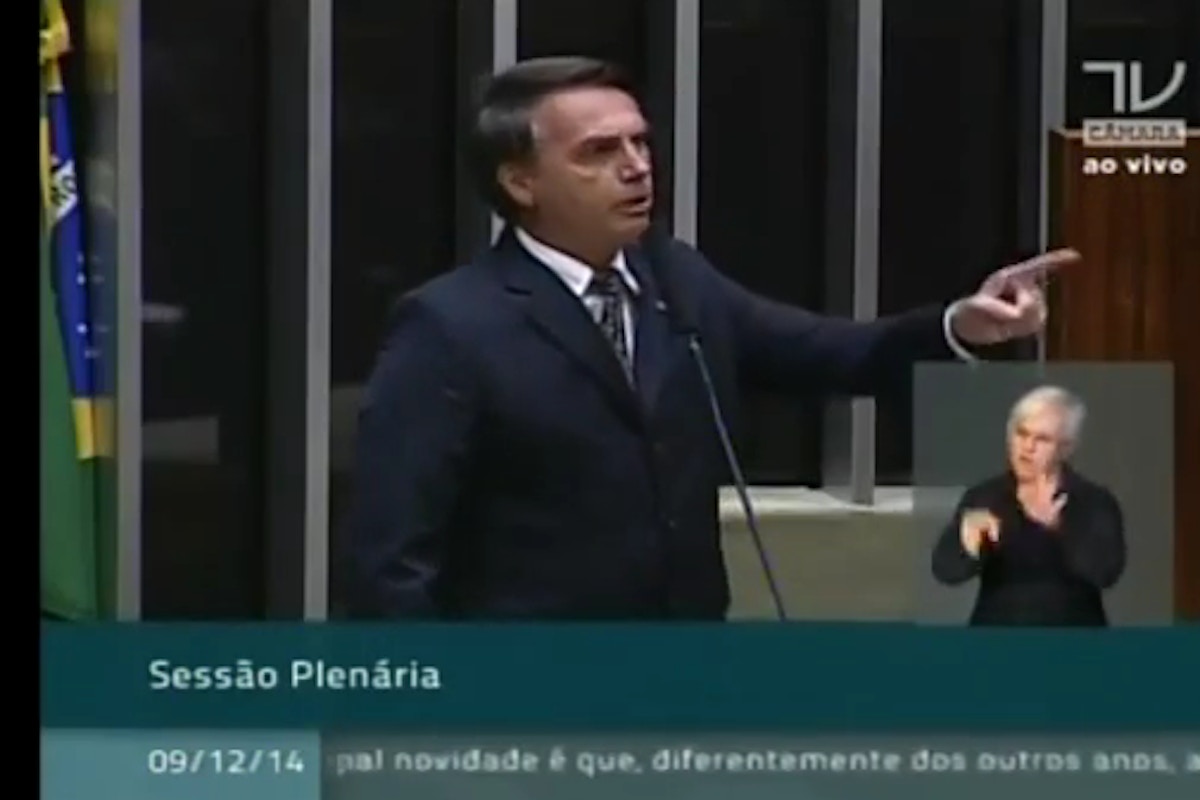 The Most Misogynistic, Hateful Elected Official in the Democratic World:...

In the lower house of Brazil’s federal Congress on Tuesday, Maria do Rosário – a Congresswoman since 2003 from former President Lula da Silva’s Workers Party (PT) who is also the country’s former Minister of Human Rights under President Dilma Rousseff – stood to praise the National Truth Commission. That Commission was preparing to release a comprehensive report on the systematic human rights abuses perpetrated by the U.S.-supported military dictatorship that ruled the country for two decades until 1985. Congresswoman do Rosário described the military dictatorship as a source of “absolute shame” and condemned it for using murder, torture, sexual abuse, and other violence against dissidents. The Commission’s report was released yesterday in the presence of Rousseff, who was herself imprisoned and tortured by the military regime.

After do Rosário left the podium, Jair Bolsonaro - a right-wing Congressman since 1990 who served in the military during the dictatorship and is still an ardent defender of it - stood to speak. He began by immediately demanding that do Rosário, who was preparing to leave the chamber, remain to hear him, yelling: “No, Maria do Rosário, don’t leave! Stay here, Maria do Rosário. Stay!” Referencing her statements about the well-documented use of rape by the military dictatorship against female opponents, he bellowed: “I would not rape you. You don’t merit that.” The meaning was clear, particularly in the original Portuguese: while some women are good enough to be so blessed, do Rosário wasn’t even good enough to deserve his rape.

The particularly concerning thing is that this guy apparently has an electorate.

Some humans are just write-offs, not much you can do about it; but when they have enough supporters to retain office, you know you have a problem…

This topic was automatically closed after 793 days. New replies are no longer allowed.