The Nazis made this exploding chocolate bar to kill Churchill

Wouldn’t have worked. Churchill was notorious for swallowing chocolate bars and small babies whole, wrappers and all.

Seven-second delay? As if this wasn’t Wile E. Coyote enough without the added potential for comic timing hijinks.

Exactly. If you can sneak in a bomb, wouldn’t poison be easier and more effective, with fewer moving parts?

Those Nazis really had some great ideas.

“By Jove, this chocolate bar is exceedingly heavy and smells of strange solvents!” 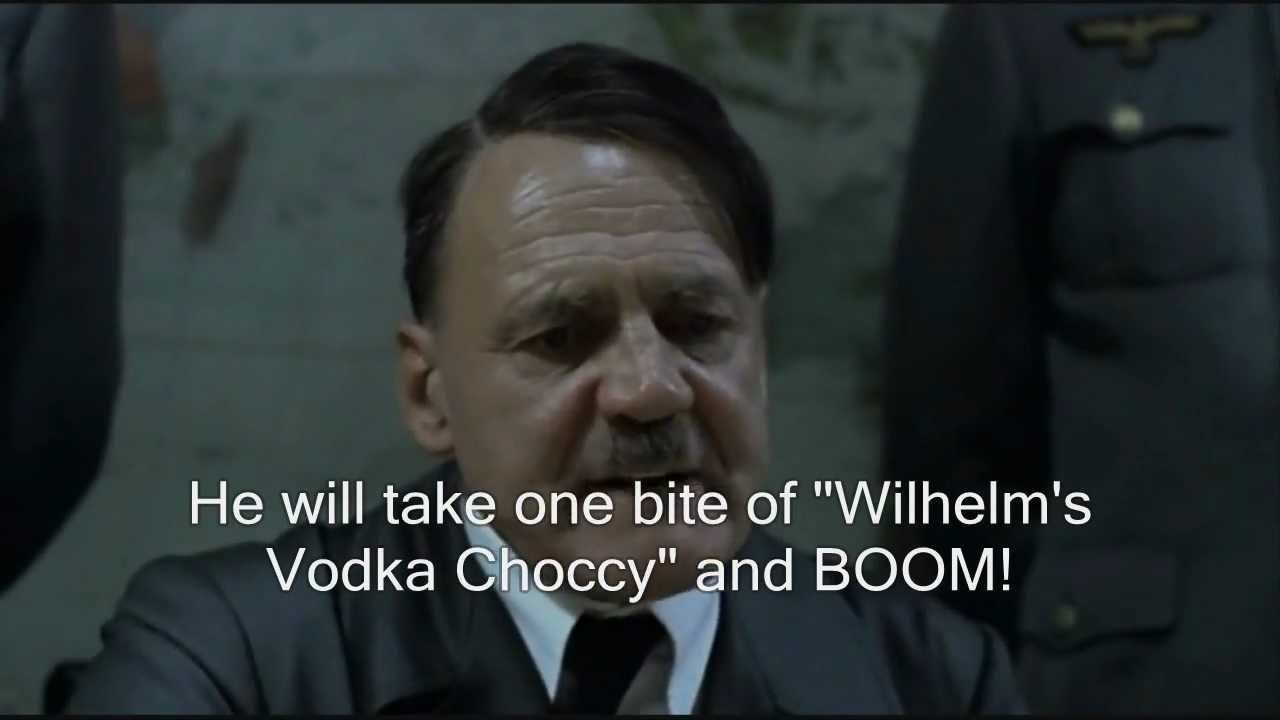 This is how I want to die.

It would have been easier to just set his brandy on fire.

I know this for no particular reason, but ~40% alcohol doesn’t set on fire very easily. Bacardi 151, or ideally polish Spiritus, burns much, much better.

Ah, that’s one of our specialities. Covered in dark, velvety chocolate, when you pop it into your mouth, stainless steel bolts spring out and plunge straight through both cheeks.

Bacardi 151, or ideally polish Spiritus, burns much, much better.

Everclear if you’re serious about it.

Sadly, the war ended before they could replace his pocket watch with a Messerschmitt.

Don’t ask me why but one of my friends held a lighter up to the opening of a recently emptied bottle of Everclear. There was a strange hooting sound and for just a second the inside of the entire bottle was coated in blue flame. It was pretty cool but I wouldn’t recommend trying to repeat the experiment.

There was a strange hooting sound and for just a second the inside of the entire bottle was coated in blue flame.

A fumes explosion! And so minor as to be reduced to a party trick.

Much like flowing butane from a bic into the neck of a fresh beer bottle and lighting the top like a candle.

This is a bit pedantic, admittedly, but it was designed to go off when the row of chocolate squares at the end is broken off, not bitten into. From the look of it, just biting into it stands a good chance of not setting it off, only revealing that there’s something very wrong with it.

The Polish know how to get it done.