The new Avatar: The Last Airbender animated film will feature a young adult version of the cast

Originally published at: The new Avatar: The Last Airbender animated film will feature a young adult version of the cast | Boing Boing

I’m more likely to watch this than I am the live-action series. I like the idea of the characters aging naturally, somewhat alongside (though slightly lagging) the young people who started watching it as kids themselves back in 2005.

Man, I hope these are based on the comics written by Gene Luen Yang. They perfectly followed up on the series’ best narrative drivers; the tension between the kids as de facto representatives of their nations, their own personal trauma, the interpersonal dynamics and great age-specific angst. The first series deals with the reality of a post-colonial tension wherein the Fire Nation has to recognize and advocate for the needs of their citizens who have become nativized in the other nations’ land and Aang has to navigate the very legitimate demands of the colonized to have all remnants of Fire Nation colonies eradicated. Just like the series, it took the lived experiences of the protagonists seriously and with real stakes. The kids worked through their own drama, with the very real threat to millions of lives on the line.

Please let it not suck.

cautious hopes for the live action, but real excitement for the DiMartino/Konietzko animated trilogy. i loves me some AtLA stories and that world.
with that i still declare for: 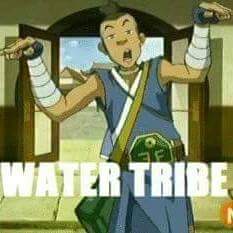