As we anxiously wait for the biopic “Weird: The Al Yankovic Story,”

You’re still waiting? That movie was released on the Roku channel on November 4. (Hilarious, required viewing for all Al fans). 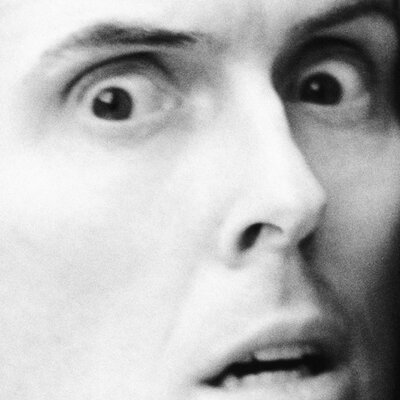 @alyankovic
@bj_carter @TheRokuChannel Roku's working on it. In the meantime there's VPN (Very Probably No) way to watch it legally. I'm sure you have a TORRENT of other questions, but I have to move along, sorry.
17 Likes
boss November 13, 2022, 3:53pm #4

Been a Weird Al fan for years. Finished watching the Roku movie last night. Ehhhh. It has some nice inside jokes for Al fans and it’s fun watching known actors in the various roles. But it’s as good as a made for TV movie can be. I wouldn’t pay money to see it in a theater. The new song playing during credits is quite good.

Yeah - I’m probably the ideal target audience for the movie that just came out but I struggled to get through it. It was just so uneven - tonally speaking.

It’s like they wanted to tell one story but shifted gears (and even genres) between what is possibly fact and definitely fantasy.

Daniel Radcliffe gives it his best shot - which is fun to watch - but I think he’s a bit miscast.

But don’t listen to me - watch it for yourself!

Here’s the original inspiration for it: Weird: The Al Yankovic Story - YouTube

That song and video is somehow better than both American pie and the phantom menace.

This song was one of the things that started to dim my once-intense fandom of Al (along with just kind of aging out of his shtick, I guess). An overlong, jokeless summary of a not-very-good movie does not make for a good Weird Al song, or a good song in general.

But it’s as good as a made for TV movie can be.

but I think he’s a bit miscast.

I think that was the point…

but I think he’s a bit miscast.

I think that was the point…

Much like how they cast Diedrich Bader as “grizzled narrator Al” even though he sounds nothing like either Radcliffe or Yankovic.

I have not watched it yet, but I get the sense the whole film is meant to be a send up of those sort of 80s, TV biopics, complete with weird casting choices, and stilted acting. Which makes sense, cause, you know, that’s weird Al’s whole… vibe. He’s spoofing the 80s, as much as he’s spoofing himself…

As we anxiously wait for the biopic “Weird: The Al Yankovic Story,”

I watched it on the Roku channel. It took me a little bit to realize this wasn’t a biopic, but a spoof of a bio pic. There are soooo many cameo spots.

I had to IMDB all of them, and then also checked out the wiki to learn:

His father, who was born in the Strawberry Hill neighborhood of Kansas City, Kansas, was of Yugoslavian descent (the original surname was spelled Janković)

I was just at Strawberry Hill earlier this year and went to a church founded by Serbians, but the whole area was full of Slavs.

More than anything else it is a sendup of the “rock biopic” genre like Walk the Line, Bohemian Rhapsody, Great Balls of Fire etc. And yes, intentionally silly casting was a running gag (especially modern-day celebs doing cameos as various 80s celebs).

But - love Weird Al! I even played accordion as a kid (being given the choice between piano, guitar, saxophone or accordion - I chose the latter mostly because I didn’t know what it was and the unknown sounded better than the known).

There’s no way to watch it on Roku without sitting through ads. I’ll wait for the DVD.

And the doors movie! Ha!