It does look good and I’m cautiously optimistic. It might be one of the few things to keep me subbed to Netflix (besides Stranger Things). Doom Patrol was an equally difficult comic to adapt, and HBO has done a very good job with the material I think, as well as their brilliant adaptation/sequel to Watchmen. Hope Netflix can do as well with Sandman.

To my shame, I only got around to actually reading Sandman last year. I did, of course, read all 75 issues in a non-stop binge, every issue feeling like it was better than the last (although there were some exceptional highlights which I wasn’t surprised to discover were the ones that won the awards…)
The trailer does look very good indeed but I hope it manages to keep the understated comedy too because that’s so critical as to why it works.

That Gaiman is one of the producers also has me a bit optimistic.

Gaiman is a producer, so I’m just gonna hope for the best.

It’s probably even harder to adapt than Watchmen, but I’d love to see someone try Alan Moore’s run on Swamp Thing.
The most recent TV adaptation of Swamp Thing wasn’t too bad, even though it was cancelled after one season.
But it didn’t go full-on psychedelic-intergalactic the way Moore’s run did.

True. Considering how amazing the Good Omens adaptation was (although I’m slightly confused on the part 2 upcoming), with him keeping control it should be ‘comic-faithful’ while making it modern and consumable.

Spoiler: The Good Omens series ending with Crowley/Aziraphale switching bodies to mitigate their bosses was far more fun than the handwave explanation in the book. After it happened, I had to rewind and watch again, laughing the entire time. It was brilliant.

I am looking forward to it. 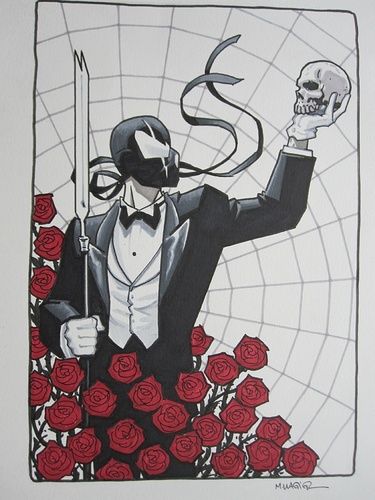 Same here. I’ve been following the comical saga of trying to get Sandman adapted since I was like 17. That it’s taken more than 20 years to happen is promising.

Stephen Fry To Play Fiddler's Green In Netflix's 'The Sandman'

During a recent interview, actor Stephen Fry revealed he has been cast as Fiddler's Green in Netflix's The Sandman series.

There’s no way that one of the most celebrated and successful comics of all time wasn’t on every studio’s radar when the comic book movie boom of the late 2000s began.

Oh, there was definite interest in making a Sandman movie going back to the '90s, even. (Which was a problem for it, as it pre-dated movie producers realizing people cared about the actual comics.) There’s a fair amount of discussion/scripts out there from those early attempts to get it made. Reading one of the scripts, thank Delirium it didn’t happen.

Apparently it quickly got tied up with a producer who had not read (nor cared about) the source material. He had, however, seen (or at least heard about) “Candyman,” and he figured that a teen supernatural slasher movie was more the direction it should take. The producer insisted that Sandman, rather than being accidentally captured by a cabal of sorcerers, was instead captured by… some teenagers (using a Ouija board or some shit). His idea was that the Sandman eventually gets free and tracks down all the teenagers to murder them, one by one.

The writers of the scripts, on the other hand, were fans of the comic, so they did their best to have the rest of the story follow the comic as much as possible (which was already difficult in a 90 minute movie). The end result was… a total disaster.

So yeah, I actually am (cautiously) looking forward to this.

Gaiman is a producer, so I’m just gonna hope for the best.

After the previous efforts to adapt the story, he saw, first hand, just what a mess it could be without him…

Oooh, neat! I just saw that Jenna Coleman is playing Johanna Constantine… but, interestingly, it doesn’t seem to be John Constantine’s ancestor from those stories, but a gender-flipped version of John. I’m wondering if they did that because of rights issues, or just for the fun of it. Either way, they seem to doing interesting things with the casting.

To my shame, I only got around to actually reading Sandman last year.

I only got around to it a little while ago. It’s easy to see why it made such a splash at the time, though it feels like comics and Gaiman himself have continued to grow extensively since then.

By the way, if you like Locke & Key (and if you like Sandman, you might), the three-issue Sandman crossover, “Hell and Gone”, wrapped up not so long ago and is available in a collected volume. It’s pretty darn good – especially compared to a lot of the other Sandman spinoffs (and there are so many of them at this point).

Apparently it quickly got tied up with a producer who had not read (nor cared about) the source material.

Aye, Jon Peters, who was obsessed with working a giant spider into anything that he could.

His mad exploits could fill a book. And did. 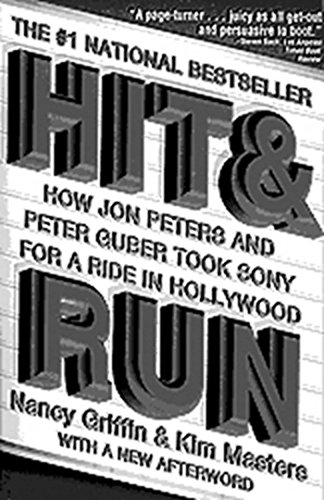 Hit and Run: How Jon Peters and Peter Guber Took Sony for a Ride in Hollywood...

I’m cautious… Cowboy Bebop was my favorite anime of that 1990s/2000s-turn era, and while trailers looked interesting, the Netflix’s live action wasn’t very good (My main complain was that the villain Vicious was a stupid senseless caricature of the anime one, for no good reason at all) but I kinda enjoyed it, kinda eating a nice yesterday’s pizza direct from the fridge, it was something good sometime ago, but I’m in a rush. And The Sandman is my favorite dark comic, no doubt about it. So, I feel like “here we go again, let’s put my disappointment hat already”.

That was regarding Netflix… and about Gaiman’s recent adaptations, well, Good Omens was very good (but that was BBC/Amazon) while American Gods had a nice first season, awful second and redeeming third, but cancelled.

And coming back to The Sandman trailer, it looks like some the sets are similarly produced to those of Cowboy Bebop and acting direction is similar (same/similar team behind it?) and feel somewhat empty/plastic… I don’t know, I don’t feel very optimistic about this, but I will see it and surely enjoy some or most of it nonetheless.

Oooh, neat! I just saw that Jenna Coleman is playing Johanna Constantine … but, interestingly, it doesn’t seem to be John Constantine’s ancestor from those stories, but a gender-flipped version of John. I’m wondering if they did that because of rights issues, or just for the fun of it. Either way, they seem to doing interesting things with the casting.

I’m a big fan of their casting. So far, everyone they’ve cast is either perfect for the part based on their natural looks alone, or they subvert expectations for the role so perfectly that you want to see much, much more of them.

Considering John Constantine’s pretty flexible sexually and the primary and secondary characteristics of him all revolve around him being a complete and utter bastidge and a fairly competent magician, gender really doesn’t matter I’d think.

I just saw that Jenna Coleman is playing Johanna Constantine … but, interestingly, it doesn’t seem to be John Constantine’s ancestor from those stories, but a gender-flipped version of John.

She’s playing both Lady Johanna and Joanna Constantine, the latter being the genderflipped version of John (who is tied up by HBO max, and couldn’t attend).

I was disapointed to read that Neil Gaiman was involved in the season 2 changes for American Gods (To what degree is not clear). I couldn’t even finish season 2, and I will normally read/watch anything Gaiman is involved in. Heck I even bought a Lamy 2000 when I heard he writes with one. I hope they have a good team with him for this.

Cowboy bebop was imperfect but I really would have liked abother season. It was different but I liked most of the characters and wanted more of the new story. After their cancelation of that, and many other shows (the OA) I get nervous commiting to a Netflix series, they seem to either cancel early, or run way past when it should end.

Anyway I am very excited for this, tempered with a little bit of concern.

I TRIED my best to get through all of Sandman - but got bored and gave up about halfway through.

I always wondered what the fuss was about, but clearly there are things I missed that people really liked.