The Thousand-Year-Rose refuses to die

Originally published at: The Thousand-Year-Rose refuses to die | Boing Boing

I wonder to what degree it’s the “original” plant. Roses can effectively clone themselves, so it could be genetically identical to the first plant, but probably sprouts off vines from new roots every certain number of decades that end up taking over.

Sounds like a first-timer trying to locate the clitoris.

Indeed, she will live on in our hearts, and on repeats. 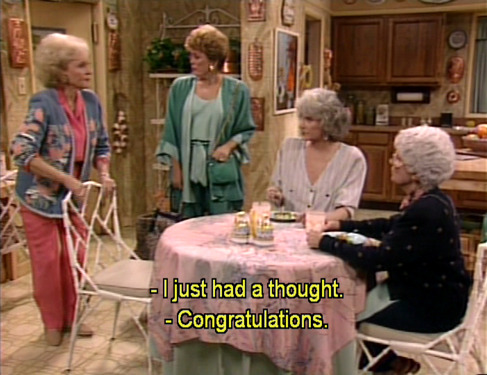 Would a rose by any other name be as old?

Sounds like a first-timer trying to locate the clitoris.

We wont address the trend toward pubic hair removal over the last 30 years which makes your quip rather dated.

What can I say, it’s been a while since my first time.

They weren’t still calling it ‘bush’ by then, though.

The hearty plant slowly crept up the side of the apse for hundreds of years, and still continues to bud and bloom each year, producing pale pink flowers once a year (usually around May).

the plant has been nearly destroyed a number of times throughout its history. Most notably the bush was nearly completely razed during the Second World War when Allied bombs annihilated the cathedral. Every bit of the plant above ground was destroyed, but from the rubble, new branches grew from the root that survived.

new branches grew from the root that survived.

Yeah, though I suspect it’s not even the same roots (it seems to have multiple roots at the moment). Also, “well, the plant died, but another one grew on the same spot, so we’re going to call it the same plant” feels a bit sus. But I suppose talking about “individual” plants doesn’t even make a lot of sense in the first place with a situation like this, and the fact that a rose has grown on the spot for a millennium is the rare and interesting bit, no matter the details.

They weren’t still calling it ‘bush’ by then, though.

“A rose by any other name…”

“A rose by any other name…”

Still has just as many thorns.

Liked for the Kate Bush reference.

I went looking for pics of the whole thing in bloom. No luck.
The wiki has more info. The bush is a dog rose. Once a year blooming, fragrant, simple structure, and probably pink 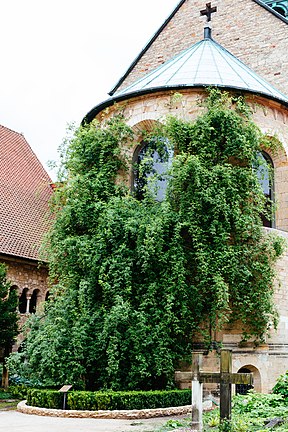 The Thousand-year Rose (German: Tausendjähriger Rosenstock, literally: Thousand-year-old Rosebush) is also known as the Rose of Hildesheim. It grows on the apse of the Hildesheim Cathedral, a Catholic cathedral in Hildesheim, Germany, that is dedicated to the Assumption of Mary. The cathedral and the adjacent St. Michael's Church have been on the UNESCO list of World Heritage Sites since 1985. The rose that climbs on the wall of the cathedral's apse is believed to be the oldest living rose in th...

I went looking for pics of the whole thing in bloom. No luck.

So did I; same result.