The time it takes to be a woman

All of this us making me realize I need to spend more time (currently virtually zero) making sure I smell good and look ok.

This isn’t really about men and women. This is a “vain” person (or more accurately someone who is vulnerable to being pressured into all that fashion, makeup and styling) and who shops-as-recreation compared to a less vain person who shops out of necessity. What is not counted is the extra time that the fashion-conscious person must spend at work to afford all the clothes and makeup they spend so much time shopping for.

I’m a cyclist and a victim of fashion so I spend longer shaving my legs than does my wife. But then I don’t use “product” or moisturizer so it evens out.

The exception is perhaps the bathroom queues that are (for now) segregated (somewhat imperfectly) for gender.

I generally take more time at self-maintenance for various reasons - sitting on the toilet instead of standing, taking time to shop for clothes (not grab 'n go), and spending a little extra time plucking ear hair and whatnot. I’m topping out at about 17 hours.

My mom and I were having a conversation about things like hygiene and general demeanor, and she told me she thought I always had an effeminate way about things like my maintenance routine. I specifically remember her pointing out when I was a boy that I tended to wash my hands very thoroughly, like a surgeon. I’m fairly certain I didn’t learn it from her. The practice just naturally developed.

(And scrunch your paper towel into a tight little ball before discarding, so that the receptacle doesn’t immediately fill to overflowing. Is that so hard, people?)

You’re right. I choose to have very short hair to save time. That’s the only reason.

when I was a boy that I tended to wash my hands very thoroughly, like a surgeon

I did it because I wanted to be ‘Hawkeye’ Pierce on MASH.

“Women have to wait longer in restroom lines” That wording kind of sounds they they are being made to wait doesn’t it? Who’s making them wait? They are!

Women don’t “preen” in the cubicles and other people tend to get upset if you squat and piss in public spaces, then they get the police involved.

There is actually a proven social cost to women not doing some of these things. Many women have been told at work that they need to wear makeup in order to be “professional” or “well-groomed”. Black women are told that their natural hair is “unprofessional” or “unhygenic”. Hell, even white women with curly hair (of which I am one) sometimes get told this! So there’s more time spent on straightening and arranging hair, unless one wants to get a buzzcut … which often comes with another set of social penalties if you’re female.

Ask A Manager had a question a couple of months ago from a woman who wanted to know if it was unprofessional to stop shaving her legs. The consensus was that you should be able to do whatever you like with your body hair, but some employers aren’t gonna like it.

I’ve BEEN a woman for decades, and I can tell you, we’re just trying to piss. There isn’t a line to preen, you just duck past the line and go to the mirror if you want to do that. The lines are for pissing.

Late Edit: And let’s not forget that in addition to needing to pee in a stall, and poop in a stall (as men may also be doing), many of us also have to deal with menstruation in a stall. Which altogether means we’re spending more time in there out of necessity, thus making the wait for a stall longer.

Women, if you don’t want to spend so much time preening then don’t. Guess what, men will still be attracted to you.

Because I cannot seem to find that anywhere.

At large public functions, bathroom lines tend to be longer, because we can’t whip it out at the urinal, but instead have to go into a stall, sit down, etc. it’s got literally nothing to do with preening… @BZMacLachlan is correct that we tend not to “preen” in the bathrooms…

Oh, and often times, when we do “preen”, we don’t necessarily do it for me… Often we do it for ourselves, because we want to do it. We’re not all so bubble headed that men are all we think about.

But yeah… thanks for the advice…

women have an instinctual proclivity to look beautiful, mostly as competition against each other.

Please stop spouting this sexist BS. It’s reductive and offensive. Women, surprisingly, are just like men, in that we’re all individuals and have different ways of looking at the world. Even if this stupid statement is true about one person that you know, it likely isn’t true for millions, billions of other women on this planet. It’s this world view that is a major part of the problem.

And so heteronormative too. I don’t think my lesbian sister is putting on all that makeup for dudes.

Yep… people (men and women, actually) get gussied up for any number of reasons, not just WIMMINS BE WANTIN’ MENS… Ugh, so reductive a view of fellow human beings. 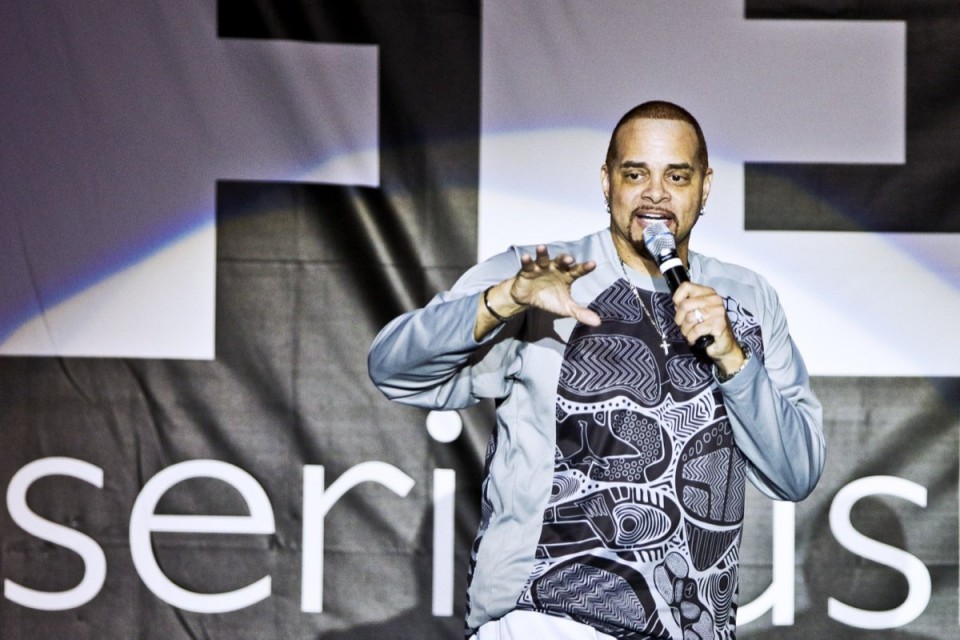 (… women be different from men.)

I always find that comedy trope to be incredibly lazy.

Me too. That’s why I had to include it.

Given the tone of some in the conversation, it’s more than appropriate!

The point of stereotypes, and prejudice is that they may be sometimes unavoidable, and even true. The real problem starts when they are not seen as what they are, a statistical (often quite skewed) evaluation due to lack of information, but become truth in the eye of the individual or society that holds them.

A stereotype is when we take a generalization about a group and assume it’s true about an individual.

Stereotypes can be positive (Asian are awesome at school) or negative (Asians are bad drivers), and they can be true or false in the aggregate. Insurance companies use a statistical version of stereotyping to determine how much to charge you.

Women tend to have longer hair. The majority of ladies don’t have crewcuts.

I am not sure if this jives with my experience. But I do not try to guess what sexes or genders people are. Just last night I dreamt of a beautiful love of years ago and her beautiful bald head. My social circle (back when I could be said to have a social circle) has tended to involve more women with short hair or no hair. People I don’t personally know, I don’t make assumptions about.

I’ve had long hair and I’ve had a shaved skull.

Same here! Although not at the same time.