Originally published at: The time that the Queen turned down a birthday concert from Paul McCartney to watch Twin Peaks | Boing Boing

this came up recently… 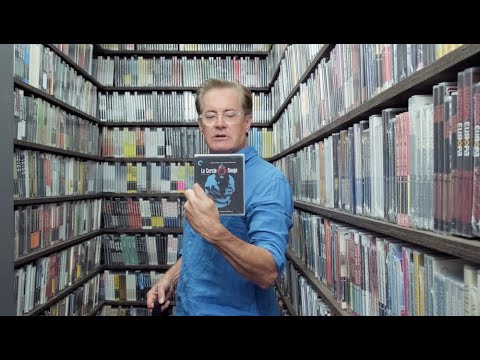 I’m sure the Queen could afford a VCR.

Plus, sitting through stuff despite having better things to do was literally her entire career.

It would be cute to think she told him this as a joke though.

Regardless, with this she’s risen substantially in my estimation.
“Her Majesty’s a pretty nice girl …”

Never encountered this situation, of course, but I can relate because I would respond the same way.

If the story is true maybe she just wasn’t a fan of the music.

I can take it or leave it.

I believe the “Sir” in “Sir Paul” means she knighted him. Suggests some affinity for his music if not his contribution to their society.

She may be familiar with his contributions but didn’t care for the music. Who knows.

I wonder if she was familiar with all the work of the 40 or so musicians that got the honor.

John Lyndon turned it down but it would be interesting to know if she was familiar with the Sex Pistols music.

Okay, I will hand it to her, she was a cut above common folk. Twin Peaks inspired me to have nightmares. I still watched it. In any case, I can’t blame her for skipping a Paul McCartney concert, personally.

I’m sure the Queen could have afforded hiring the entire cast and crew of the show to reprise the episode for her in a live performance at one of her homes.

“Sorry, Paul, I can’t watch your concert. I need to wash my hair and then walk my corgis.”

@jlw The Queen had about as much influence on who she knighted as the King of Sweden has on who give Nobel Prizes to. There are committees who decide these things, not the monarchs themselves.

She can chose some. The Royal Victorian Order, which gives you a knighthood if you get high enough, is the personal gift of the sovereign. It’s usually awarded to people who’ve worked for her for a long time etc.

The Royal Victorian Order, which gives you a knighthood if you get high enough

How high? Maybe I would have qualified back in my high school days.

which gives you a knighthood if you get high enough

Thine valiant efforts for the realm shall not go unrewarded.

…looks for ermine-collared cloak for self on Amazon

…looks for ermine-collared cloak for self on Amazon

the “Sir” in “Sir Paul” means she knighted him.

ETA I see @jhbadger beat me to it.

she boffed his shoulders with a sword

Imagine the crisis that would have ensued if the ceremony had occurred on a rainy day, she tripped and fell into a puddle, and accidentally lobbed the sword at him!

Buckingham Palace is probably one of the better maintained historic buildings… I doubt there is any leaking roof likely to cause puddles inside there.