In that case, Donna Summer did the song a huge service; she upgraded the hell out of it. 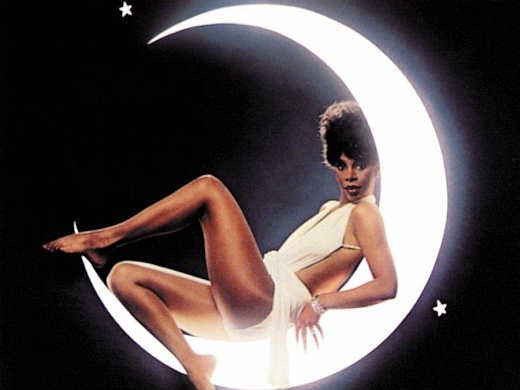 Damn! And all these years I was blaming Grace Slick for the song. Way to go screwing with my confirmation bias.

I liked both songs, loved the animation in both, especially the last one…

I wonder if we will ever hear the original?

Obviously Kim Mitchell never made it out of Canada.

The animation is mainly what appeals to me in those vids, but the music is cool too.

Bernie Taupin (lyricist, in 2013): The original song was… a very dark song about how club life in L.A. was being killed off and live acts had no place to go.

I think it’s really unfair to judge the song until you’ve heard the original lyrics and instrumentation:

I’ve even been known to put Rebecca Black’s “Friday” on repeat. No idea how I’m still married.

I grew up staying up late listening to Dr Demento, so I like weird stuff.

I hesitate to bring up MacArthur Park again… oh too late.

Nope, but that was great too. I wish I could remembers a good animated video to share…

Based on the 1st and 3rd song, you may like this. Depending on your age, you may have heard it before. Though not animated, the video is noted for being one long ~4 min take.

I loved this song back in its hey day. And I hate myself for it.

Edit: Longer story of no interest to most: Things were different in 1985, for those of you not old enough to remember. Hearing a song you like wasn’t a gimme at all times like it is now. I was with relatives in Mexico for a month that summer and if the stars aligned at night I could get a radio signal or two from New Orleans. Heard this song soon after it was released and I thought it was awesome. Truth is, anything other than Sabado Gigante was awesome by that point.

OH wait - Caravan Palace. I thought that style sounded familiar. It is the intro to the You are Not So Smart podcast!

I been meaning to get an album to check out.

ETA - File this under "well that escalated quickly"

The Fray’s ‘How to Save a Life’. No, I’m not linking that crap and fuck me for even mentioning it.

I loved this song back in its hey day. And I hate myself for it.

Fun fact; that was my personal theme song for the last guy I dated who didn’t deserve me. (Man, am I relieved to have that monkey off my back.)

How about the Macarena? "Macarena" (Spanish pronunciation: [makaˈɾena]) is a Spanish dance song by Los del Río about a woman of the same name. Appearing on the 1993 album A mí me gusta, it was an international hit in 1995, 1996, and 1997, and continues to be a popular dance at weddings, parties, and sporting events. One of the most iconic examples of 1990s dance music, it was ranked the "#1 Greatest One-Hit Wonder of All Time" by VH1 in 2002. The song uses a type of clave rhythm. It ranks at No. 7 on Billboard's All Tim...

Or this gem, which, to be fair, was never a hit and the only reason I know it is because of it being on the dvd for the film… every time I hear this song, I have to laugh…:

Or how about Who Let the Dogs Out?

Why was that song ever popular?

McCartney’s unforgivable “Wonderful Christmastime.” I don’t care how close I am to the register and how many items I’m carrying, if that song comes on, I’m leaving the store instantly.