haven’t yet read the article, so maybe it touches on this, but it is likely done to reinforce the stereotype that the poor do spend their money on these things… I know plenty of people who insist most of the poor are living the high life off the taxpayer’s money.

The real welfare queens are the ones in the boardrooms.

You know what else they shouldn’t be able to spend their welfare checks on? Yachts. That’s what. No goddamm yachts.

Yep, but since they pretty much run the country, no way to hit them for it.

I think the issue behind recent state laws is more about welfare ATM use rather than food stamps. A person obviously can’t use food stamps at casinos and strip clubs, but there are documented cases of people using welfare benefits cards to withdraw money from ATMs at those places. That doesn’t mean they’re spending that money at the casino, but it probably looks suspicious to some. 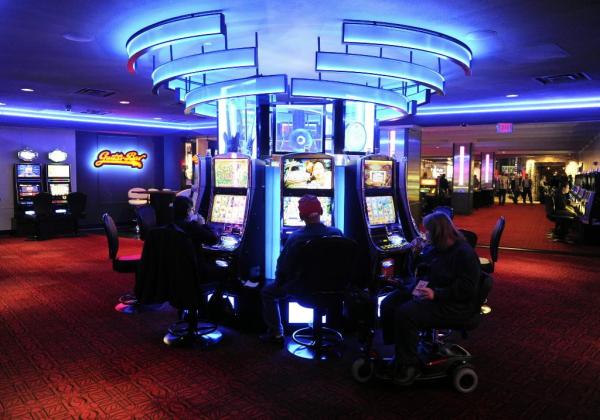 Most welfare recipients access funds in the form of EBT (some which can be withdrawn as cash) and SNAP, which is very restricted in what food can be purchased. I don’t see a problem with state laws prohibiting directly spending unearned assistance on booze, including blocking EBT cash withdrawal from ATMs at strip clubs and casinos. I think few people would object to similarly restricting how farm subsidy cash is accessed.

Well like everything, it isn’t black and white. The system does support some people would go hungry if they didn’t have help. There are some who could probably make ends meet, but the extra cash helps them get things they couldn’t otherwise get. Then there are those who outright abuse it and see it as an entitlement, even selling their food money for half price for cash.

I think the issue is people want others to be more fiscally responsible, something all of us could probably work on. I really think the gov should offer some sort of class to help people better budget and control their cash flow.

I know I will get shit for generalizing, but this is true for a lot of people - people are bad with money - especially the poor. Especially when it isn’t “their” money. I delivered turkey dinners one year for the Salvation Army. It was amazing that my 86 Caprice (around 2000) was the oldest car in the neighborhood I delivered at, except for the 85 Caprice I saw that was painted with fancy wheels. Now some of these people I felt like I was helping. Some of these people had huge flat screen TVs, most of them had satellite dishes (I had just a small tv and no cable/satellite). Their houses on the outside were not nice but inside I wouldn’t have guessed they were poor. I was delivering dinners to 1/2 the people who appeared much better off than me.

When I was young I was with my mom while she got her hair cut. Some lady was getting her hair done, color, nails, the works - and then bitching she didn’t have money for her kid’s Christmas. Even though I was young I asked my mom why she didn’t just get a regular hair cut, and save the rest for her kids. I am sure we have all seen people with very expensive phones (and the plans that go with them) pull out EBT cards.

Whats more, because people are so bad at finances I am sure a lot of those cars and TVs I saw were bought with rent-to-own places, or high interest car loans. Places like the pay day loans prey on people.

So, anyway, fiscal responsibility. I can see why people would want others who get their money to be more responsible. It would behoove them to be more responsible so they could get ahead. I think though instead of these restrictions they should work on education. Find some way to really hit home that some delayed gratification will pay off on in the long run.

There is no economic difference because tax deductions and direct payment type benefits. You talk about taking less out of your wages, but your wages are what they are because they were negotiated in a particular tax code environment, and co-evolved with that environment. It isn’t as though you and your employer picked a number and then you were surprised your take-home pay was less than that, or surprised again when you took some deductions.

And Social Security and Medicare are not “accrued benefits.” Never have been. That appearance is a convenient fiction that engenders long-term popular support, but it isn’t as though the money paid in today is being saved for you later. These are insurance programs. Like health insurance, everyone’s premiums today pay everyone’s claims today - the only difference is that you know, in advance, when you are going to start collecting benefits.

There is no economic difference because tax deductions and direct payment type benefits. You talk about taking less out of your wages, but your wages are what they are because they were negotiated in a particular tax code environment, and co-evolved with that environment. It isn’t as though you and your employer picked a number and then you were surprised your take-home pay was less than that, or surprised again when you took some deductions.

Actually, I was hired under a particular tax code environment (Illinois) and then intentionally moved to a different environment (New Hampshire) specifically because the NH tax code is more favorable to wage earners.

That’s really nice. Most workers don’t have a job waiting for them in the state of their choice - plus the whole family thing. I assume you’re single and childless?

These laws are popping up everywhere, thanks to ALEC. They achieve nothing except further shaming the poor - but to many Americans, that is a reward unto itself. Kansas is debating a law forbidding SNAP recipients from buying steak and seafood. Because we all know those people are living the high life on those sweet sweet welfare dollars. Pity canned tuna is seafood - and unaffordable on SNAP.

Let me give you the shit you were expecting.

You seemingly disregard the possibility that, for certain individuals/families, things were not always thus.

After all they have a big TV and you are delivering them food for the needy. They obviously spent money on the TV in lieu of food. It’s not possible that they could have bought the TV when everyone was working and had some disposable income, then they got laid off one at a time and now they find themselves in the situation of having to have food delivered or they starve. They thought, hey we’re doing pretty good, let’s go ahead and take advantage of that long term cable/satellite contract because it’s only $20/mo for the first 6 months, and right after the discounted months are up, jobs are lost and the bill goes up. Or maybe they had to take pay cuts and became the embodiment of “working poor.”

All assumptions, just as yours.

The point being, you made up a story in your mind to fit what you assume about those people/families. Unless you sat down with each person and talked about their life, you just don’t know for sure, do you?

All of these welfare restrictions are utter bullshit.

When companies like JP Morgan Chase and their ilk get billion dollar handouts, and CEOs like Jamie Dimon get multimillion dollar salaries, the money going to people who need it is a rounding error.

Who gives a shit if they have a big TV? Chances are they don’t have much money at all to spend on leisure. A few hundred dollars on a TV might be their only entertainment. Or, heaven forbid, they might buy some cigarettes or some beer. Do we really want people on welfare to have absolutely no quality of life beyond basic subsistence?

Remember, the most effective way to protect taxpayers’ money is to construct an overwhelming bureaucracy and police force to oversee how poor people live their lives, then craft tax legislation for your cronies so that they can afford to fund their “think tanks” to manage who gets elected and how to most effectively dispose of public resources.

I think we could have full employment if everyone watched this film and classes in guillotine construction and repair were offered at community colleges.

I don’t even know if these people were on food stamps, but they requested a DELIVERED, free dinner in a statistically poor neighborhood.

I did have plenty of neighbors growing up with messed up priorities.

The bureaucracy surrounding the application for and receipt of benefits is time consuming enough to really put a crimp in your job hunting efforts. It’s almost as though we don’t want poor people to compete with the rest of us for jobs.

The major problem with state or federal assistance in this country is that no working middle class person could ever expect to receive any of it – even when it would collectively save us money in the long run. This adds strength to the argument that our taxes are completely wasted by the gummint. Any benefit to using the collective power of our financial resources has become more invisible. Up to the point where people can say, “I built this” with a straight face.

See also: “government hires unfireable lazy bastards.” This is a tactic to fill the government workforce with exactly this type of individual.

The real welfare queens are the ones in the boardrooms.

But, the military-industrial complex keeps us as safe in fear and financially drained as possible.

Look, if the Undeserving Poor didn’t want to get relentlessly poor-baited and shamed, they should’ve been born rich like us Job Creators. You people have to stop coddling those people. It won’t help them. They need a hand up not a handout. And also they don’t need a handout. Yes, some of those people do need help, but as a nation we have higher priorities, and this is one of the areas where Personal Charity can fill in a moral position that government abandons, as it did before Big Government barged its way in and enslaved The Poors with food and shelter, and if Personal Charity isn’t enough, there’s always workhouses and prisons.

Big Government needs to tighten its belt and stop wasting my hard-earned taxpayer dollars on things other than Defence, the court system, and me.

I know plenty of people who insist most of the poor are living the high life off the taxpayer’s money.

And those people, the ones thinking the poor are really pulling one over? They’re fucking imbeciles.