The world is putting America in quarantine

I’ll own it. We suck in general.

Again, I can’t say I blame them: 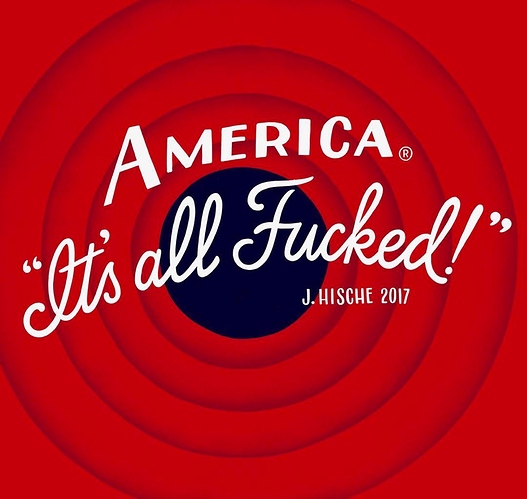 if NY and NJ think they can quarantine visitors from other states (probably not enforceable, but whatever I get it), see how countries who actually have the power to limit our travel react to our shit show.

Have trips planned for France of Spain next year? GOOD LUCK. Want to travel to New Zealand next month? That’s going to be complicated.

Luckily our British friends are stupid in the same ways that we are. And even if they get control over the virus before the US (and as of this week, that seems to be the case), they’ll probably not block our travel to their nation. Too much is at stake on trade deals now that they nuked their economy with Brexit.

Why does this all feel like the plot to idiocracy? The rest of the world will cut us off, and 500 years later we’ll be living in “domistiles”.

Around the world, it is beginning to sink in how profoundly rotten the United States is

I think most of us here, both abroad and in the U.S., realised a long time ago that the country has some serious dysfunctions that set it apart from other wealthy nation-states. The mishandling of COVID has turbo-charged that realisation like few other things (even the election of a well-known grifter to the presidency) could have.

We’re living through the death of an empire, driven by stupidity and ignorance and delusion.

As my 78 year old (thankfully liberal) father said the other day on the phone: “This country is a molten mass of shit.”

From whence shall we expect the approach of danger? Shall some trans-Atlantic military giant step the earth and crush us at a blow? Never. All the armies of Europe and Asia…could not by force take a drink from the Ohio River or make a track on the Blue Ridge in the trial of a thousand years. No, if destruction be our lot we must ourselves be its author and finisher. As a nation of free men we will live forever or die by suicide.

Not all parts. But yeah…most.

I’m in GA surrounded by the other types of dads; disbelievers, Trumpers, etc. We all deserve to be prohibited from other countries until we have actual leadership will to do the hard work and model the appropriate behavior.

Seeing this all play out makes me realize that other serious topics, like sacrificing comforts now to save our environment in the long run, are likely not even possible for a people who can’t even maintain a couple months of minor sacrifice on a life or death topic without dissembling.

It’s not just the US you know. The entire wealthy North look like idiots to Asian people, and rightly so. I mean my only real concern about that reputational damage is that I may lose my job and never work again and die in extreme poverty in a collapsed country but…

Well that and my children. And the grim end for my parents who are already crushed by the realisation that the world isn’t getting better and the shit they went through is just expanding.

Edit.
and Africa, and NZ. Unfortunately South America I don’t know. US client states have in general done really badly. Wonder what HK would look like if it was still an English dictatorship?

I was thinking about this last night… Tony Blair and the U.K. entry into Iraq came up in conversation and it struck me that if that situation came up again I doubt that a substantial number of historical close U.S. partners would still follow us into a war on the assumption of good faith and international allyship. The U.K. under Boris might still go for it, but I think they’d be pretty vocally unhappy about it and his government would face backlash.

I wonder sometimes what the world would be like if we’d had a leader in 2001 who was able to call on those of us with the greatest means to make some relatively small individual sacrifices for the good of our nation. You know, actually lead the country for its long-term benefit as opposed to simply treating consumerism as the highest form of patriotism.

You mean like a guy or gal who considered things such as environmental issues to be inherently true regardless how inconvenient they might seem?

Yeah they should have quarantined us months ago.

I’m a mentor for a local startup accelerator. I just got an email full of events: breakfasts, lunches, happy hours, “mentor mingles” and weekend sprints. All in July and August.

This kind of denial is more virulent than covid-19.

The Democratic Republic of North America: The United States-en-ing

It makes me sick to my stomach that I won’t be able to see my parents, or American relatives and friends again for a loooong time. I hope things get better down south, but I fear they won’t, at least not until the election.

Conservatism and COVID: a perfect storm where stupidity, selfishness and stubbornness all converge.

The merry-go-round broke down, all right.