6 pixels of smudge does not an x-wing make. but i definitely admire his dedication and the history

That model looks pretty darn close to the final X-wing design compared to a lot of early sci-fi concept art.

Behold, the first concept art for the climax in Alien when Ripley blows the Xenomorph out the shuttle’s airlock: 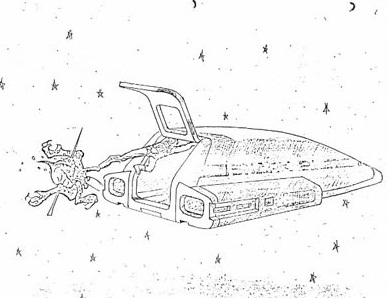 Looks more like the kind of vehicle you’d take your kids to soccer practice in than something from a Ridley Scott movie.

Then, EC creates a fan lore backstory to position the Dart within the Star Wars canon.

I say this as an old school, first generation, OG, saw-Star-Wars-11-times-the-summer-of-'77 fan: that’s okay, we’re good; thank you, but you really don’t have to do that. 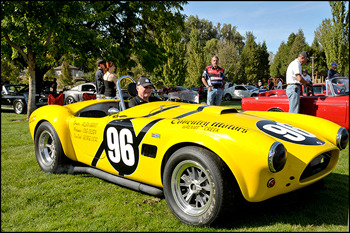 Perfect example of why original creators and studios need to protect their IP before fanboys start adding their two cents into the lore and confusing the heck out of people.

Has Star Wars dipped into the multiverse yet? Then anything goes.

I firmly believe that in his off-hours, Dave Filoni is working on a time machine in his basement, for the purpose of going back to 1974 and salvaging the crumpled pages out of George Lucas’s office wastebasket.

On The Greatest Generation podcast (a Star Trek podcast, of course…not to be confused, etc, etc…) they took to referring to the shuttlecraft as “The Previa”. 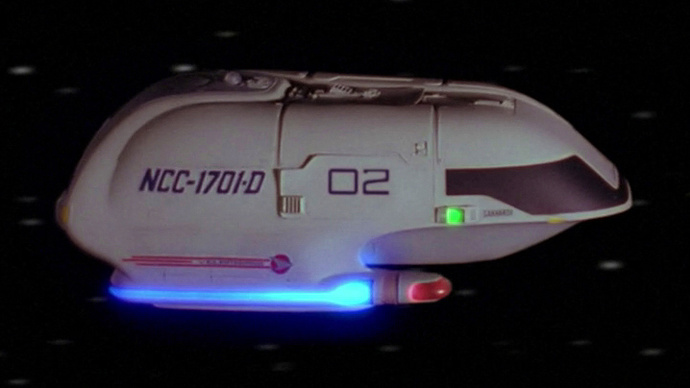 A reference to the Toyota minivan, the Previa, Ben and Adam refer to the larger-sized Enterprise Type 7 shuttlecraft in this manner, due to their similarity in appearance and ergonomics. The resemblance is striking. Compare to Bunkbed