The sign in our planning department says, “Beware of the leopard.”

Lots of idiots out there who don’t know the difference between a pet and a wild animal. I recall that back when I lived in NYC some moron was caught with a fully grown tiger in his apartment in Harlem.

fully grown tiger in his apartment in Harlem

What the hell? I am boggling at the litterbox problems alone.

The sign in our planning department says, “Beware of the leopard.”

Hasn’t been updated in awhile eh?

Damn… Imagine I could have my very own, fully-grown, groomed and preened tigress… Just there in my little abode, all mine to … caress. So graceful, so striped, so vivacious… so deadly. rrrr.

And the rest’ be easy: Get a chain shirt, chain briefs, chain collar, gauntlets maybe and … we’re off, baby! 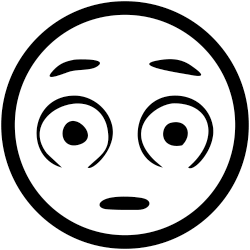 Taj is one of as many as 7,000 tigers living in the US either in zoos or privately owned, according to some estimates.

Er…they’re not all in backyards…

Taj was a four-month-old tiger cub when purchased at a Texas truck stop by the driver of an 18-wheeler lorry. But after Taj began tearing up the truck’s cab, the driver contacted Austin Zoo to get the animal off his hands.

Genuinely curious what this guy’s plan was. Did he think he’d just leave the tiger unsupervised at home while he was out driving (because nothing could possibly go wrong there), or was he planning to have a 400 pound carnivore just chillin’ out on the seat next to him while he made his rounds? There’s mistaking a wild animal for a pet, and then there’s being so completely disconnected from reality that you can’t switch your brain on for even a single second- which is all it would take to make anyone realize this was a horrendously bad idea for hundreds of reasons.

I worry about how inbred those tigers are, otherwise they may be a nice addition to the American wildlife once civilization collapses and Nature takes over again.

If you necessarily want a wild cat as a pet, I think a cheetah would be a better choice. Those are pretty cute and almost never maul you.

Those are pretty cute and almost never maul you.

Once is probably enough!

Once is probably enough!

A tiger can kill you by sneezing in your general direction. Odds of surviving an attack by a cheetah are pretty good. Better not keep children around though, those are in a more snack friendly size for a cheetah. 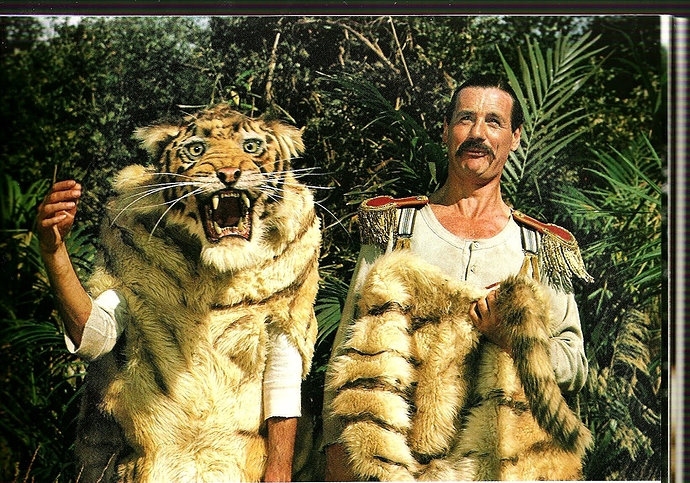 Cheetahs were tamed (though AFAIK, like elephants, never domesticated) and used for hunting. There is a video of it from India in the 1930s:

It is more like falconry than hunting with dogs.

I was at the zoo recently and it really struck me how something about the Bengal tiger, more than any of the other big cats, said “o hai I exist to kill”. I would be wary of keeping one as a pet.

That said, however many pet tigers there are in the US, they are empirically not a threat to the non-tiger-owning population. It’s a bit bonkles to even mention that in the same breath as the danger from guns.

fully grown tiger in his apartment in Harlem

What the hell? I am boggling at the litterbox problems alone.

Don’t worry. He let the kitty go in the nieghbor’s yard.

Damn… Imagine I could have my very own, fully-grown, groomed and preened tigress … Just there in my little abode, all mine to … caress. So graceful, so striped, so vivacious… so deadly. rrrr.

Our cats are incontrovertibly convinced they’re tigers. That’s enough for me.

You’re not being fair!

Henry was the sweetest, best behaved tiger you ever seen! And it’s not like I…erm…that guy didn’t have a plan for Henry; he was supposed to go live in the community garden across the street to protect our tomatoes from the squirrels. Have you ever seen a Brooklyn squirrel? They are wicked tough, man.

Thing was, it was like when my Uncle Larry built that boat in the boiler room. There was no problem getting Henry into the apartment when he was small, but once he was grown up, he wouldn’t fit in the elevator and I couldn’t afford to rent a crane the way they did when Aunt Louise had to be removed from her apartment so she could go to Teaneck for bariatric surgery.

And then the super showed up to change the light bulbs in the hallway when I was taking the trash to the chute and Henry got out 'cause the door was unlatched and gave him a little love nip, and he completely overreacted, and then the city showed up and took Henry away and I never seen him again.
…
I miss Henry.

I’m guessing it was an impulse purchase.

I usually come home with shoes I don’t end up wearing very much, but I could see a tiger cub happening to someone else.

The original claim by the WWF (what, Hulk Hogan’s old outfit?) claimed 5000 tigers in zoos, 2000 private. Which is still a whole lot of privately owned tigers, if true.