Originally published at: These Lord of the Rings wedding bands will help you in the darkness bind them | Boing Boing

The ring names are confusing. Wasn’t “The One Ring,” “Frodo’s Ring,” “Gollum’s Ring,” and “Sauron’s Ring” all the same ring, with the only difference being that it magically re-sized itself to the current holder?

Wouldn’t it be better to just sell replicas of the canonical rings?

They’re meant to represent the characters themselves rather than the One Ring, but it is slightly confusing at face value. The Gandalf one is also puzzling because he wears one of the Elven rings, Narya, which has a red gem set in it so i was expecting to see something that was related to that but it’s a plain ring with a brushed texture. Again i get that it’s more of a reference to the character itself rather than the ring he wears, but it does complicate things.

As an aside, the name of the business being Manly Bands puts me off. Its got that toxic masculinity vibe that i’d rather not deal with. 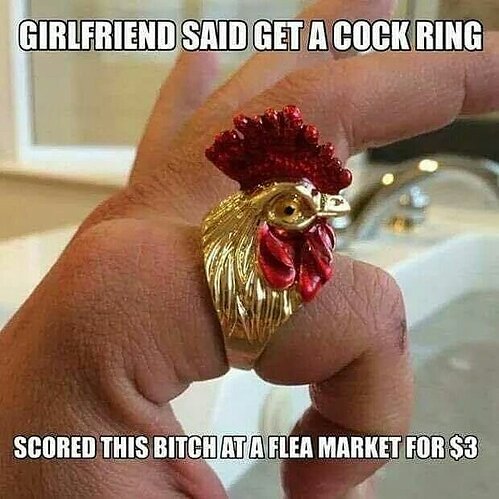 the business being Manly Bands puts me off.

I used an LOTR ring for my wedding 6 years ago. It was of unknown shiny metal and was $12 on eBay.

the name of the business being Manly Bands puts me off

Ditto. These are more aesthetically interesting to me than rings with precious metals or set stones - but good grief that name is a tacky, embarrassing turn-off.