These luxurious headphones are now 73% off

Call me old fashioned, but I like it when my speakers vibrate.

Call me old fashioned, but I like it when my speakers vibrate.

… and when my vibrators speak. 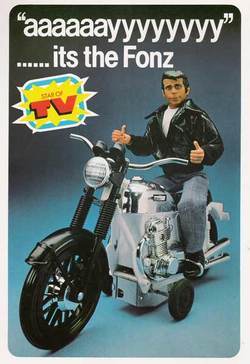 How do I get this deal?

lets you toggle between passive audio, bass-enhanced, and active noise canceling modes, so you can curate the sound that’s best suited to your needs.

Only ship within continental US. But see, the Internet is global. So how bout mentioning that in the offer and not wasting the time of all the rest of us not unfortunate enough to live in the US.
Oh and hey, good luck with the election.

I can see why no one had the guts to put his or her name on this drek.

“A-Audio” - Yes, it always instills confidence when a company uses the same naming technique as a sleazy auto-towing company.

“3-Stage Technology that lets you toggle between passive audio, bass-enhanced, and active noise canceling modes” - You can’t “toggle” between 3 modes. By definition, a toggle is a switches between 2 modes.

“so you can curate the sound” - Curate? Good god. Are those also artisanal zinc hinges? Bespoke anti-vibration aluminum (how did you miss using the UK spelling?). Just die already. You’re only making things worse.

For what it’s worth, I usually just assume that if it appears in the ‘boingboing store’ then it’s a terrible piece of crap and that if I were contemplating buying something and then saw it in the bb store I’d immediately cancel that plan. Although I can’t imagine seeing stuff anywhere else - it’s like some weird other dimension where skymall never went out of business. The only point in clicking is to be amused by the comments.

weird that they don’t link to the soud guys’ review, if it’s so important. also, i’ve never heard of the sound guys, are they legit?

The Zinc Hinges sounds like a support act for a slightly more successful alt-blues outfit.

i’ve never heard of the sound guys, are they legit?

Yeah, they’re, like, totally sound. You can trust them

They’re yuuge. Seriously, they look like the giant cans we used to use back in the 60s.

Looking around online, these seem to be OK for large over-the-ear noise cancelling headphones, and the stacksocial price is pretty good, though an independent review or discussion at one of the more credible audio hobbyist websites would be reassuring.

I should make one of those but I keep putting it off.

Of course, why not the best!? 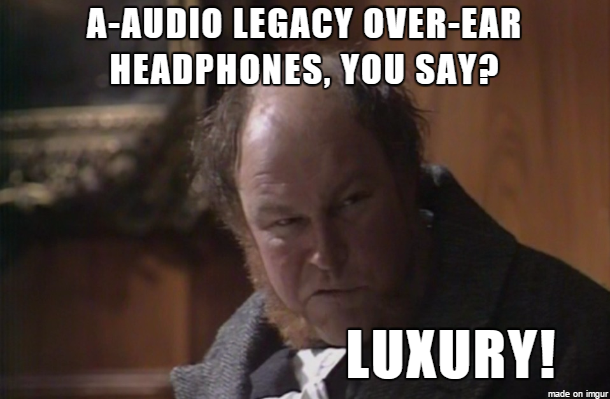