I’ll say this for the 1999 film: it not only taught Will Smith humility, it also probably made The Matrix a much better movie.

It really was a great show. Even the bumpers before commercial breaks building off the intro (each panel replaced by a posterised still from the episode) were good.

I especially loved Ross Martin as Artie, with all his gadgets and silly disguises and accents.

Thank you for adding that after reading to the bottom of the post.

I’d be interested in imagining how that would’ve turned out. I have a love/hate thing with Will Smith, at least at the time The Matrix was a thing i did enjoy his acting a lot and i think he might’ve done a pretty good job. That said Keanu fits what comes to mind when thinking of The Matrix much better.

Truly a fantastic show with amazing characters and story too.

LOVELESS is the best tv criminal mastermind of all time.

How about this from Twin Peaks: The Return?

The Wild Wild West remains my favorite television show of all time.

Not of all time for me but definitely hovering in the top 5.

LOVELESS is the best tv criminal mastermind of all time.

He scared the hell out of me when I was a kid. Michael Dunn knew how to give the character a disturbing and sinister edge. Dunn was a fascinating individual in real life, too.

Where I watched WWW it followed Kung Fu.

Awesome double header for the afternoon.

Miguelito Loveless and Count Manzeppi are still two of my favorite villains.

As Smith notes they were originally going to have a white guy play Morpheus (Brad Pitt, Val Kilmer and Russel Crowe were all considered for the role) because Hollywood, being the cynical racist machine it was and largely remains, wasn’t going to make a big-budget action movie with two black leads. So if Smith was in Lawrence Fishburn would have been out.

I think it would have worked, but the movie would’ve definitely ended up being different. It being different isn’t inherently a bad thing but at least in the case of the first movie to me the way it turned out is pretty perfect and i wouldn’t have it any other way.

Wild Wild West was one of the first complete TV series that I bought on DVD as soon as I saw it was available. I bought it at Media Play, which was a long damned time ago.

The movie adaptation hurt so bad. I wanted to like it, but no. No.

I felt the same way after watching the movie adaptation of The Avengers tv series. Just dreadful.

Now my old brain is thinking, “Maybe they weren’t really that bad? Maybe I should give them a try again? It’s been a number of years, after all.”

I don’t suppose anyone here has read this book? 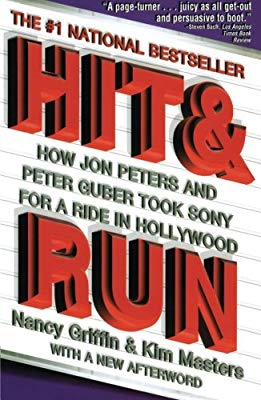 The deranged inclinations of Jon Peters apparently did much to make the Wild Wild West movie what it was. But then, the big Sony E-mail leak from a while ago illustrated that there were plenty of other sources of bad ideas around those parts. 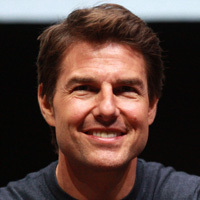 4 Reasons Why Bad Movies Are Allowed to Happen

The likelihood that people will panic, go insane, and make bizarre, irrational decisions is directly proportional to the amount of money involved.