This cannabis cigar contains 12 grams of weed and costs $420

Of course it does.

Well now I know, and knowing is half the battle.

the company told us, as cannabis users splurge on a product that “represents success, luxury, and sophistication.”

How does this supposed “representation” work? What kind of codings or semiotics are happening here, apart from the assertion of the proprietors?

All right… I’ve got a medical marijuana card in RI (fuck you, Sessions, you bigoted antebellum asshole) and I did the math.

If you really overcharged for the handling/crafting portion of this, you might be able to justify a $200 price point… otherwise, screw this and just do it yourself. Sheesh – there’s one born every minute.

Sheesh – there’s one born every minute.

As evidence, see the election of the current US “president.”

Well, you really arent taking in taxes that we have here in WA. Your lovely medical should be tax free yes? Average price for decent quality product is about 40$ for 3.5 grams in WA. So doing the math, its still overpriced if you made it yourself, but not too terrible for what you are buying. The joy of a recreational market? Random products like this can be made giving the customer as many choices as possible.

How does this supposed “representation” work? 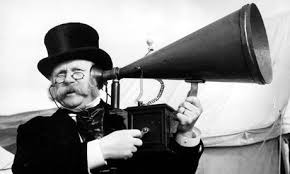 You need plenty of green for one of those things.

As a person who believes today’s pot is ridiculously overpowered and makes me uncomfortably high, this thing looks like a torture device. I think this is a Geneva convention violation.

Good point… I hadn’t considered the tax hit, but I’m one of those “Hey! Tax it up the freaking wazoo!” guys, as a gram can and does last me a couple months.

I want the tax revenue to be so completely irresistible that it eliminates the issue for once and for all.

BTW, I grew up in WA. Before Microsoft. I wouldn’t recognize it now… like Marty McFly visiting the town square in BTTF II.

And here’s a shameless plug – my brother is a THC magnate in WA! Here’s his thang…

That’s the going rate in Cali too, and the advertised product is still way overpriced.

It’s in the ad copy itself that the consumers are paying for the idea of “prestige” more so than they are the actual product.

Long story short, unless someone is willing to sit down with me and toke a few to demo just how ‘high quality’ the product actually is, I’ll leave this one to the fools with money to burn.

$200 will buy you an ounce of some beautiful bud in Seattle. So that’s at least a 300% markup above their retail, and retail is always less than wholesale or they wouldn’t have a business.

This reminds me of Tony Greenhand, but at least that guy puts some art into his wares. This is just fucking stupid!

That’s the going rate in Cali too, and the advertised product is still way overpriced.

The stupid, it burns… in this case literally.

Born and raised CA boy here and I must say the product in WA is superior in many ways to anything I have ever had in Cali. I did say that was the average price. Many stores here sell lots of product for cheaper. I would say up here the advertised product is perfectly in line with what one pays. Plus, the extra charge for being able to go to a store, talk with knowledgeable staff and have a wide selection to choose from (vs. “here is what we have, take it or leave it”) is well worth it.

Having just retired and moved back to California I was thinking of starting up again. But not at these prices. Going to have to grow my own or something.

The stupid, it burns… in this case literally.

“But you wanna be a baller, shot-caller…”

I don’t believe their claim that they sell out of this product “instantly” either; I know lots of smokers and chiefers from all walks of life, but none of them is so very cavalier about their purchases, not even the ones that are “living large.”

Born and raised CA boy here and I must say the product in WA is superior in many ways to anything I have ever had in Cali.

That’s fascinating; when exactly did you move?

Because I find your anedote just a little hard to believe, given that I have a buddy that currently lives in WA, and he brings me ‘gifts’ whenever he visits.

9 times out of 10 mine is still better than his, but it’s the thought that counts, so I never complain.

WMoved in 2002. Been a partaker about even amounts of time in both now. It’s definitely all a personal pref. I think alot is that before legalization here, primarily we were getting BC bud where CA was mixes of North Cali amd mexi weed. Soil, sun and all that does change things.