Quietly hoping for the sweet release of death from a doomed world. And weekly lawn maintenance.

Youngest Daughter (who now lives in Ottawa) said of this picture: “Alberta. Canada’s Texas.” (My parents are Texans born and bred, though they now live with me in NC. I think they’d probably resent that remark, LOL.)

See the final shot in the Coen Brothers’ A Serious Man with the storm of the 60s about to hit and Grace Slick belting Somebody to Love.

In a CBC Calgary radio interview the couple attributed it to their South African Dutch origin.

stopping thru an important event of the main story to do sidequests https://t.co/xPke7LFhI9

Not the ones spinning up and around the funnel.

As a native Midwesterner, that tornado isn’t that close, so he’s probably fine.

I’m always amazed how much people who aren’t used to tornadoes freak out at the thought of tornadoes.

I’m always amazed how much people who aren’t used to tornadoes freak out at the thought of tornadoes.

Sure. And people who aren’t used to earthquakes, always freak out at the thought of earthquakes, and that amuses some of us Californians.

Gotta admit, a tornado would freak me out.

The strongest earthquake I’ve ever experienced was about 4.0 on the Richter scale. Nothing compared to California.

Although I’ve been near an explosion that was probably a bit stronger than that earthquake.

It’s all of us in 2017 if the tornado is the rise of fascism and we all THINK we have an eye on it.

Not the ones spinning up and around the funnel.

You made my day!

Nothing compared to California.

We lived in an apartment just a few miles from the epicenter of the Northridge earthquake (back in '94). That one had major vertical displacement (a real roller), and so much so that it actually bounced us out of bed; it was as if we were on a trampoline. For those that don’t know (I know I didn’t at the time), when you’re near a quake like that, the sound is such that it could only be described as a 100 car freight train barreling along at full speed just outside your window. Looking at the community pool later, it looked as if 1/3 of the water got sloshed out. (Also out – and on a homeward bound airplane later that day – was the mother of one of our co-workers. She was visiting and had had enough.)

Grew up in Texas, lived in Japan for 20 years. Quakes and tornadoes both came to be just “oh… OK, this again”

Rather than work tonight, did this … 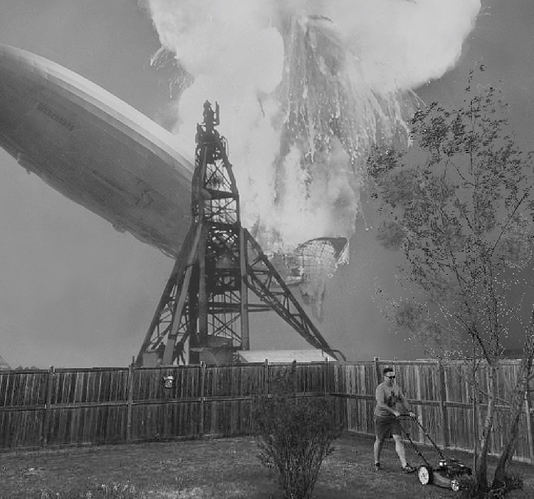