This dead monstrosity is the heaviest bony fish in the world

Originally published at: This dead monstrosity is the heaviest bony fish in the world | Boing Boing

Hey, @pesco, why are you using the word “monstrous” here?

These fish are quite high on the WTF evolution scale, but calling them monstrous is just sad.

Just look at it!

Also, it’s called Mola mola (Linnaeus, 1758), and nothing with such a name can be monstrous, can it?

If you need further proof of adorability, try an image search for " Mola mola hatchling"

I find it amazing the sunfish have managed to survive predation and extinction - they seem a whole lot like floating buffets for sharks and orcas to me. Maybe they taste terrible?
Here’s a neat article that goes deeper into the mola mola.

I’ve heard that sunfish are not the brightest bulbs in the box, even for fishes. 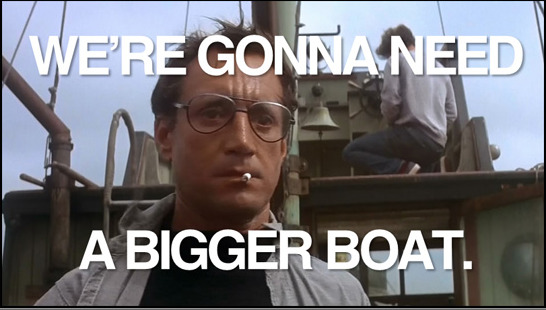 Nature is amazing, but if we keep describing things this way, people are going to continue to treat it poorly (says the kid who used to calmly pick up snakes while the adults ran to get their pellet guns).

These things are truly wonderful creatures.

These things are truly wonderful creatures.

It’s 400 kilograms (882 pounds) bigger than the prior record holder.

Have they checked for lead weights?

I was glad to read that it’s only 20-odd years old, not like grieving the death of a Galapagos tortoise, or a shark that only spawns in its 30s. There are more down there.

I guess that depends on whether you count whales and elephants as bony fish.

I have always had a soft spot for the giant sunfish. It featured prominently in one of my books when I was a child and it has stirred my imagination ever since.

first they called out the hagfish for being “hideous” and now this!
the mola mola is no monster!
what have you got against fish?!
next you’re going to tell me that the blobfish is ugly. (well, it does sort of look like ted cruz…)
ETA: sunfish are cool!

The sunfish has always struck me as an artist’s conception of a “fish from another planet.”

In an entirely unrelated story, McDonald’s is offering a Buy One Get One Free special on the Filet-O-Fish this week

Blobfish are unfairly maligned as ugly…very few things look good as explosively decompressed corpses. Hagfishes, on the other hand, do things like defend themselves by making the water too full of stringy mucus to eat them, so I feel like calling them hideous is…kind of a deserved recognition of their talents.

by definition, fish don’t have lungs, so…

The blobfish doesn’t look ugly in it’s natural habitat.
Ted Cruz is ugly in all possible habitats. Although, rapid transition from one habitat to another just might improve things slightly.

“California sea lions are known to bite the fins off of small ocean sunfish and then play with them like frisbees.”

Some sharks = 16 to 20 tons = They aint bony. they’re just heavy
& monstrous is just hating on some of the most beautiful creatures in the ocean…