Maybe for the ipad pro, which has USB 3. But the iphone is still stuck at USB 2 wired transfer speeds, at least for now. Which is painfully slow for large amounts of data. Far better at this point to get a mobile hotspot attached to an SD card that does the same thing, and works a lot faster.

Except it isn’t a drive. It is just an overpriced micro sd card adapter and there are lots of choices to be had at half or less than this price.

@jlw while most of the ads are eyeroll inducing, this one is quite misleading and may lead to some annoyed readers.

@jlw while most of the ads are eyeroll inducing, this one is quite misleading and may lead to some annoyed readers.

Thanks, I’ll ask our partners at Stack.

$49.99 for a microSD-to-microUSB adapter…?! Go soak your head; you’re obviously overheated and ill.

I need something like this for my Sony Xperia.
Any tips?

Every Android phone and tablet I’ve ever owned has had this built in. What’s Apple’s problem with removable storage? 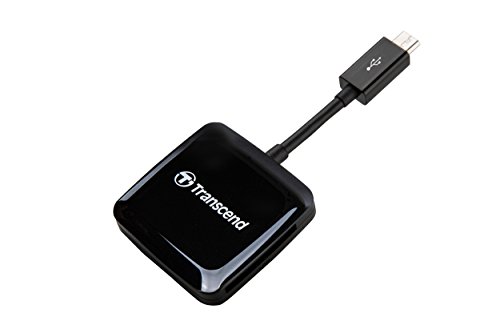 Transcend's RDP9 Smart Reader makes it easy to quickly manage and share any digital files between your SD/microSD memory cards or USB flash drives and your Android smartphone or tablet. With the free ...

This is just an example, not a recommendation, and I have never tried one so I don’t know how well they work

Might wanna try this before buying another dongle. Works fine on every iOS device in our family.

Many Android phones do not have a microSD slot of any sort. These devices also let you copy microSDs (along with other formats like standard SDs, commonly enough) and/or use them as additional storage, even if you already have one installed in the phone itself (which is almost never conveniently accessible, btw).