This Hasn't Been Posted Yet? Bizarre O-State Attack Happened 11/28/16

Not every single post can be about products or DJT; that gets mighty stale, mighty quick.

I heard about this, but haven’t heard any real details yet.

Bad news: yet another psycho trying to commit an act of mass murder at an educational institution in America.

Silver lining: no fatalities so far other than the suspect (probably because this one didn’t have a gun).

The alarm rang, sending the students and staff members of the engineering buildings and labs streaming into the courtyard and onto the sidewalks of Ohio 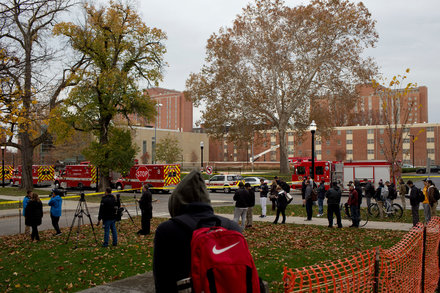 A man veered his car onto the sidewalk at the campus, leaped out, and stabbed several people with a butcher knife, law enforcement officials said. 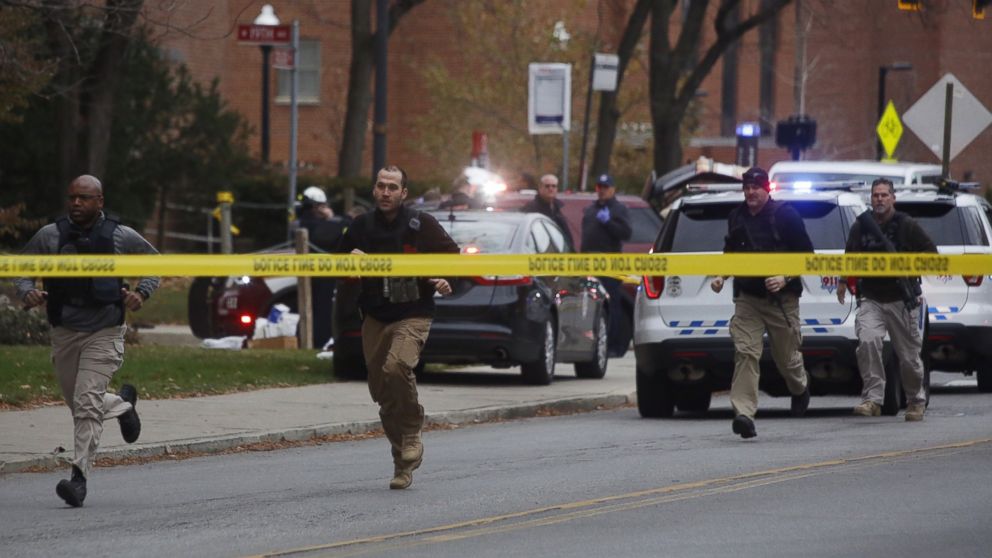 Silver lining: no fatalities so far other than the suspect (probably because this one didn’t have a gun).

Wait for the inevitable spin.

Wait for the inevitable spin.

I guess it will be along the lines of “if everyone else on that campus had been heavily armed then the suspect would have been shot down before he started wounding people?”

When I read of this before heading over to this thread, I was confident the suspect was a US citizen or permanent resident who somehow interpreted the Second Amendment as “human-hunting season at a university or church” (so many of them do, mental Mad-Libs become a bad habit), but suspect being without a firearm is a genuine twist in the story!

suspect being without a firearm is a genuine twist in the story!

Someone needs to keep a running tally of how many violent attacks are being committed on American soil by ISIS versus Trump supporters.

Someone needs to keep a running tally of how many violent attacks are being committed on American soil by ISIS versus Trump supporters.

I’m sure fivethirtyeight is on the case, eager to slow the reverse of election momentum page hits.

“Safest locales to be when the Civil War 2: Electric Boogaloo erupts” would be an irresistible clickbait headline.

I didn’t write the fucking article; I just posted various different reports of the incident in response to your statement that you had heard no details.

You are always free to do your own research.

Yes, I get it. All I’ve heard so far is that a man drove a car into a crowd near Watts Hall and then got out and started slashing at people with a knife. Nine people were hospitalized, including a Materials Science professor with a knife wound in the leg. The suspect has been shot dead. Those are all the details I’ve heard, all the details I want to hear right now, and amount to maybe a paragraph of pertinent information. Everything else is speculation or irrelevant at this point. I will check back in later.

I will check back in later.

Breaking News:Ohio State University​ attacker was an 18-year-old Somali refugee who was living in the U.S. as a legal permanent resident https://t.co/KpGGiDj3Pr
7 Likes
Melizmatic November 28, 2016, 8:19pm #16

well. **obviously**. no real american would have used a knife. :\

one thing i noticed is that the police shot and killed the attacker. we can now speculate about motive forever since the person will never have to truly answer for their crimes.

we’re supposed to be living in the future – but we still can’t seem to figure out how to arrest dangerous people. i can’t help but feel that death by cop is exactly what these folks are seeking in the first place. A Misogynistic Troll Allegedly Kidnapped and Shot His Ex-Girlfriend

Proof that we should be taking trolls more seriously.

They seemed to have ‘figured it out’ just fine if the perp is White and male.

Well, how else do you expect them to give him time off his sentence for good behavior! They certainly can’t slap his wrist if they shoot him dead! /s