This heated fake keyboard was designed to fool your cat

As if they won’t notice the second they try to login. 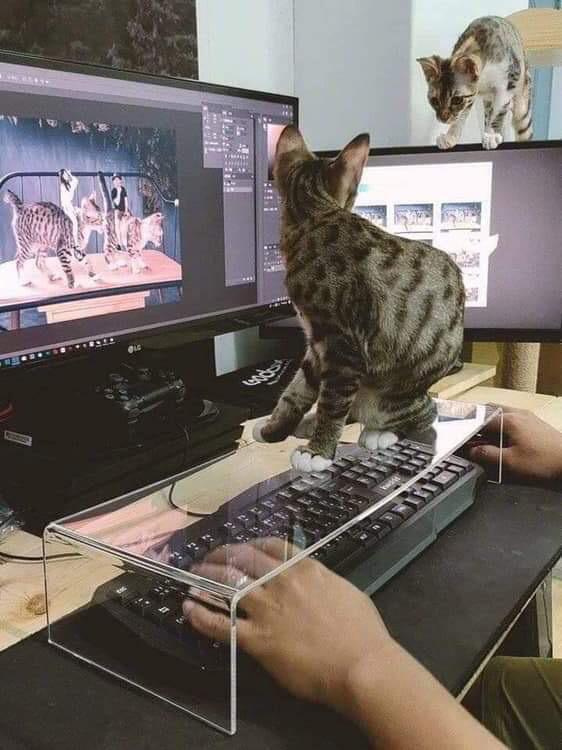 Swapping things up and becoming the cat’s property brings with it its own set of problems.

It needs a recording/speaker function so the cat will occasionally hear you yell “hey, [cat], off! I’m trying to work!” Only that will give the kitteh true satisfaction.

The severity of consequences are unfathomable when misrepresenting a false reality to a cat. Don’t say I didn’t warn you!

One wonders how deep the reserve of surplus laptops not worth buying for actual use is.

Until those are depleted I’d be a trifle wary of trying to compete with devices that are practically being given away, because they are otherwise e-waste; but are exquisite representations of a laptop in all respects because they are a laptop, potentially one that used to cost real money.

For every complex problem there is a solution that is simple, obvious, and wrong.

Back in the days of big deep monitors, had a cat that would climb on top to sleep. One day came home to find the cat had thrown up into the air vents on top of the monitor and there were scorch marks exiting from the vents. No cats or homes were burned in the process. The monitor was less fortunate.

This happened to my dad too-trying to explain why everything had overheated was highly embarrassing for him.

Now I am imagining a dad curled up on top of a monitor for the heat.

In my experience, pet birds are the same. It is the diverting you attention from the computer, not the keyboard itself that is the attraction. Also amusing to them is the noises the foodmonkey makes when they press the keys. The louder the squawk from the foodmonkey, the more satisfying it is.

It needs at least one fake arm attached to it as well, so they can drape themselves over it. 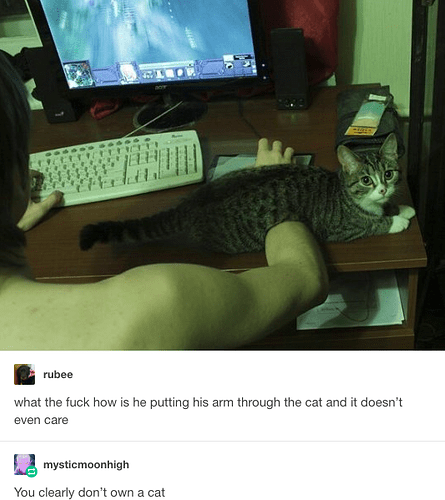