This Lego Super Nintendo Transformer is just too awesome

This needs to be a Lego Ideas submission. 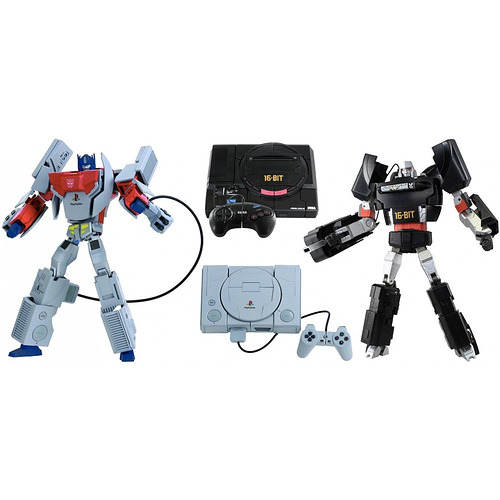 There’s all sorts of goofy branded Transformers. My favorite in my collection is a Nike that transforms into Optimus.

There is a LEGO Optimus and a Nintendo today…it would be sweet to have these two combined.

I remember the shoe ones all right. There’s a really weird/impressive one that transforms from a replica tablet into Soundwave. The kind of thing that’s cool to see, but would be a nightmare to handle or transform.

Never know…this could come out as a knockoff. There’s plenty of companies that make really nice knockoffs of both of these companies. I’ve got a solid metal Optimus on my desk at work that I paid ~$25 for and thus am not worried that the cleaning staff might abscond with it, as I had some others taken in the past. I also got a sweet sword-in-the-stone Master Sword LEGO knockoff for Christmas that LEGO would have charged me 8x what I paid.