I dunno. The Burton Batman still has a really high kill count compared to most of the subsequent incarnations. 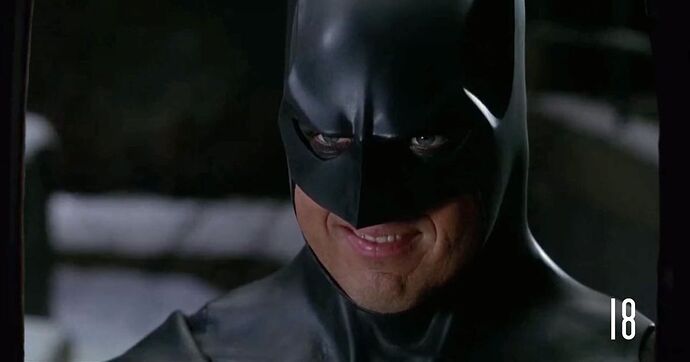 Batman kills at least 45 people in this supercut.

(The last death in the video was the most shocking to me.)

Tame in tone and style, but a lot more outre and innovative in terms of aesthetics.

The old Batman movies also have 100% more references to towns, and the enemas that they need. 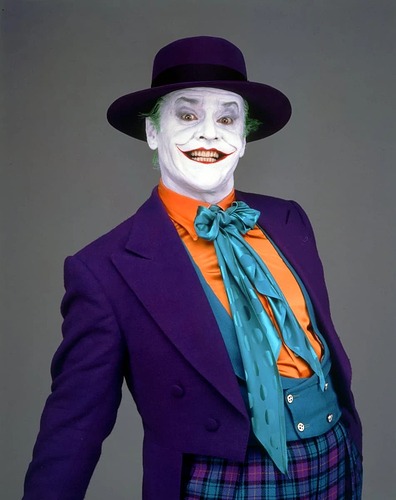 I recall at the time my wife and I were the only ones in the theater laughing at the jokes. Esp the one with Danny DeVito as the Penguin. Batman chases a penguin army with barber pole rockets, and he has penguin radar in the car. The Penguin declares “I am not a man, I am an animal”, This is comedy gold.

I don’t think his batman films look light hearted in comparison, I think they look exactly the right kind of dark for a batman adaption.
The thing I dislike about Nolan’s batman films isn’t that they’re necessarily too dark or too serious, it’s that they try to drag these characters off the pages of a comic book and into “reality”, or at least the Hollywood version of it.
Burton, on the other hand, brought Gotham city in all its darkness to glorious, gothic fairytale, art-deco, retro-futurist life. With the exception of maybe Batman begins, which at least maintained a certain amount of stylised comic book aesthetic, Nolan’s Gotham city is Gotham in name only. It’s just a city.

We were trying to watch all the older Batmans with our teen daughter to prepare for the most recent version. Watching the Burton release and she asked if it was supposed to be serious or was it a joke. Did anyone take it seriously. She then bailed on Nolan’s series, too long and slow (even though she LOVED Inception). She gave newest one a chance and 10 min in, she was in love. It had everything she wanted, texture and tone and presentation and music.

Did anyone take it seriously.

Yes. But it was also fun.

The animated series and Arkham games remain my favorite non-comic version of Batman- they’re more serious than the action-oriented goofiness, shallow characterization and gratuitous killing of the first four Batman movies, but they keep the art deco/noir surreal vibes that make Gotham unique and allow for crazy comic book stuff like robot duplicates, carnivorous killer plants, mind control devices, etc., rather than becoming too bogged down by the need to make things blandly realistic like later films. It’s great seeing Batman interpreted and reimagined in such a variety of ways, but some of them definitely feel more “right” than others.

Sure there are “dark” and “gritty” interpretations of Batman, but the Thomas Wayne flashpoint paradox makes every Bruce Wayne Batman seem cute and cuddly.

That’s what I told her. We thought it was super amazing realistic at the time, our minds were blown.