THANK YOU for that!

Screw Dubya, and while there’s a lot for me to like about Obama he’s still responsible for a lot of the power Trump is currently holding. He did heavily lean on unaccountable surveillance and drone strikes. For me if anything in hindsight i hold them in less esteem.

For Trump i am sure it will be the same. Once he’s out and more things come to light on the shit he is doing i will end up hating him more.

Bush was helped immensely in large part because he was so likeable.

Please don’t tell me what that would look like.

It’s literally inconceivable to me. 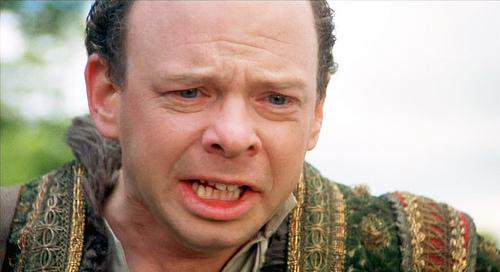 I’m not likely to ever say anything good about Reagan or George Bush fils.

Those two men did more to diminish and harm my country than every other president in my lifetime combined.

Even if it was unlikely to get someone worse than him to be elected i would find it equally awful for someone marginally like him to be elected. I just don’t think i can emotionally handle it.

One thing Bush has going for him is that his whole life was just the build up to retirement. He can finally stop pretending to work and just goof off as the useless idle rich guy he was meant to be.

I just don’t think i can emotionally handle it.

This last year and a half has taken a terrible toll on my emotional/psychological well being, and as much as I thoroughly hated W as POTUS, I still never woke up every damn day wondering if the world as we know it would still be there.

I’m trying to imagine the kind of president of USia that would make Donald J Trump look good. And my disgust-meter just doesn’t go down that far. Ideocracy was never supposed to be a classic cautionary tale, it wasn’t even trying to be any better than, say, Iron Sky. And when it came out I would have said there couldn’t possibly be a worse president than President Camacho. Trump is far less likable than that clown.
When Korg said this [Ragnarok spoiler], he might as well have been talking about the U S of fucking A…
Asgard is now in ruins]
Korg: The damage is not too bad. As long as the foundations are still strong, we can rebuild this place. It will become a haven for all peoples and aliens of the universe.
[Asgard explodes]
Korg: Oof. Now those foundations are gone. Sorry.

Bush’s real legacy is his AIDS work in Africa. He did a lot of good there. The President’s Emergency Plan for AIDS Relief, or PEPFAR was a great example of how the U.S. can wield its power for positive change. When the program began less than 50 K Africans were receiving treatment for AIDS. When he left, that number was almost 2 million. Today it’s over 4 million. He bucked the conventional wisdom that western drug treatments would not work because Africans could not be trusted to use the drugs properly and might create resistant strains of HIV. He was right and the experts were wrong because it turned out Africans are quite diligent with their treatments. WIth all of his dunderheadedness, he has been both as a governor and a president a person who rejects racial stereotyping and worked to help people without regard to the color of their skin.
While I won’t pretend he was anything but a war time re-election trust fund baby, I will admit that he did some real good in the world. While that may be offset by the harm he caused, many people in Africa still love him.

And when it came out I would have said there couldn’t possibly be a worse president than President Camacho.

I’d take Camacho in a bad wig over the rancid cheeto any day; at least Camacho was smart enough to realize that he didn’t know everything, and he had at least a modicum of humility to ask for help once realizing he was out of his depth.

My family is still having ongoing issues with Venezuela and i’ve had more family members leave the country. I have about 10 of them here in the US now and i daily worry about them being able to live here because Trump can and has deported legal immigrants at his whims. Having to deal with more of this BS from another president is not something i think i can continue to handle.

Theres still a good chance Trump will go up in flames. It’s hard to believe that he won’t get caught for something worse than Nixon did. Especially considering he’s so dumb he wouldn’t even know he was doing it. 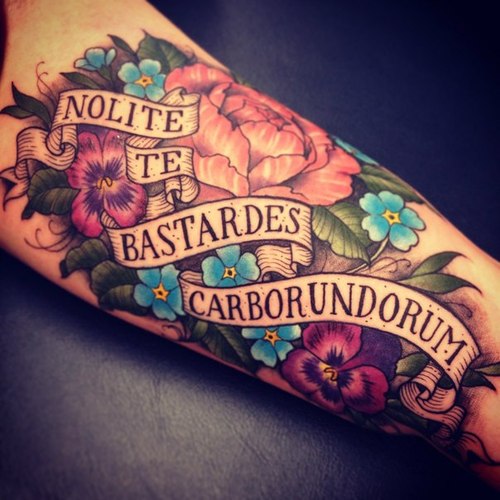 Also worth noting (and repeating to anyone who will listen) that the beatification of Ronald Reagan was a very focused and intentional project of the GOP.

Ok, I’ll be the devil’s advocate here: The difference between Trump and GWB is that I can imagine Bush being a well-intentioned (though hawkish) idiot led into evil by his cabinet, while Trump seems to be an ill-intentioned idiot jumping into evil at a rate that surprises even his cabinet. The actual negative effect on the world may work out about the same, but one of them feels worse.

You can even see this mirrored in their respective contemporary mockery : Bush got parodied as a dunce that had accidentally gotten into power. Trump gets mocked for being a pompous self-centred bully who speaks in empty slogans. If both images persist, the latter seems like a harder stereotype to recover from.

the beatification of Ronald Reagan was a very focused and intentional project of the GOP.

Likewise for Nixon, despite him having a reputation for being horribly corrupt and having to leave office. I’ve written about it in detail in the BBS in the past but if you look him up there’s a lot of positive stuff about his diplomatic career after the presidency but if you read between the lines he was pushing the bullshit stuff the GOP has been engaging in more publicly these days.

Not once has a war time president failed a re-election bid.

I did some research and it seems that you are right. However, I noticed many war time presidents suffered physical problem that would have prevented them serving, even if they’d run for office. McKinley was assassinated. Polk and Wilson had serious issues. FDR and Lincoln died during a war, but got re-elected first.

Bush, Sr. didn’t get re-elected. We can argue about whether Desert Storm was really a war or not.

The difference between Trump and GWB is that I can imagine Bush being a well-intentioned (though hawkish) idiot led into evil by his cabinet, while Trump seems to be an ill-intentioned idiot jumping into evil at a rate that surprises even his cabinet.

Exactly—evil and incompetent. It’s like the man is a living asterisk to Hanlon’s razor.