Tourist booed, pelted with pebbles and doused with water for climbing Mayan pyramid

I’m glad that’s gone and that they got rid of the rust stains on the steps.

Yeah, that thing was doing more damage than any tourist.

i hope this whole “booing influencers and pelting them with water and water bottles” thing catches on everywhere.

Bring shame back to the shameless. I like it.

Soon there will be bigger places to insult. 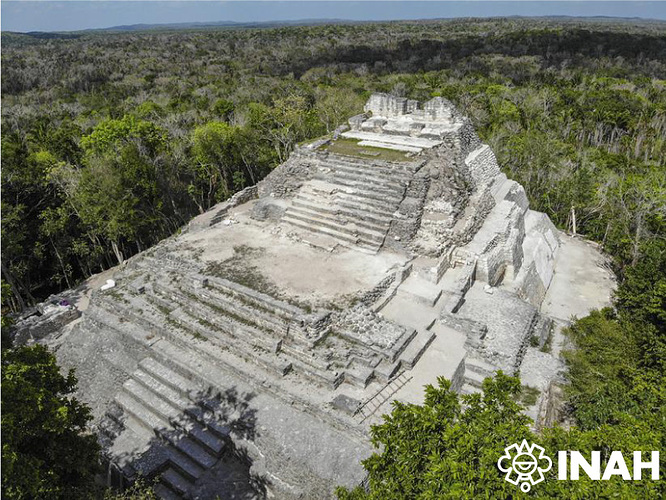 Ichkabal ruins near Bacalar will soon open to the public

The massive ancient city, active during much of the Maya civilization's existence but only discovered in 1994, could open by mid-2023.

What does surprise me is that you can apparently still climb Nohoch Mul at Coba . I did back in 2002, but people would occasionally slip, fall and die.

I can’t help feeling that the often bloodthirsty Meso-American gods would probably be fine with the occasional inadvertent human sacrifice.

I’ve climbed a few of the pyramids where it was permitted and a lot of them are indeed pretty scary. As I recall, Nohoch Mul was one of the most intimidating. Going up is OK, going down is something else.

As for this clueless person, it strikes me that while there’s always been asshattery in the world, the ubiquitousness of smartphone cameras is inspiring thoughtless people to behave worse. Apparently, the idea that you can show off for a global audience instead of just the hundred or so people actually present is catnip for the clueless.

But isn’t the table used for 364 days of the year for non-turkey dinners? What was the Mayan temple used for, every other day of the year, I wonder? 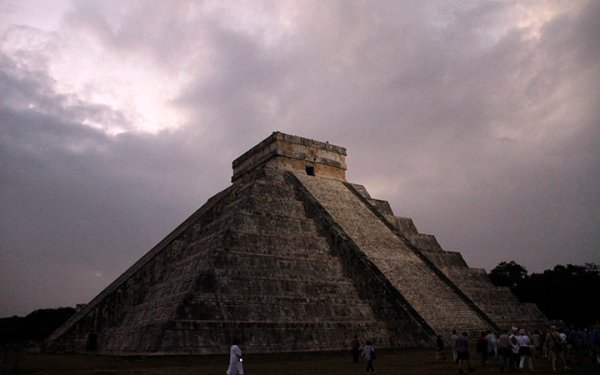 Mexican experts have discovered that the main pyramid at Mexico's Mayan ruins of Chichen Itza was at least partially built atop a subterranean river.

Couldn’t tell but perhaps she was taken away. Everyone was screaming “carce” which is “jail”, aka “arrest her!”

What was the Mayan temple used for, every other day of the year, I wonder?

I imagine they had plenty of other rituals, just as a Christian church isn’t just used for Christmas mass. There are interior chambers whose purposes still aren’t entirely understood. There was also a Jaguar “throne” discovered inside so it could have functioned as the literal seat of government for the local monarch.

I’ve been to Chichen Itza twice but never saw anyone disrespectful enough to climb the great pyramid (“El Castillo”). If you ever visit just make sure to go early in the day before it gets overwhelmed with tourists and vendors selling tchotchkes, those tend to detract from the majesty of the experience.

Yeah, they only finally banned climbing in 2019. This was after years and years of “Please be respectful” and “You wouldn’t climb up to the pulpit in Notre Dame, even though there are steps” (paraphrasing). When I was there in 2006, there were still people climbing, but not a lot, and the people I talked to on the ground got it.

Some people have an impulse to climb things especially on vacation. You can deride it as ablist, or irresponsible in this age of terrorism, or sacrilegious, but the fact that they might enjoy a trip to yosemite more than a trip to wherever they are now remains. 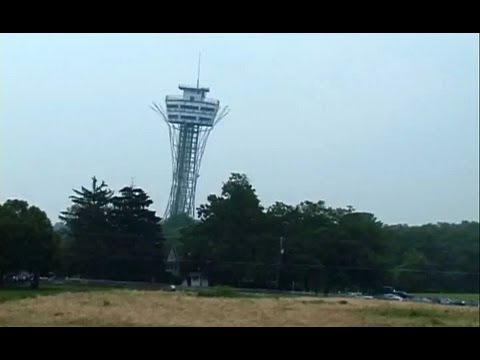 But isn’t the table used for 364 days of the year for non-turkey dinners?

You never met my grandma. Everyday dinners were eaten on the kitchen table. This is the same grandparent that kept plastic runners on the floor and covers on the sofa most of her adult life. She finally gave in and removed them when she was in her 80s, though. I still don’t know which one of my aunts convinced her to live a little. In my 30s I found out she was a smoker, because she only smoked in the bathroom - something I thought only happened in Virginia Slims ads.

ETA: She was also a very intense personality, and I could totally imagine her ritually sacrificing the family member who dared to make a mess in her house.

Some people have an impulse to climb things especially on vacation.

Me too. I love climbing things. The issue at Uluru / Ayers Rock isn’t that people like climbing.

Here in Oz, the Pitjantjatjara people had been asking people not to climb the rock since the park opened. They were consistent and unequivocal - this is sacred.

In 1973 (?) the Pitjantjatjara people took over management of the park and made their concerns about climbing front-and-centre. By 2017 they had had enough and announced a full climbing ban starting in 2019.

Australia’s low-rent version of Drumpf is senator Pauline Hanson, who has been a nationalist clown since the 90s. In a relentlessly clickbaity move, she climbed Ululru in 2019 just before the ban went into effect. Then she had trouble climbing down. The video footage of that never fails to warm my heart.

“I’m not going up any further,” she said.
“Seriously, I cannot get down here, my boots are that bloody old.” 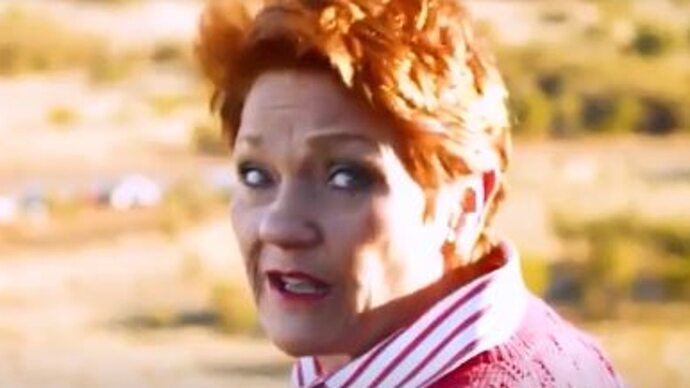 Terrified Hanson gets stuck on Uluru

One Nation leader Pauline Hanson has travelled to Uluru after controversially calling for indigenous leaders to overturn their pending ban on climbing the rock.

I too visited in the 80’s, and was even there for the solstice. I believe it was just a few years after they re-discovered the solstice phenomenon of the light connecting head and tail of the serpent for only a few minutes, once a year.

When we were there, we not only climbed it on the outside, but went to the highest point on the inside, too, where we got to see the jaguar throne that was originally on the top. They built a larger pyramid over the prior one, which was in turn built over an earlier, even smaller pyramid.

Our visit was a memorable experience, but I too, applaud any attempt to keep us ugly Americans from destroying the restored Mayan treasure. Even visiting for what was the biggest day of the year, there were only a few dozen people at the site, not the huge crowds shown in this video.

I visited Tulum in 2002, and they were not letting people climb the pyramid. We were told it was because of both the danger of injury to the tourists and the danger of damage to the structure. The site itself was breathtaking, so I didn’t feel I was missing out.

It could have been worse…

I disagree. While Hanson is certainly racist scum of the highest order, Australia’s low-rent version of Drumpf would have to be Clive Palmer.

Fortunately Palmer is a complete failure at being a politician. He only ran for Parliament to make his tax bill go away (which unfortunately was successful).

I disagree. While Hanson is certainly racist scum of the highest order, Australia’s low-rent version of Drumpf would have to be Clive Palmer.

I stand corrected. Low-rent version of MTG, then?

I did climb Uluru in 1996; it may have been youthful American dumb, but I didn’t encounter anyone asking me not to because it was sacred, or signage indicating I shouldn’t. Ignorance was bliss.

Yeah, but in the end it’s all worth the effort when you get to pull their wishbone.