I know Ashley. I didn’t realize she was in prison and being abused in this way. 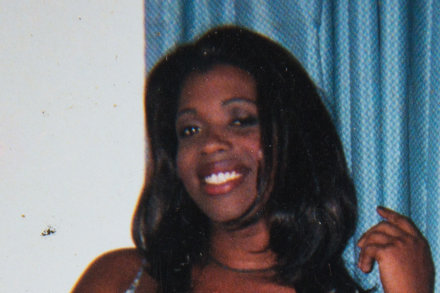 On the day she arrived at a Georgia prison intake center, the deliberate defeminizing of Ashley Diamond, a male-to-female transgender woman, began.

I’m not sure how to respond.

She was put in an awful situation, and I really feel for her. But I can’t say I’m surprised that the guards in a GA prison as well as the state’s correctional system itself were abusive and hateful.

At least she’s getting her day in court for the human rights abuses.

What a shitshow. Remind me never to visit Georgia… Or Florida… Or Oklahoma… Or Indiana.

Rome, GA. I’ve been there. Had a friend who grew up there. Floyd County is one of those smaller towns where under the veneer of Southern hospitality lurks some good, old-fashioned American phobia. Lately, I’ve been reading a lot about prisons, and wondering about how I would survive in one. Between the institutionalized system of racial segregation, slavery, and the massive rape problem… I’m constantly reminded that we’re all one slip-up or misunderstanding from the kind of fresh hell that the 8th amendment supposedly protects us from. I’m increasingly convinced that these dynamics are not allow permitted, but encouraged by the prison system as a way of ensuring that prisoner aggression is directed inward rather than at the guards and the facility.

I hope Ashley Diamond gets the justice she deserves, and broadly, this has to stop. It just has to.

My hometown… not born there, but I grew up there. I’ve know plenty of wonderful people there, but you’re right. There is some deep phobia, for sure. I was actually surprised by how intergrated the town seemed last time I spent time downtown.

This also happened there (I hadn’t realized that Gordon had passed away! I wondered why Legends wasn’t there the last time I was in town):

Gordon Lee (died January 13, 2013) was an American comic book store owner from Rome, Georgia, who is most famous for having been charged with distributing obscene material to a minor in connection with the Free Comic Book Day on Halloween, 2004. The Comic Book Legal Defense Fund was heavily involved in Lee's defense. Lee was previously convicted on another obscenity charge. Gordon Lee was the owner of the comic book store Legends, which was based in Rome, Georgia. Lee was convicted on February ...

Actually, you should visit GA, in spite of all this. There are some wonderful people and wonderful places, despite the authorities. Because, frankly, this bullshit is all over America. Don’t get it into your head that the only place where this happens is in the deep south. Our whole country is fucked, actually. This happens everywhere.

My cat is from Rome, GA. He’s a pretty cool guy.

I’d say maybe me and your cat were once neighbors, but given my 20 year old cat just died, and he was from Rome, and I left town when he was still pretty young, that should tell you how long its been since I lived there…

I’ve probably had too much pinot noir to talk about my home town… Especially given the topic of Ashley.

Maybe your problem is too much noir, and not enough pinot. Hometowns are hard enough to think about sober, much less after finding out this kind of news.

As for felines, if it helps to change the subject: My cat was a kitten when I got him, the product of an OKCupid date that I was not a participant in. I named him Cicero since he is, after all, from Rome. He’s mellowed a little with age, but he’s always been a feisty little asshole at heart.

This topic was automatically closed after 683 days. New replies are no longer allowed.