Sometimes during my childhood when Dawkins would randomly show up he was a real A Hole.

As a kid I used to make model rockets with my dad. One of the few good memories of him, really. One day my dad and I were about to launch a new level 3 skill rocket, and I was super excited.

Up pulls Richard Dawkins who gets out of his Morris Minor, walks up to my dad and says, “you know your worthless son is gonna fail at Kerbel Space Program regardless of how much love you withhold, right?”.

Dawkins then sucker punched my dadin the kidney, and sped away while smoking a Marlboro light.

That actually makes it worse. It’s a well-turned phrase, uniting the idea of bitches (from the baying of dogs) and of course witches, two insults often used against women. Talk about continuing to dig! 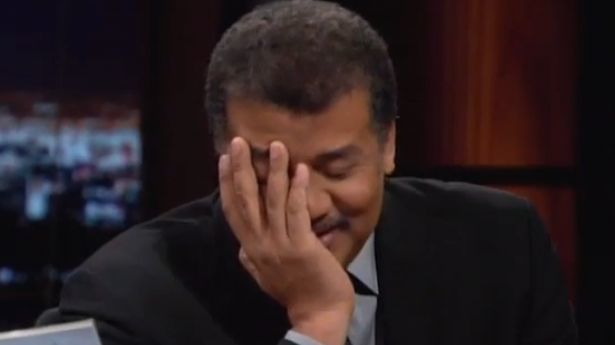 Am I to assume that most witch hunts were masterminded by other women?

Mr. Adams, of course, based this character on Dawkins.

I need a historian to corroborate or knock this down, but I’ve heard that the witch hunts were directed mainly at the poor and lower class. So the idea that high-flying women were throwing other high-flyers to the flames in order to eliminate the competition, is incorrect.

How can you argue that mythmaking is incorrect? If an allegorical purpose is served, objective truth is beside the point,

Back when I was learning to code as a kid, I tried all sorts of things on my Commodore 64. Writing choose your own adventures, programming out of magazines, ‘hacking’ games (really just finding Save Game bugs). But one day, while I was figuring out how to write code for sprites, a dark and malevolent Richard Dawkins sprite appeared on the screen.

“Boy, look at me. LOOK! I know what you are doing, and it is so sad. Your programming skills are just so… BASIC”.

Wait. I confuze. Do you mean the hero thing or the witch thing?

the witch thing. I think.

When I was in grade school I had a crush on a red haired girl. We’d play on the swings, chase each other, commiserate during fire drills, the usual things.

One day when walking home together, she asked me an odd question. “Can you multiply two 16x16 matrices for me?”. I stumbled, and squeaked, " I don’t even know what that means!".

At that moment she morphed from a young girl to a tall, hot, sweaty Richard Dawkins. “You know NOTHING, Japhroaig Snow!!” and ran off.

I trembled for a moment, not knowing the fuck just happened.

He just gave me a quick “Java. seriously?” and deliberately accidentally kicked my PCs power cord. I hadn’t saved anything for over an hour.

“Deliberately accidentally” or “accidentally on purpose” are gems in terms of language.

I hate arguing with you. You’re always right. It pisses me off. I get everything all buttoned up and you come along with two words and shred my argument to nothing. It sucks.

Wait… you need a historian and you didn’t use the mindysan33 button?

In my case, Dawkins ruined my teacher’s childhood dreams. What he did to my childhood, thus, was derivative.

She never told us what it was, but she was on track toward Nobel prize winning work when he dashed her dreams after a short encounter late at night in a bar, when she was only trying to relax after a day of presenting her work. Ten years later, she’s working as a first grade teacher in an inner-city school, and whenever I would outshine my male classmates, she’d pull me aside and say, “you know you’re smarter than the boys, and I know you’re smarter than the boys, but according to Dawkins that’s not scientifically possible so you must stop proving him wrong.” And so I complied, because Dawkins is God to smart people, which I was once.

Shit that’s wonderful and horrid all at the same time. /#JustLikeDawkins

You are aware this is a Games thread, right?

Although, the being taken aside by my (female) 1st grade teacher and being told to hide my knowledge in the classroom so that the boys didn’t cry is real. Yes, that’s right, a couple of them would actually CRY…this was the mid-60s when everyone knew that boys were smarter than girls, especially in math, and it really messed with the boys’ minds that in reality it wasn’t true.