What a maroon. Everyone knows Paris is in Texas.

Just announced that terror threat is at highest level.

Hasn’t France been at the highest threat level for quite a while now?

Hold on there, pard. It’s in Maine also.

Yoiu can even get croissants there, I’m told.

Since the Charlie Hebdo and Kosher Grocery attacks a year ago today.

Am I the only one that thought this was the parody Trump account getting passed off as the real one, again?

I thought Paris was in Troy. (HEY-OH)

That’s where I buy all of my plaster.

I thought Paris was in Troy. (HEY-OH)

Well if we’re going there…isn’t the real problem that Paris was in Helen?

I’ll just get my coat…

Well if we’re going there…isn’t the real problem that Paris was in Helen?

To be honest, that was actually what I was trying to imply (Troy, Helen of), but my euphemism was a little too euphemistic.

(i have no idea what i’m doing here)

That was years ago. 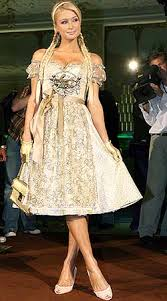 I’m glad he decided to hyphenate mess-big instead of writing it as a compound word like many of the other big-time GOP politicians would.

Not true! We’ve elected many morons through the years! The current one thought he went to 57 states (obviously he meant all 50 states and 7 territories), then there were those WMD’s from the one before him, OH, and then there was “that depends on what the definition of “is” is”. On the positive side, this guy is president so this is all just funny to me.

Exactly how much Kool-aid do you have to drink before you ignore basic grammar indicating thoughts refer to two separate recent events to try to make your point? I mean yeah, he’s not a rocket scientist, but give the man credit enough to refer to actual real things (even if lying about them).

Leave the unsupported ad-hominim attacks to people like Trump. They are MUCH better at it.

That was my first thought, he wanted to make a bullet point list, but he doesn’t understand twitter.

It’s pretty much the same blue-team bigotry that pokes fun of the southern pronunciation of “nuclear”, when the people who design and assemble the damn things in the south also pronounce it “nukular”.

If enough people now start to think Paris is in Germany, does that mean it is?

If enough people now start to think Paris is in Germany, does that mean it is?

I want to see that voting.