Is it just me or does this guy have some sort of bastardized haiku going on??

It was for a few years.

I think we need to start taking seriously the very real possibility that this… creature… is the next President of the United States.

It was for a few years.

You know, we never demanded Bush learn all his capitals. Why should Trump?

Or it may be that he’s just tweeting a four-in-one. To save time or something.

That fourth one seems perfectly OK as an exhortation to watch a classic TV series.

Maybe Trump is just from a timeline where Germany won the second world war. Really, it might explain a lot more than just this one tweet.

Well, as someone said of another famous woman “she’s like Paris, hordes of Germans have been through her”.

Maybe Trump is just from a timeline where Germany won the second world war.

If he’d been U S President in 1940 they would have done. He’d have avoided war with the Japanese, he’d just have sold them Hawaii so long as he could put up a Trump golf course there.

I think he’d’ve stopped Amazon’s Man in the High Castle, if that were the case, don’t you?

None of his followers will care, every else will find it amazing.

It’s possible to dislike him without letting confirmation bias lead you to believe that he thinks Paris is in Germany.

He’s taking about different events that happened recently in France and Germany, but some people manage to oppose sexual assault, violence and xenophobia rather than using one as a tool to support the other. 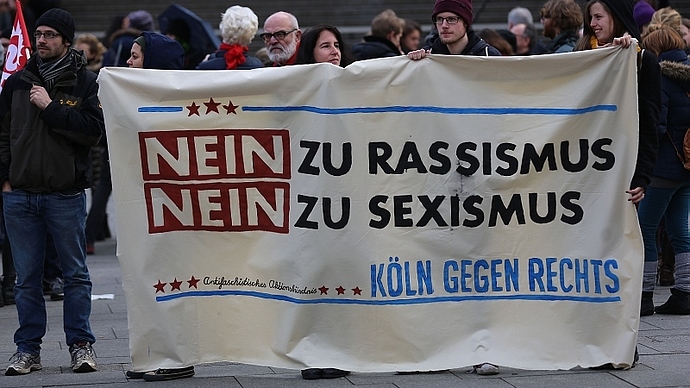 Just what I was thinking…if history had gone the “right” way (from Trump’s POV), Paris still would be part of Germany.

I think he absorbed way too much of the book he kept “in a cabinet by his bed”.

Get Smart ? That show was very good, yep. Although the idiotic man-child in it was a lot more loveable than the one in “Trump Presidential Campaing”

Agreed. Even if you give him the benefit of the doubt by acknowledging that he probably does know where Paris is, it’s hard to get past the moronic message of that tweet in general. What is he even trying to say? Is there something France could have done to prevent some wacko from storming a police station armed with a knife while wearing a fake explosive vest? Oh that’s right. He thinks a country can rid itself of an entire religious population (maybe that’s how “Germany” slipped into his tweet – I’m sure he’s been thinking a lot about where they went wrong in the 30’s and 40’s).

It’s increasingly distressing to think we could have this idiot in charge. He’d make the last Bush look like an intellectual.

Let’s be clear here…typos are commonplace. As are brain farts. You think one thing, type the other, maybe auto-correct changes something on you. We have all been subjected to it.

But then, how dare we tell him what is what.

Is there something France could have done to prevent some wacko from storming a police station armed with a knife while wearing a fake explosive vest?

Arm the entire population, I understand it’s the preferred solution for the USA.

Missed it by that much, Donald!