Cases in parts of the heartland are starting to spike, raising concern about new hot spots that could quash Trump’s push to reopen the economy. 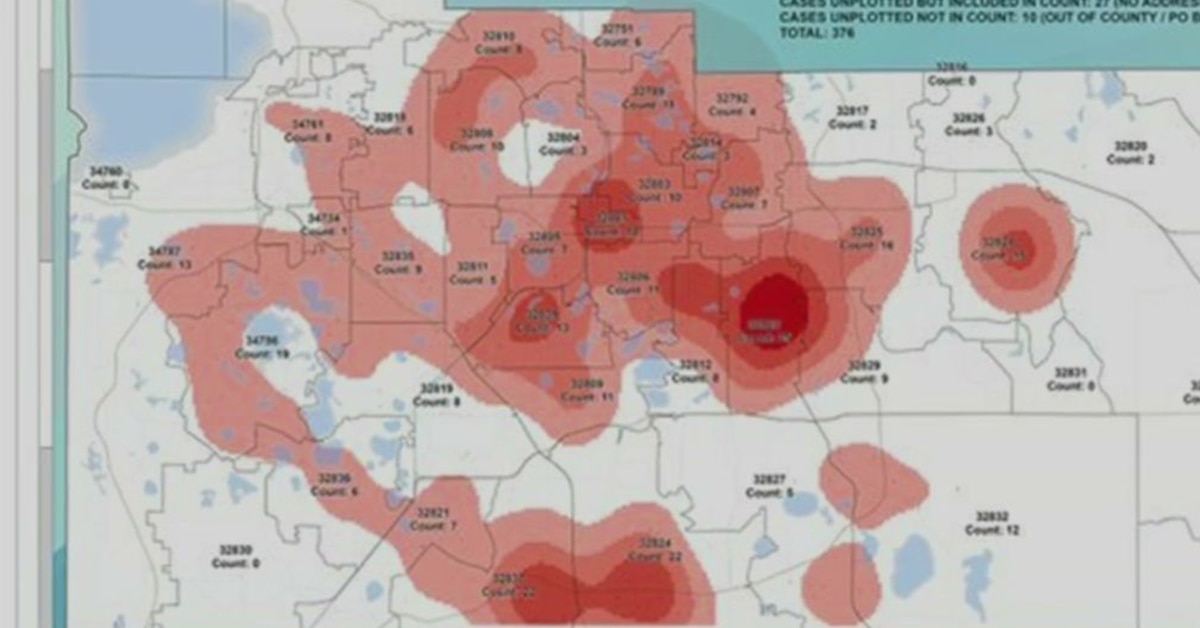 Orange County Mayor Jerry Demings said there are more than 400 positive cases of COVID-19 in the county and cases could reach 500 by Friday.

He’s certainly behaving exactly like a Russian asset would in his position.

Dunno. I think a Russian agent would struggle to exploit these flaws in the American psyche like this. His Russian superiors probably would think he was going totally Crazy Brad and would be shocked at the success of such obviously insane ramblings.

It’s horrifically enlightening as an outsider.

Obviously dominating the media is what these people are actually good at and the playbook is being copied around the world. We’re just lucky that the guy who tried it hardest in Ireland was actually really stupid and couldn’t get elected to the local council (he started at president and then went down for MEP, TD etc.). Maybe not having a great past to mythologies helps. Actually no maybe. “Remember when we’d no immigrants? Yeah, we’d no jobs and half your family and most of your friends emigrated. Good Times. Let’s go back there”. Not a winning pitch.

“Historians often point to this both as the End of American Curling and the St.Paul Renaissance.” – Federation, Memory Alpha Archives

Sigh - these are actually real. WTF??

Hmm, I’m a Brit so only an outside observer but this would seem like an opportunity; why not ask them:

a) To sign away their rights to any assistance in the event that they catch coronavirus.
b) Ensure that they accept full liability if they are found to have transmitted coronavirus to others.

And let them go for it?! It will help clear out a particular type of individual…

The rest of us can stay in lockdown.

The Y’all Qaeda brigades should go after the self-proclaimed leader of these lockdowns. Let’s investigate who that might be…

And for those specifically concerned about their 2nd Amendment rights:

Is there an amendment that grants the ability to remove cabinet members who are clearly insane if they do not exercise their power to remove a clearly insane president? Thought not. Those old-time constitution drafters were utter idiots for not foreseeing this and making more amendments. Tch!

Something something all the way down.

Uh. Don’t we have some rules about “inciting armed rebellion”?

that SNL “Trump will kill us all” skit is looking less funny every day, I am not sure we are going to make it to November and just imagine for a moment if he loses when he has two months to torch the entire country

It’s really a triumph of branding that they can tie the second amendment to anything and everything at this point.

Doesn’t this violate ANY of Twitter’s decency statutes?

The overthrowing of government statute (18 U.S. Code § 2385) seems to fit more to me. Of course, a sitting president can’t be charged with a federal crime so the point is moot

Whoever, with intent to cause the overthrow or destruction of any such government, prints, publishes, edits, issues, circulates, sells, distributes, or publicly displays any written or printed matter advocating, advising, or teaching the duty, necessity, desirability, or propriety of overthrowing or destroying any government in the United States [*including state governments] by force or violence, or attempts to do so;
…
Shall be fined under this title or imprisoned not more than twenty years, or both, and shall be ineligible for employment by the United States or any department or agency thereof, for the five years next following his conviction.

This is it. This is the inflection point. You will either have a constitutional democratic government in 2 years or you will not. Every system gets a serious stress test eventually, this is it. Just how strong is your constitution?

The rest of us are watching with jaws agape and waiting to see what you all do with it. If I were a non US citizen living in the US I’d be moving away asap. As for the rest of you, good luck - we are all hoping you make it.

Not just President of the United States of America, he is the Supreme Arch-Priest of Nurgle.

Largely because around 40% +/- of the population think he is the second coming, and they seem to be unwilling to analyse his ramblings or remember what he said yesterday that he completely contradicted today. As long as he is “hurting the people he is supposed to hurt” they don’t care if they get hurt as well. And then there is the GOP, which has realized that if they turn on him they will all go down as well. Having to choose between their own power and the good of the country, well, the country can go fuck itself, apparently.

I completely agree with your post, but every time I see that “40%” figure I cringe. It’s only 40-ish percent of the eligible voters who bothered to vote. It ends up around 25% or less of the actual adult population of the country. It’s just that it’s barely enough of a critical mass for GOP politicians to crater themselves if they piss them off.