Trump could face up to 1,000 years in prison for his document espionage

Originally published at: Trump could face up to 1,000 years in prison for his document espionage | Boing Boing

I’ll be happily surprised if he actually serves a single day in prison.

I’ll be surprised if he even sees the inside of a courtroom.

Throw the book at him!

I would love for this to be true.
Would the sentences for the rest of his crimes be run concurrently?
Like that would matter.

Nah, this I believe will happen. If it does not, we are in deep deep shit. 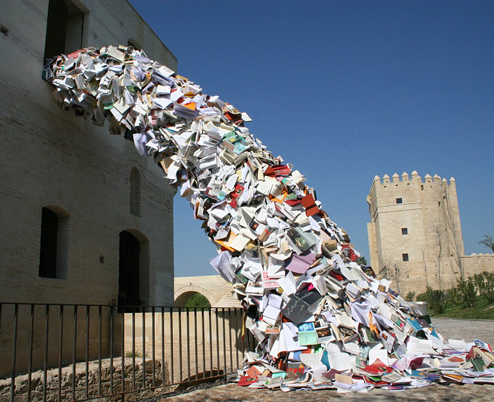 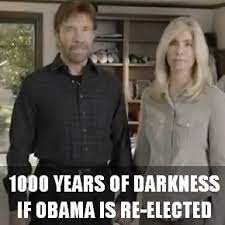 But it turns out he was speaking to Trump. 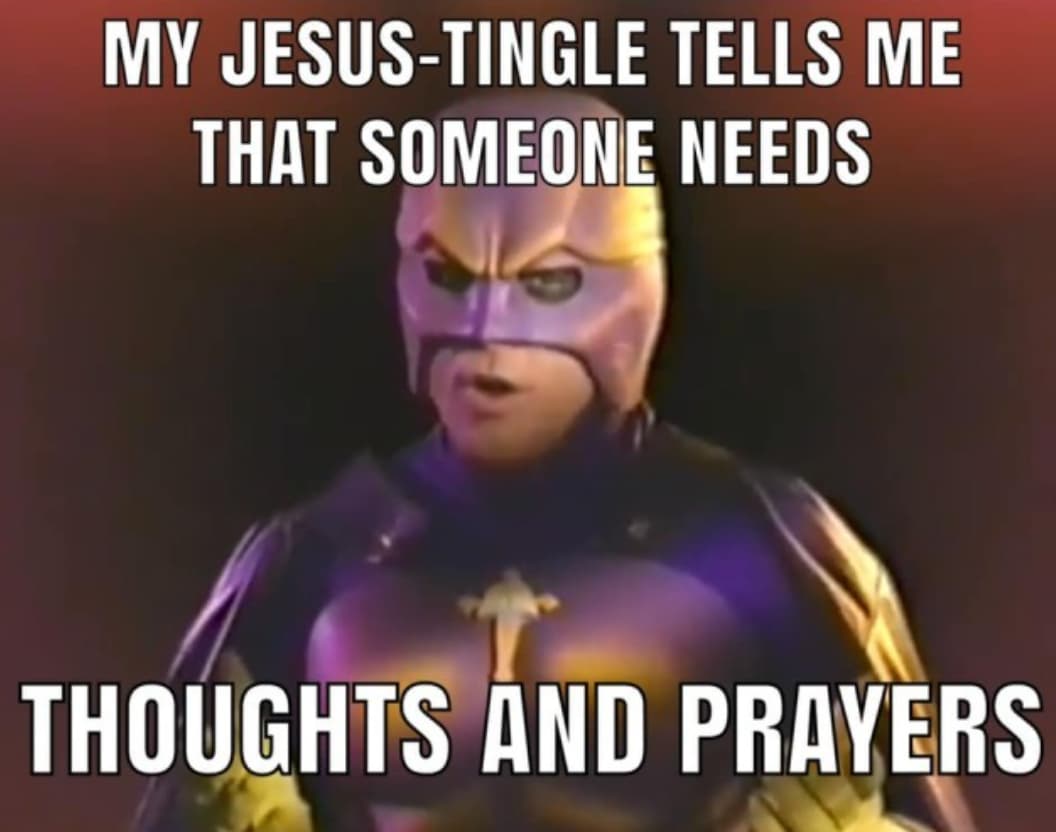 But I bet he can get that time cut in half for good behavior.

I have zero faith that Trump will ever be charged under the Espionage Act. That law has more often been used to silence whistleblowers, socialists, and create scapegoats that to prosecute actual spies. And most of the people charged have not been rich white men. Unless evidence is uncovered that Trump actually sold, or tried to sell, some of the documents to a foreign state, I think an indictment is highly unlikely. I would expect some slap on the wrist involving the Presidential Records Act, and maybe a backdoor agreement to not run for office again, but who knows. The Espionage Act has historically been used by the government to shut people up more than anything else. It’s kind of a shit law, to be honest.

… so are we coming up on the 11th year of darkness now?

Might have to seal him up in carbonite to complete the time.

Then it’s off to work release cleaning up after pig farms.

We keep thinking “this time he’s done for” and it never happens, so I’m not about to hold my breath.

But on the other hand this time there really isn’t any wiggle room-- he had the documents, he’s admitted to having them, and if “I declassified them” is his only excuse then he really is done for, maybe not “1000 years in prison” done for, but some kind of real punishment.

The Espionage Act has historically been used by the government to shut people up more than anything else.

That’s really not how that works, ever.

The daily beast did some really shady quote mangling here too:

“shall be…imprisoned not more than ten years” for each document willfully retained.

The actual quote from the US code:

Shall be fined under this title or imprisoned not more than ten years, or both.

So they elided the word “fined” and also added “for each document” after the quote which wasn’t there in the original document and is also not true.

Basically the way federal sentencing works: take the most serious specific charge someone is convicted of for a specific group of actions. There will be a guideline for that charge, generally much less than the “maximum”. Then add mitigating / aggrevating factors such as: additional counts of the same or lesser crimes, magnitude of the harm done, whether or not it was premediated, how much the defendant cooperated, prior convictions vs. first time offender, and so on. Then that indexes another table that gives a range for how much the actual sentence is. It can’t end up more than the maximum penalty specified in the statute but that is rarely an issue.

There are cases where unrelated crimes can have separate sentences that run sequentially but there is no reason to think that could happen here.

Uh oh. Put your money where your mouth is, Orangina. 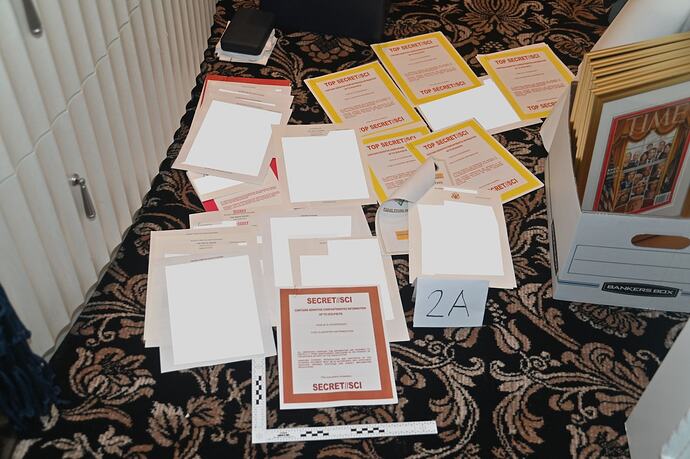 Order by Mar-a-Lago special master is the first time Donald Trump’s attorneys have been told to confirm or deny his claims that agents planted evidence or that documents were declassified.

In a Thursday afternoon filing, U.S. District Judge Raymond J. Dearie — the special master — told Trump’s legal team to state by Sept. 30 whether they believe any of the seized items were incorrectly described in the Justice Department’s 11-page inventory list, which said some of the documents were highly classified.

Dearie also told them to say whether they are claiming that any items on the inventory list were not in fact taken from the premises.

Trump has said on social media and in television interviews that the FBI planted items when they searched his Mar-A-Lago residence and private club on Aug. 8. He also claimed to have declassified documents found in that search that were marked classified and were highly sensitive. His lawyers have not made similar assertions in court, however, instead saying they have not reviewed the seized materials and are unable to confirm whether the government’s inventory list is accurate.

Right, like he’s ever had a day of good behavior in his life.

I will settle for 10 years. 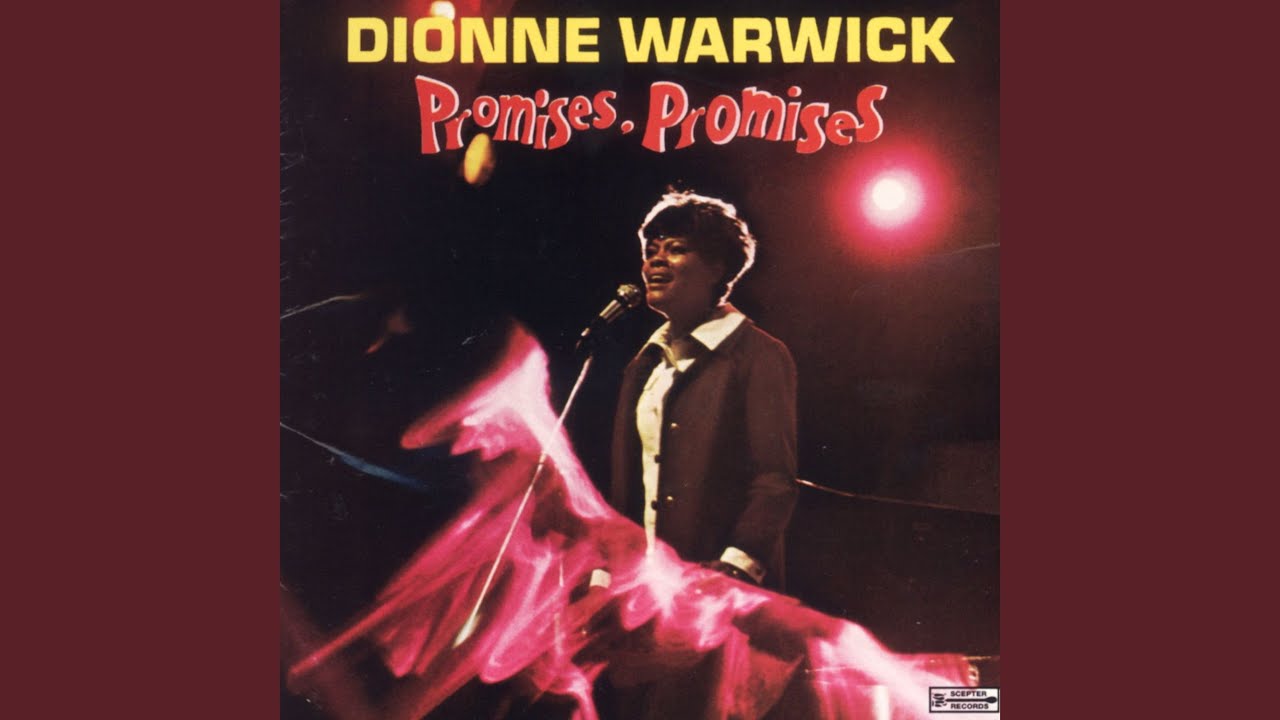