Trump under investigation for violating the US Espionage Act, obstruction of justice, and destroying federal government records

Originally published at: Trump under investigation for violating the US Espionage Act, obstruction of justice, and destroying federal government records | Boing Boing

Love to see it, don’t expect to.

More realistically the “barred from holding future office” part would be a pretty huge win in itself.

More than anything, I hope all this melee keeps the fucker from running for or holding office, ever again.

Hear, hear. January 6 proved how much damage his continued presence can cause even in an election he loses. If it was allowed to happen again the aftermath of his loss would likely be even worse. 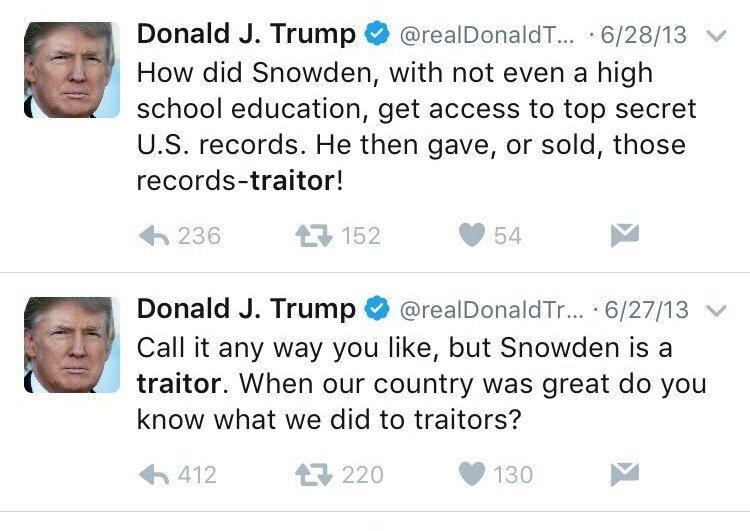 The problem is the constitution set the guidelines for who can be President and it doesn’t say anything about any later laws. Arguably as long as you meet those requirements, regardless of any others, there’s still an argument that allows him to be elected.
Is what I heard on NPR at least. I’m sure SCOTUS would have his back on it too. 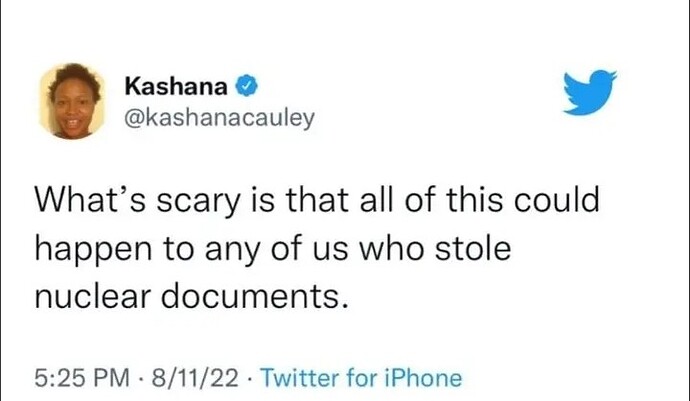 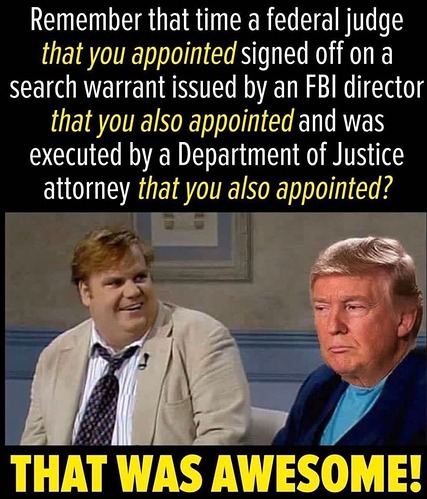 So…when are they issuing the arrest warrant?

And…have they revoked his passport yet?

Also…I wonder if it’s also worth looking in Melania’s dresser.

The Washington Post explains why Trump’s accusation is malarky

Short answer: because it’s something this grifter said. 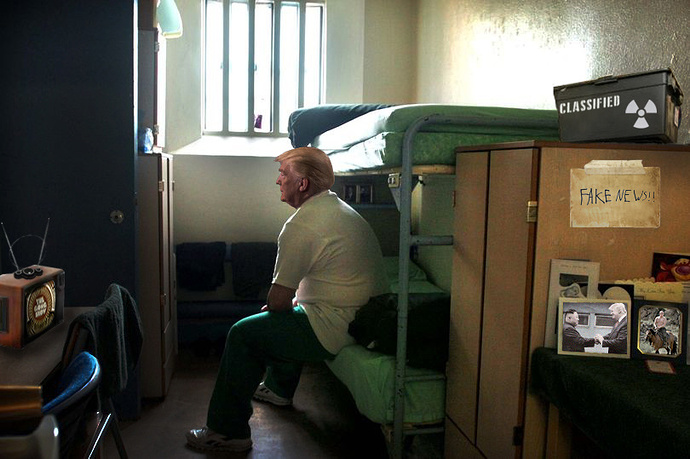 Don’t forget this it was Trump who signed the law making it a felony! Trump signed law making mishandling of classified info a felony — now it may come back to haunt him | Salon.com

I hate to well actually it, but… the judge was appointed by a panel of judges, it turns out. Dunno who made up that panel , though. Welcome to Florida and how they pick magistrate judges there. And the DOJ attorney that approved it was Merrick Garland, who wasn’t appointed by Trump but by Biden.

That said, the law they’re going for WAS signed by Trump, and there’s always a tweet. And when the FBI director, a member of the Federalist Society, signs off it says something.

Huh, so there’s Trump right out there admitting he had classified nuclear secrets? Nuclear secrets, espionage act… so… we’ve very much got a Rosenbergs type situation, then? Instead of “lock him up” have we jumped straight to “light him up”?

I just want you all to know, I love you very much. Hugs all around. We’re not done with the lying, grifting, racist, criminal sack of weasel dicks yet, but boy, seems like his ability to do the crimes he accuses others of is finally about to bite him in the ass. We can only hope.

Keep the faith, you awesome mutants.

Lock him and all his accomplices up for life in a cold, wet prison in the middle of nowhere. The only place fit for fascist scum.

Beau of the Fifth Column, who has a sensible head on his shoulders, thinks that if Trump is actually convicted of anything, imprisonment would be nothing more that house arrest.

The Gong Show on the TV instead of Fox News