Give all our money to corporations, take away minority and women rights, do all your lousy shit, but fuck with our internet and the pitchforks & torches are coming out.

I’m conflicted… I support Chairman Pai’s efforts to revitalize and strengthen radio broadcasting (heaven knows they’re needed!), but his support for gutting Net Neutrality really pisses me off… Public utilities are vital for all citizens and should be protected and held sacred, and that includes the internet.

He said he would also seek public comment on how to preserve the basic principles of net neutrality — the prohibitions of blocking, throttling and paid priority for online traffic.

And why is this important? Terrestrial radio is a Clear Channel controlled wasteland (thanks to deregulation).

It’s a problem when there’s nothing in physics to discourage bad things and you must resort to law to encourage good things. The solution seems to involve courage too.

The sad thing with net neutrality is: once it’s gone, it will most probably never ever come back.

Why, yes, I do live in a small town with only one crappy DSL provider. How did you guess?

Mr. Pai said he was generally supportive of the idea behind net neutrality but said the rules went too far and were not necessary for an open internet

Exactly. This seems more of a "let’s get the Obama stink off this very popular move, then drag out the process until people are convinced we actually did it, plus some *handwave handwave* that allows us to say “less government.” Aaaand along the way, deep concessions to industry, but it will also make internet cheaper and better, yeah, that’s it!. I hope this “public comment” session goes about as well as it did for the Obamacare repeal.

Hey guys we get to shitpost the FCC again.

Ah, the Rule of Law at work. Otherwise known as "Reality is what we say it is."
If we wish to bring corporations “ALIVE” then these Frankensteinian monsters will ravage the countryside and the rest of the world with gusto as any “living person.” They will do anything that they wish with no critique from the people they placed into office.
Let’s face it the ROL is more like LOL whenever it comes to justice for the People.
Too harsh?
The job of government is to crush their citizens. They have no other purpose.
Does this make you “feel” better?
It doesn’t make me feel better.
I first read the Constitution when I was 14 (almost 60 years ago) and memorized the Preamble not because it was a class assignment but because I I fell in love with it and our beautiful country. It’s Our Country and Our words that the oligarchy bastardized!
The Constitution of the United States means nothing to them other than a way to power.
I’m not a big fan of a “parsed” Constitution, I prefer the whole thing.

how to preserve the basic principles of net neutrality — the prohibitions of blocking, throttling and paid priority for online traffic.

Forgive the naivety, or just plain not paying attention to detail, but if the basic principles and prohibitions he noted are indeed preserved, what exactly is it that he wants to do that is not ‘neutral’?

I’d happily give up listening to The Morning Zoo on FM radio for net neutrality.

I see terms like ‘net neutrality’ and ‘privacy rules’ but let’s be clear what we are really talking about. The current administration seeks to eliminate consumer protections which is an odd thing for someone who ran on a populist ticket to do. We need to be simple and honest when we talk about what Trump is doing so that even his supporters understand. Trump seeks to eliminate consumer protection laws designed to protect the people who voted for him.

Trump seeks to eliminate consumer protection laws designed to protect the people who voted for him.

Absolutely. One of his favorite tricks has been to make sure that when consumers hear words like “regulations” and “rules”, they hear “things that hurt me”. The Bannon/Breitbart crowd have long cheered any reduction or elimination of regulations as a sort of Libertarian “power to the people” sort of thing. That way they can paint the elimination of net neutrality and consumer protections as things that just hold people back. The reality is that they’re specifically meant to lower costs, increase availability of the internet, improve its quality, and make people’s lives easier. Chairman Pai is doing his best to help corporations and hurt American citizens, and I’m unclear why that isn’t blindingly obvious to more people.

true - I never listen to anything but NPR anymore, because the rest sucks

I like talk radio and I only listen to podcasts anymore. I just can’t do the radio mega-conglomerate dictating sports and politics are the only things worthy of listening to.

Ref my own question above, this article helped me understand a little better some of the complexities and why he may possibly be right (for the wrong reasons) that the current regulatory approach needs to be ditched. (But probably not right about what should replace it). 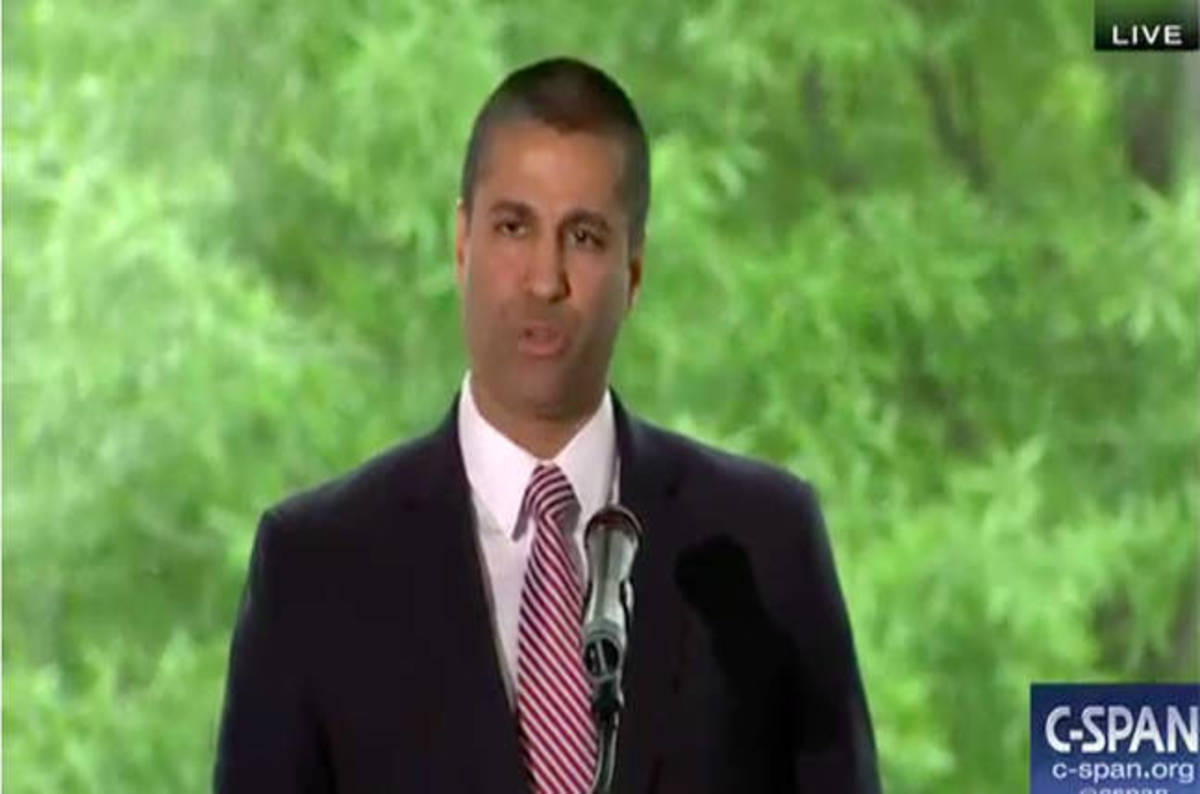 FCC's Pai: I am going to kill net neutrality in US

Watchdog boss opens can of worms, sticks partisan head in

I never listen to anything but NPR anymore, because the rest sucks

Fuck even NPR has been hard to listen to lately as far as their flagship news programs go.

On the plus side of the recent FCC deregulation of radio is that licenses for small we rock 20 blocks community stations are a growing thing.

I’m not sure how you got that from that article. It was super light on any actual details about how Title II was applied to ISPs. Back when it was done, there were many more articles that had much better and in depth review of how Title II was being applied.

When Pai says, Title II is not the way to achieve Net Neutrality, he’s directly contradicting the last court decision where ISPs sued over the original Title I rules. The court effectively said that Title I didn’t give the FCC the rights to set rules and they would need to use Title II to set Net Neutrality rules.

When Pai says, Title II contains all kinds of extra stuff, he’s willfully ignoring how the rules were set up when the Title II classification was done for ISPs. The Net Neutrality rules were specifically setup with all the same requirements as the original Title I rules and all the rest of the Title II rules were waived for ISPs. Done to satisfy the court’s decision that Title II was required for the FCC to have the rights to set the rules at all.

Pai’s plan to set and enforce the rules he says he’s still in favor of is to ask companies to voluntarily agree to them. And based on a public voluntary agreement, then AFTER they break it and cause harm a customer could petition the FTC to deal with the broken promise. But, there’s nothing that says they cannot change the promise, either completely or just enough to not be breaking it. There’s not preventative action that can be taken, only after the fact and only with a complaint. It’s wishful thinking that this will work and that a voluntary promise to “play nice” will prevent a business from leveraging a monopoly or near monopoly in one part of it’s business to create advantage for another part.

If every ISP was just a “dumb pipe” company, this might work. Since, there would be no competing forces anyway. But, they’re not. Almost all of them are also “content” companies. It’s a very small risk to provide worse service on the “dumb pipe” side where it’s a monopoly to prop up the “content” side where it has to compete.

I’m not even sure why this isn’t super obvious to everyone. If I pick up a phone, dial a number to call grandma or my congressman and the phone company was able to say, “sorry you need to pay extra for that call vs every other call that’s just like it” or “sorry, your congressman hasn’t paid us to allow you to call him even though you’re paying for the phone call”, or “sorry, you’ll need to pay extra if you want good call quality, for the basic fee you can only hear every other word”. Any of those on an actual phone would immediately be seen as wrong. Change the phone to a computer and the call to digital data on the Internet and all of a sudden it’s all accepted? How is that not blindly obvious that the “dumb pipe” should be just that a “dumb pipe” and not some thing where the provider get’s to dig into every use of it and decide what’s allowed and what’s not.