They fit the definition now. People live in fear of ICE even when they are legally citizens. 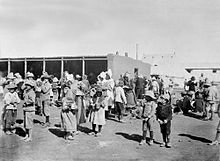 Internment is the imprisonment of people, commonly in large groups, without charges or intent to file charges. The term is especially used for the confinement "of enemy citizens in wartime or of terrorism suspects". Thus, while it can simply mean imprisonment, it tends to refer to preventive confinement rather than confinement after having been convicted of some crime. Use of these terms is subject to debate and political sensitivities. Internment is also occasionally used to describe Interne...

Don’t wait for them to become death camps. 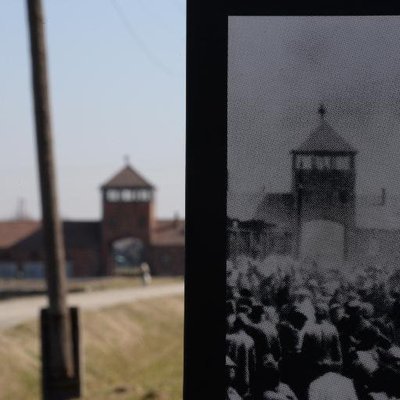 @AuschwitzMuseum
When we look at Auschwitz we see the end of the process. It's important to remember that the Holocaust actually did not start from gas chambers. This hatred gradually developed from words, stereotypes & prejudice through legal exclusion, dehumanisation & escalating violence.
19 Likes
#NeedsMoreLikes
mike_mountain June 5, 2019, 12:16pm #22

and they will be called “Freedom Camps”…

It’s still a crime against humanity, as defined by the UN.

It looks like the same groups are being targeted as in the 1930s (with the new scapegoat of Muslims and less focus on Jewish people so it doesn’t appear as obvious to centrists). And, yes, transgender poeople were among the first to be target by the Nazis, they had won rights during the Weimar republic that were stripped from them before they were rounded up using lists stolen from Magnus Hirschfeld’s Institut für Sexualwissenschaft.

The American Heritage Dictionary defines the term concentration camp as: “A camp where persons are confined, usually without hearings and typically under harsh conditions, often as a result of their membership in a group the government has identified as dangerous or undesirable.”[7]

How do these camps not fit this definition?

I did not call it a concentration camp. Formally it is a correct term, although as you write, it has become too associated with the nazi death camps to use lightly.

It’s in the title of the article.

I did not designate fault ot anyone, just putting my two cents.

Glad you agree on the rest.

Oh no, let’s not be too harsh when describing the way this administration is imprisoning children! We might make people uncomfortable!

Hate to nitpick, but I don’t think that picture in the hed is of any building at Fort Benning.

Another nitpick: using our military installations as concentration camps for kids is odious and a disgrace.

Well, as a person of Japanese descent, I’m not old enough to have been in the camps myself, but the generation before mine was, and they had a lot of stories about the US concentration camps.

This seems pretty fucking similar. Oh yeah, except children weren’t routinely separated from their families. We’ve reserved that little bit of cruelty for this “didn’t learn a fucking thing from history” (or at least didn’t learn the right thing) generation of politicians.

Thank you for providing some much needed tone policing.

It breaks my heart that this comment only has 7 likes…

Children are dying, people are being stuffed into overcrowded cells, etc. This doesn’t need to rise to the level of genocide to be a human rights violation. What is happening is bad enough and should stop now. if you find it acceptable to put children into camps on military bases, maybe you need to re-examine your priorities a bit.

This was uncalled for, Mindysan.
Your post is the proof that more and more this forum gets to the level of overemotional accusations. I’m not the one you have problems with.
Please read my original post without getting angry and assuming things that are not in it.

To be fair, they do have a point. And I do not think it is not fair to call them out for “tone policing”.

The difference between Konzentrationslager and Vernichtungslager exists, but it’s not generally perceived. Millions of people were killed in concentration camps, without being sent to extermination camps.

@xeni used the term on purpose, and it isn’t an exaggeration in the original sense. We could discuss about historical British concentration camps in today’s Namibia, and other concentration camps around the world, but the term is indeed strongly associated with the Nazis.

The current policies are neofascist, and the link to historical fascist and their rhetorics and policies is working in this headline.

I would aegue we (and I definitely include myself) need to be very careful with our language and historical comparisons not to shit on the graves on millions of people who were killed, or exterminated, obliterated, during the Nazi reign.

Never again is a promise which grows from the unprecedented horrors of the Second Word War. I intend to keep it without diminishing or even debasing the memory of those who fell victim to my ancestors.

Personally, therefore, I would not use the term, and I would not encourage the usage. But I would also very much like to express my horror in seeing the current US policies towards “undesirable” human beings.

There is one German sentence which resonates very strongly with me when I see children detained in a military camp. “Wehret den Anfängen.”

This isn’t even an early stage of an “Anfang”. This is neofascism. Make no mistake, if such things happen without being strongly opposed by society, more innocent people will die.

i don’t understand your timidity. i think enough people understand the difference between a concentration camp and a death camp here that we have no need for being coy about it. as for making assumptions, you’ve spent so much time tone policing what we should call a place where children taken from their parents are crowded together on a military base that i really don’t know what your opinion of the process and the place is.

I’ve sent you a private message about my opinion about the president, the UN etc, but this is missing from the end: I blame the American politicians to pussyfoot around the issue. I blame the major TV networks for not broadcasting accurately about the issue. I blame the majority of the public that cares more about fictional romcom characters, celebrities, talkshows, frappucinos and cars than about their fellow human beings.
I do NOT blame the government EMPLOYEES who have to take care for (or find a place for) at least ten thousand children every month. Where would YOU put them?
Still not a concentration camp.

No, I will call them concentration camps because they serve the same pupose, and the people who want them have the same goals, as the originals. They are designed by paranoid hateful racists who want a place where they can forcibly segregate people they consider “inferior” or “impure”. THEY HAVE NO OTHER PURPOSE.
I swear if I was still in uniform and I received orders to do anything that would further this egregious, evil misuse of military assets, I would mutiny.

Where would YOU put them?

if they came with their parents or other relatives i would keep them with those relatives and allow them to enter the country freely while they awaited their asylum hearing.

if they came without their parents or other relatives but they have relatives who already live here in the states i would let them stay with those relatives.

if they came without relatives and have no relatives here i would enroll them into the foster care system until they could be reunited with relatives.

and while i do not necessarily blame the general run of government employees for the situation, i would certainly lay blame for deaths, abuse, misplacement, and the general mistreatment that these children have suffered on those employees responsible for such treatment.

This effort will have no impact on DOD’s ability to conduct its primary missions nor on military readiness," he said.

Well, I feel better. JFC. The fact that they knew that this would be a significant number of people’s primary concern makes me want to fucking cry.