Pretty much everyone in that primary was going was like an “Aliens vs. Predator” situation. Whoever wins, we all lose.

don’t get comfortable tommy, he’ll turn on you too.

Missing from this bit is the hilarious fact that Tommy Tuberville isn’t a politician. He’s a football coach. HIs Alabama name recognition comes from the fact that he was the head coach at Auburn – the Alabama Crimson Tide’s cross-state rival – from 1999 until 2008.

Will Farrell, if you’re reading this, why haven’t we seen the sequel to Ricky Bobby, where he runs for governor and wins?

Any person who Nostradumbass is looking to “back” or “support” should just see how the Sessions/Trump relationship timeline looks.

Anyone with any logic or reason should see that and say “NOPE! Only a matter of time before this buffoon either forces me to do something criminal or turns on me at a whim”

OFC…asking anyone in the GOP to have logic or reason is a big ask. I know.

Also missing is…He effing SUCKS as a coach. His 7-6 bowl record is atrocious given the talent that flows through Auburn. He was barely able to keep Ole Miss at .500, then had 2 good years at Auburn, every other year was barely above .500. Then went on to Texas Tech AND Cincy and was .500 at both stops. He is a lousy football coach.

So this guy is worse than Sessions!?!?

don’t get comfortable tommy, he’ll turn on you too.

This is a fitting end for Sessions’ career considering the only reason he left that Senate seat in the first place was to join Trump’s cabinet.

Choosing to throw in one’s political future with Trump is like taking a job with a supervillain who regularly executes his own henchmen at the slightest whim.

Choosing to throw in one’s political future with Trump is like taking a job with a supervillain who regularly executes his own henchmen at the slightest whim.

But, to be honest, he’s not even a very good super villain. More like “taking a job with an incompetent, syphilitic, half-wit supervillain who regularly executes his own henchmen, but is too stupid figure out how to operate the frickin’ lasers on his own.”

More like “taking a job with an incompetent, syphilitic, half-wit supervillain who regularly executes his own henchmen, but is too stupid figure out how to operate the frickin’ lasers on his own.”

Villain: Which one of these buttons operates the trap door in front of my desk, again?

Minion: The red one shaped like a skull, sir.

Villain: I knew that, dumbass!

Trump is like an evil Inspector Gadget…halfwit that unwittingly solves something only with the help of his accomplices/enablers niece and dog. And he keeps his niece and dog in line with stupid tweets and threats.

Except Trump hates dogs and his niece just wrote a tell-all book about him.

A fitting end to a terrible career. The best that can be said about Sessions is that, after decades of undistinguished and hateful service in the Senate, having done his best to elect a deeply unfit and vile person to the presidency and having been rewarded with an elevated post for which he was neither well suited nor particularly qualified, he adhered to the barest minimum ethical standard required of his position by recusing himself from the Russia investigation. 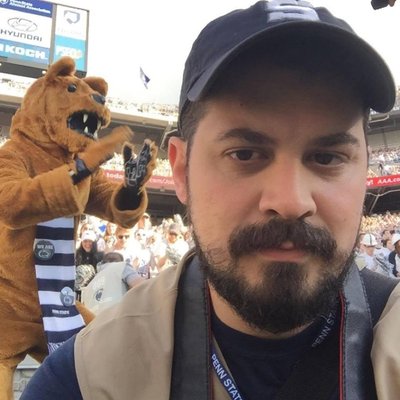 Alabama Democrats bringing the viciousness of a mid-2000s college football message board to a race involving one of the sleaziest college football coaches is probably the best unexpected development of the election cycle. twitter.com/haitiandvorce/… 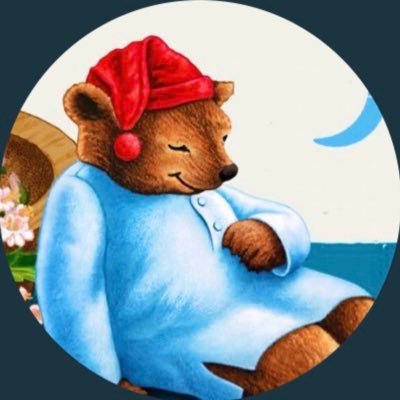 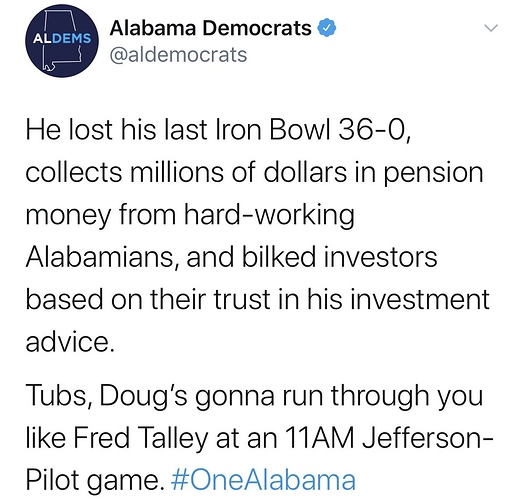 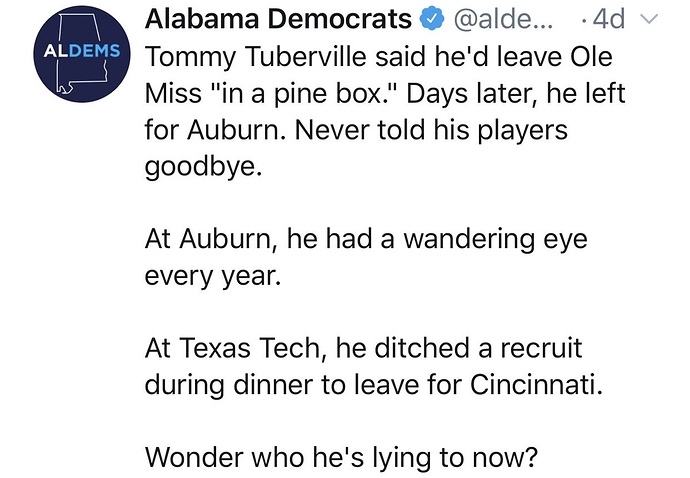 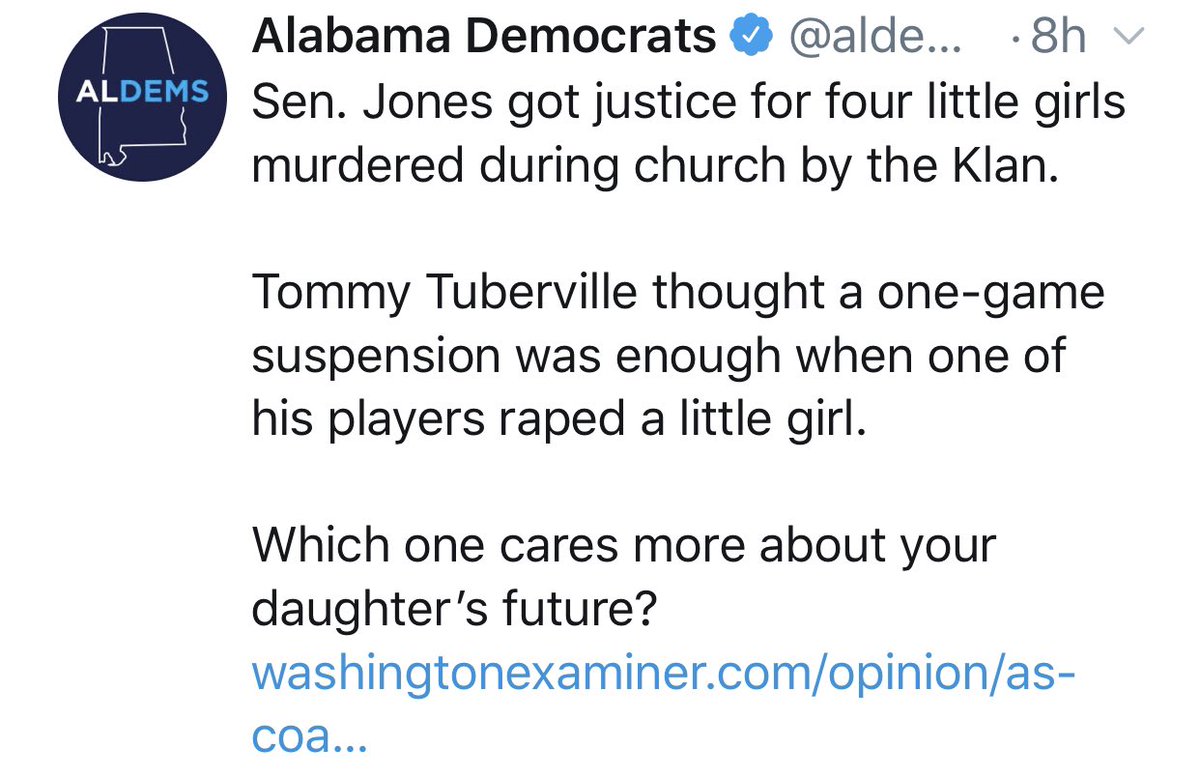 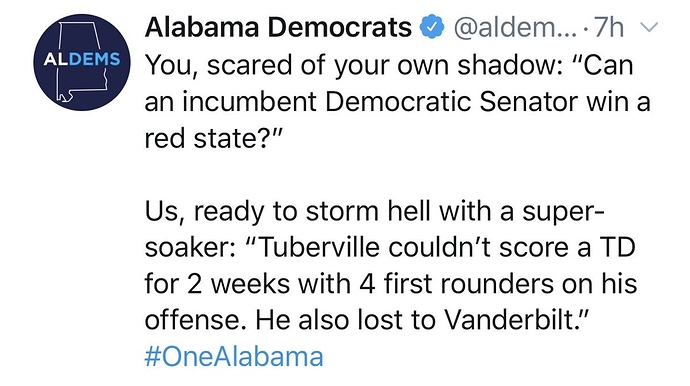 This isn’t good or bad news for the country, we’re still in deep shit.

But, I am hoping in a petty fashion, that Sessions spend the night gnashing his teeth, weeping and tearing at his pajamas, overwhelmed by the recognition that his humiliation is utterly complete.

It’s unkind to want him to suffer, and I am feeling quite unkind today, because fuck that racist garbage person. If I met him I’d point and laugh, from a safe distance. 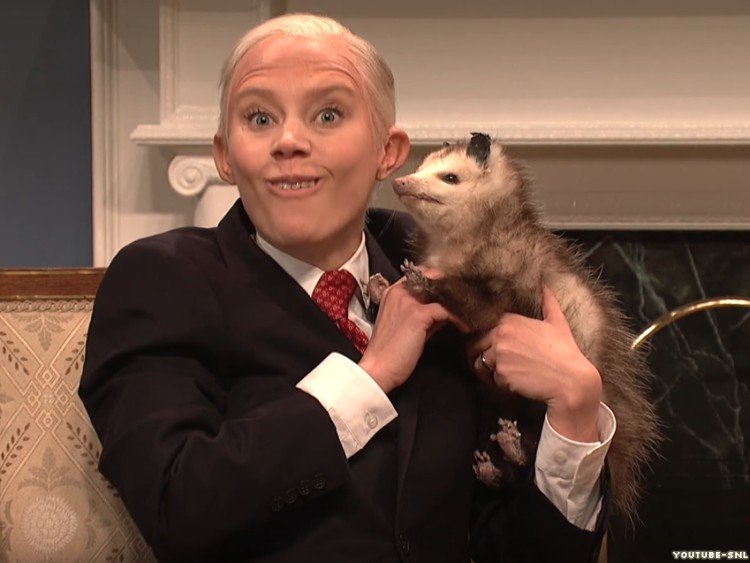 This is what the KKKeebler Elf gets for not studying history. Anyone who does knows that if you don’t show sufficient loyalty to the fascist regime you joined they’re going to ruin you.