Instead, Trump said he believes Easter will mark “the peak number, and it should start coming down, hopefully very substantially at that point.”

This sounds like what he would say to his investors marks about the next quarter results. “We’ll see peak revenue by April 30…” all while he knows it will never happen and already figuring out who to blame…

I wonder what tomorrow’s 180 will be?

It all makes sense if you remember he has a degenerating mind and he’s completely nuts.

He doesn’t have a degenerating mind. He has the mind of a degenerate and always has.

But it is the Sunday after the full moon after the calendrical spring equinox, not after the actual, astronomical vernal equinox, which may differ. And it used to be Saturday. The figuring out of when to celebrate the beaming up of the JC-zombie is called “computus”. It is difficult. Only the pope can do it.

And if the virus starts to mutate rapidly, all bets are off. 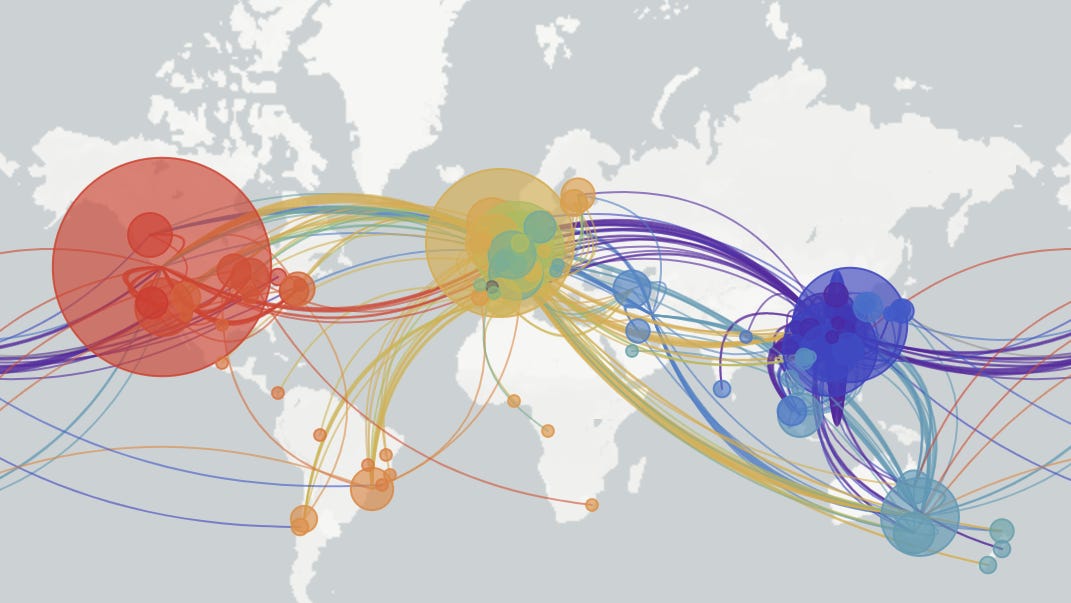 8 strains of the coronavirus are circling the globe. Here's what clues...

Scientists sequenced the genomes of eight coronavirus strains circling the globe providing hints about the effectiveness of efforts to halt the virus.

As strange as these times have gotten, I find it helpful (if disconcerting) to remember that the CDC is not calling the shots this time, as might be expected.

No one agency or person seems willing or empowered to step up and take charge of the situation in a meaningful way. That’s unfortunate, but it’s the way things are.

If David Ho or Anthony Fauci get on TV and say something that impacts me, I am going to pay close attention. My own state governer has sounded pretty reasonable so far, and has lagged by only a week or so, on the guidelines I have voluntarily adopted.

The things that come out of that orafice belonging to the angry pumpkin, might as well just be noise in the wind for a the authority it conveys. The lives and livelihoods of the people important to me, don’t afford me the luxury of paying much attention to the distaction-in-chief.

also “great things” are coming in June… What twisted crap is on his oatmeal brain now?

That presumes he actually has something in mind, and it’s not just another empty promise of “great things that will be happening” that he frequently makes, figuring - correctly - that his followers (like himself) have the attention span of a brain-damaged Cocker Spaniel and will have forgotten any promises he made by then.

Though it is possible he had something in mind - apparently Jared has been filling his head with second-hand anecdotes from Tech billionaires about promising treatments on the horizon that no one involved in the conversations actually knows anything about. Apparently Trump retains just enough of these stories, which he failed to understand, to be convinced the whole virus thing will be solved in a few months (something he wants to believe regardless of evidence anyways).

If it hit 500,000 he’d say “They said it would be much higher, but they were wrong. Just like they always are. You’re welcome.”

Let’s face it - he’ll say that regardless of how many people die.

He deferred to the experts (for once).

I wouldn’t count on it. Far more likely some other delusion, contrary instinct, or need to avoid negative press coverage made him say that. It also doesn’t mean he won’t contradict himself (several times) before then, either.

People want to unite around a leader to see them through a crisis.

People should develop better taste in leaders and make a reasoned decision based on established facts.

Thank you sweet lord baby jeezus once again, for making me a non-American.

"It all makes sense if you remember he has a degenerating mind and he’s completely nuts. "

So… If we make comments on mental status/potential diagnoses, we get censored/it’s against the rules, but it’s cool to do it in the main article?

Not that I’m disagreeing, but…

I wouldn’t count on it. Far more likely some other delusion, contrary instinct, or need to avoid negative press coverage made him say that. It also doesn’t mean he won’t contradict himself (several times) before then, either.

Oh, I have absolutely no doubt that he based the decision solely on optics. Publicly though he did defer to the experts. Regardless of the reason, that’s a good thing. So I say praise him for it like a child who has just successfully gone potty … because he might bask in that praise and continue this 1-day roll of not defecating wherever he feels like it.

He deferred to the experts (for once).

Give it a couple of days…

The magic 8 has a D20 inside, so we’re missing 12 remarks. I imagine most of them have something to do with Obama, Clinton, and the media. Of course given his mental capacity, some of them are probably blank.

Eating bats doesn’t kill people, lying corrupt governments do!
That was supposed to be a title targeting CCP Government, but I guess Trump got his part of responsibility here too. 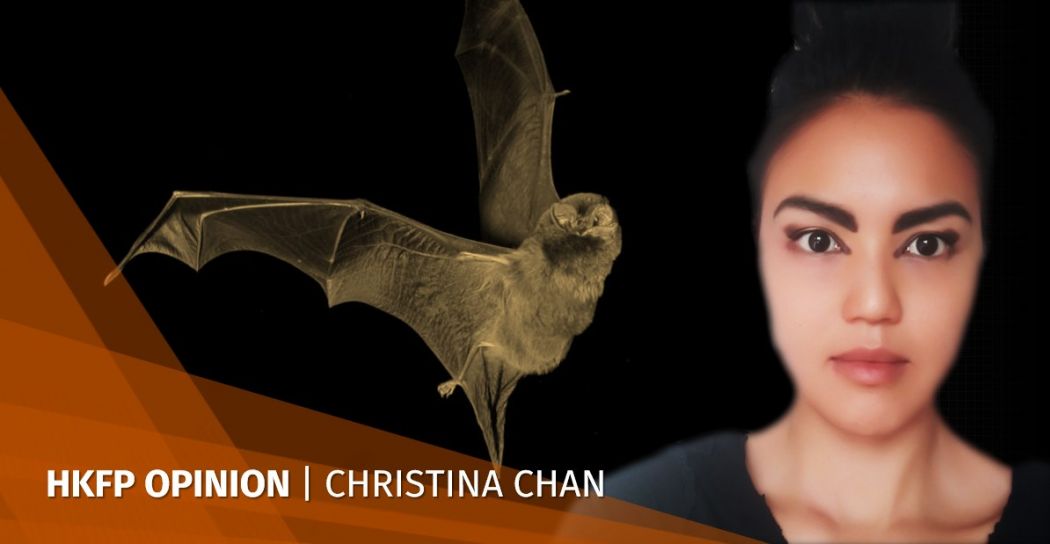 Last week, scientist Yuen Kw-yung, who has been the chief advisor to Hong Kong on the new coronavirus, published a wiy controversial op-ed along with his college David Lung. The two microbiologists defended the use of the term “Wuhan virus,” stating...

In his first sermon Jesus declared the year of the lord, or the jubilee year to establish debt forgiveness and to restore the economy to balance. Monopolists, creditors, and landlords-recipients of unearned income-have more power now than they did when they nailed Jesus to the cross.

Except those numbers are a moving target too. Mortality rate really can’t be pinned down until after an outbreak.

herd immunity from a high percentage of the population surviving the virus,

I don’t think they even know if surviving grants you any immunity from reinfection If it does, it could only be for a short time. SARS surviors got only about a years worth. Also, the thing could still mutate.

“I could tell you, but I’m not going to tell you.”

Funny how that works, ain’t it?

My wife just told me that the manager of her restaurant thinks everyone should go back to work.

I even told him about a graphic I saw that said in Colorado alone without social distancing 33k people will die while only 11k will die with it. He was like “huh. I’ll volunteer to die if we can go back to normal.”

Dude is over 60 and smokes like a chimney. Unless he’s being fatalistic about it, or not taking it seriously, he’s statistically likely to die either way.

He deferred to the experts (for once). Let it continue, at least until he gets voted out in November.

He’s not deferring to experts. What he’s doing is stirring his base, and it just happens to coincide with what the experts are saying. Don’t expect this to be the last word he has to say on the matter. If the wind shifts, he will shift with it. His brain is a sock on a pole.